Should rural broadband growth be propelled by fiber or 5G?

Some broadband advocates and state ag groups are pressing the Federal Communications Commission and Department of Agriculture to prioritize funding for fiber deployment over 5G wireless technology when it comes to providing high-speed internet in rural areas.

Both agencies have developed programs as an attempt to get broadband to rural Americans who need it, but argue it is up to the customer and provider to determine if 5G or fiber is the right fit.

The FCC program, known as the Rural Digital Opportunity Fund (RDOF), would target $20.4 billion to nearly six million homes and businesses in areas that are unserved with download speeds of 25 megabits per second (mbps) download and 3 mbps upload.

When the Commission announced the public notice for RDOF auction procedures last Monday, FCC Chairman Ajit Pai said RDOF will make sure limited universal service dollars bring the fastest broadband networks possible to as many Americans they can.

“It will help determine everything from which service providers can participate and the way bidding in the auction will be conducted, to how the Commission will award support to bidders and vet them to ensure that they can deliver the services promised to their customers,” Pai said in a statement

USDA’s Broadband ReConnect Program makes $600 million available in grants and loans to providers seeking to build and improve broadband infrastructure on lands, buildings, and other facilities.

But there's an ongoing conversation between the FCC and stakeholders as to the best use of that funding and whether 5G or fiber should be used to provide broadband service to rural areas. Some farm organizations worry the FCC will move forward with 5G in many rural areas just to consider the area covered with broadband to accomplish its goal of closing “digital divide.”

Janie Dunning is a broadband consultant for the Missouri Farm Bureau Federation and former USDA Rural Development State Director for Missouri. She argued 5G is not going to be the answer for some rural areas in Missouri.

“Our terrain makes it very difficult for wireless or anything that bounces off a cell tower to work because there is a lot of interference and lack of reliability that it is going to work,” Dunning told Agri-Pulse.

Dunning said MOFB is trying to be technology neutral and realizes fiber also has its limitations, but she argued wireless technology still requires fiber.

A fiber internet connection works through connected wires and cables; 5G is fifth-generation wireless for cellular technology which transmits data through a network of antennas and cell phone towers. 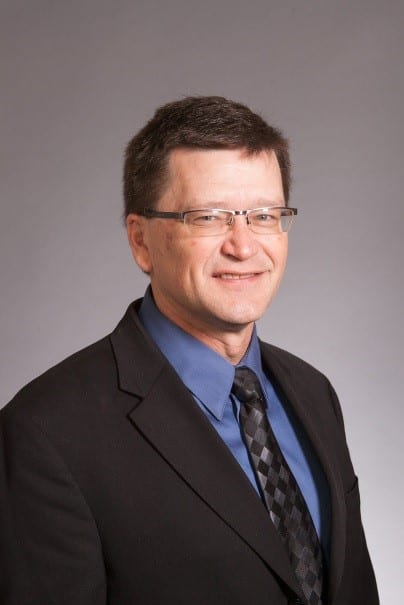 “We have a lot of open spaces out west. So, if you’re in ag out in that area ... fiber optics is probably not going to be the most appropriate thing to get to your place, so 5G becomes more important,” Scott, also the vice president of the American Soybean Association, said.

Scott, who has had fiber optics to his home for six years, did not discount fiber could work better in more populated areas.

Missouri Farm Bureau is closely watching RDOF money because it builds off FCC’s Connect America Fund II (CAF2), which Dunning noted was awarded on bad mapping data. She also said some companies did not build to 100 mbps download speeds as they had committed to do; Dunning fears it will the be same with RDOF.

Earlier this month, the National Association of Counties released a report showing two-thirds of U.S. counties are experiencing internet speeds below FCC minimum 25/3 standards. The report blames the lack of service on flawed data provided by the broadband industry, but Dunning said 25/3 speeds are even beginning to become outdated.

“FCC did some awards on the basis of 25/3. In some of those cases, if you look at precision ag, it won’t even work anyway,” Dunning said, referring to money awarded in the CAF2 auction.

“If you really want to get that capacity and that speed, it has to travel over the biggest highway possible and that is fiber,” Bloomfield said. “We’re really concerned with a lot of efforts people have to try to dumb down the technology.”

Bloomfield is afraid RDOF money will be used as an “experiment” with different types of technology - satellites, for instance - rather awarding it to providers who want to deploy fiber where it's needed.

However, both Dunning and Bloomfield are not as concerned about USDA’s ReConnect program. 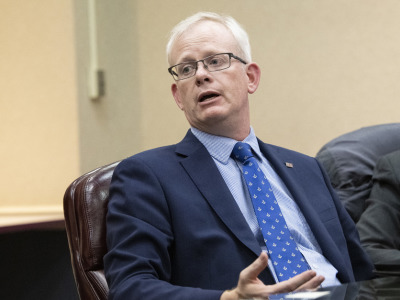 Since the start of the ReConnect program in 2018, USDA has awarded $614 million in a combination of loans and grants; roughly $392 million has been grants with another $222 million loaned out.

USDA Rural Utilities Service Administrator Chad Rupe told Agri-Pulse 5G and fiber complement each other, but it’s not his place to say which one is preferred over the other.

“The customer really has to determine that, and we’re there to support it where it makes sense,” he said. “Where they can make it financially feasible and technologically feasible and meets the needs of the customers in the area.”

The department has approved 13 rural electric cooperatives’ ReConnect projects compared to 56 telecommunications companies including a few towns, to build out rural broadband in fiscal year 2020.

But in the Telecommunications Infrastructure Program for 2019, USDA approved a total of 12 projects. Eight of those were for cooperatives.

Rupe said it all depends on who is willing to service an area.

“If you can’t get a telephone company that’s a corporate model into an area then sometimes the not for profit models make sense to help meet that need,” he said.

Dunning did note most of MOFB conversations have centered around fiber vs. fixed wireless, not necessarily 5G.

She said concerns are not so much turf battles but the need of the residents for different technology and speeds.

“In fact, we are starting to see some discussions and partnerships between the two entities in MO,” Dunning said. “What we have focused on is bringing all types of entities and providers to the table to work together.”

"We're trying to help coordinate that effort with the NTIA at the Department of Commerce as well as the FCC and matching that up with state broadband managers located throughout the U.S. so we have good solid information as we look to make decisions on how to spend taxpayer funds effectively," he said.

Last week, the agencies submitted a report to Congress on rural broadband deployment coordination efforts, mandated by the 2018 farm bill.

The report detailed how the three agencies have “built strong working relationships” together to “avoid waste and duplicative federal funding” along with providing information about where rural broadband service is needed.