As Congress gears up to write a new farm bill, many commodity groups are calling on lawmakers to raise reference prices to reflect soaring commodity prices and input costs.

The National Corn Growers Association isn’t on board with that idea yet. Delegates to NCGA’s Corn Congress on Thursday voted down a resolution that called for increasing reference prices, which trigger payments to growers.

He stressed that it’s still early in the process, since the bill won’t be written until next year at the earliest.

The policy NCGA did adopt simply calls for “improvements to Title I commodity programs in order to strengthen the farm safety net.”

By the way: Alarmed by EPA’s regulatory actions on products such as atrazine herbicide, NCGA delegates unanimously passed a resolution calling on President Biden to maintain grower access to crop inputs.

The top Republican on the House Ag committee, Glenn “GT” Thompson, is pushing the idea of shifting commodity programs toward protecting farmers based on margin rather than market price.

In an Agri-Pulse Newsmakers interview, Thompson says lawmakers still need to get more input from farmers. But “then, the discussion is, should we be looking more to a margin-type instrument versus a reference price?” He says existing reference prices are “really meaningless if you have this super high inflation, because unfortunately, I don't see signs of that slowing.”

The Dairy Margin Coverage program, which protects farmers based on the difference between milk prices and feed costs, has proven popular with dairy farmers. But NCGA’s Edgington questions whether a margin program could work for crop farmers. Production and input costs are more variable in row crops, he said.

Take note: Thompson didn’t quite shut the door on increased funding for the next farm bill. “We don’t know yet” what’s needed, he says in the Newsmakers interview. “We need to do a good, thorough assessment and analysis of the state of American agriculture, and then we'll build a farm bill to meet that need.”

This week’s Newsmakers is available today at Agri-Pulse.com.

Retail meat and poultry prices were 18% higher in May, when compared to 2021, the quarterly report says. Supplies are also tighter, particularly in the cattle industry, with ranchers culling cattle due to poor pasture conditions and higher corn and hay prices.

But, but, but: There's a silver lining for producers. Low cattle inventories, when paired with excess processing capacity, should lead to more money in ranchers' pockets, especially over the next 12 to 18 months.

By the way: CoBank expects fertilizer prices to remain high for a while and says farm supply co-ops face additional risks heading into the fall: “Asian-made crop protection chemicals continue to be in short supply and interest rate hikes will make borrowing more costly.”

U.S. ag exporters won’t get reduced tariffs out of the proposed Kenya pact announced by the Biden administration. But the U.S.-Kenya Strategic Trade and Investment Partnership still has the potential to improve trade if negotiators can bring down non-tariff barriers.

Tariffs are the primary concern for U.S. rice exporters, but it’s bureaucracy in Kenya that is one of the major barriers to U.S. poultry, says USA Poultry & Egg Export Council President and CEO Greg Tyler. Kenya’s refusal to issue import permits for poultry and the country’s demands for burdensome third-party safety certification are two major issues, he told Agri-Pulse.

PCS Nitrogen has agreed to treat more than a billion pounds of acidic wastewater over the next several years as part of a settlement involving contamination at the company’s former phosphate plant in Geismar, Louisiana.

Now owned by industry giant Nutrien, PCS Nitrogen manufactured phosphate fertilizer products at the plant from the 1960s through 2018, but “failed to properly identify and manage certain waste streams as hazardous wastes,” EPA and the Justice Department said in a news release.

The hazardous wastes “were illegally mixed with process wastewater and phosphogypsum from phosphoric acid production.”

Nutrien is considering building a clean ammonia facility on the site.

Business is booming for ReConnect 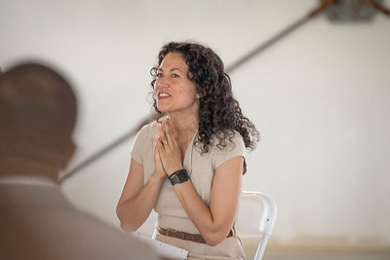 USDA’s Rural Development leader says the department is seeing more demand than ever for broadband funding.

At a Capitol Hill roundtable Thursday, Undersecretary for Rural Development Xochitl Torres Small said the third round of the ReConnect Program had more than double the applications the department received in either previous round.

"Rural Development is working hard with the Biden administration and Secretary (Tom) Vilsack to make sure that we’re reaching rural places when it comes to high-speed internet, and Rural Development has key experience in doing that” she said.

He said it. “Keep producing!” - Iowa GOP Sen. Chuck Grassley’s parting words to members of the National Corn Growers Association after speaking to the group Thursday.