Carbon market for ag set to debut in 2022

A new market is on the way for farmers and companies that want to meet climate change goals, led by a think tank and a coalition of companies and nongovernmental organizations.

The Noble Research Institute project has been in the works for about two years, when NRI began speaking with agricultural stakeholders about the potential for a voluntary market. In February 2018, the institute convened a steering committee, and last month the Ecosystem Services Market Consortium was announced.

Companies involved in the ESMC include ADM, Bunge, Cargill, General Mills, Indigo Agriculture, Mars and McDonald’s USA. Noble, the Soil Health Institute and The Nature Conservancy also are part of the effort.

Noble says ecosystem services markets can help mitigate up to 89 percent of agricultural emissions its emissions by incentivizing farmers and ranchers to sequester carbon in the soil.

“We’re getting great interest not just from the companies but also from agricultural interests,” says Debbie Reed, executive director of the consortium, who has been working on the project since 2017. 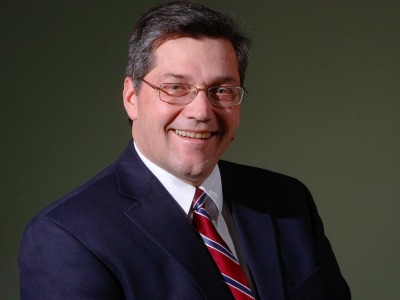 “The phone’s been ringing off the hook,” says Bruce Knight of Strategic Conservation Solutions. Knight, the former chief of the Natural Resources Conservation Service, is a consultant to the project.

A big impetus for companies to get involved, Reed said, is in order to meet emissions goals laid out in the Science Based Targets Initiative, a voluntary effort now including 534 companies that have committed to achieving greenhouse gas reductions.

Those “Scope 3” emissions “are all indirect upstream and downstream emissions that occur in the value chain of the reporting company, excluding indirect emissions associated with power generation,” according to Gold Standard, a nonprofit foundation in Geneva, Switzerland, that certifies carbon offset projects.

Companies that are part of the ESMC say there are clear benefits for producers who adopt practices aimed at conserving soil, which is the primary focus of the effort.

“There are opportunities to save money while doing this work and having the same or better yields,” says Jerry Lynch, chief sustainability officer at General Mills. The company recently announced a goal “to advance regenerative agriculture practices on 1 million acres of farmland by 2030.

“These practices focus on pulling carbon from the air and storing it in the soil in addition to helping the land be more resilient to extreme weather events,” General Mills said. 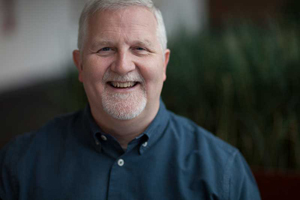 Lynch says interest in soil health has picked up in recent years. Last week, General Mills-led soil health academies in Canada — which also drew some U.S. participants — attracted 150 people representing about 100 farms, or twice as many as General Mills expected.

“For producers, it provides greater resilience on land and financial resilience,” Lynch says, noting that higher organic carbon content in soil can reduce the amount of water and nutrients a grower needs to apply.

This year, the project is running pilots on ranches in Oklahoma and Texas covering about 70,000 acres, and anticipates rolling out nationwide in 2022. Reed says the goal is to have 60 million acres enrolled.

ESMC is currently testing its protocol “to quantify GHG, water quality and water conservation impacts of healthy soils practices” on those lands, and will add more pilots in other areas of the country in the next couple of years.

Those areas include the Northern Plains, which has an abundance of rangeland and cropland; California, the most agriculturally diverse state in the country; the Great Lakes region, where communities have struggled with water quality issues; and the Delta, with its rice farms.

The potential is there for a voluntary carbon market, Knight says. An analysis by Informa Economics estimates the carbon/water quality market in the U.S. at about $14 billion.

A problem that has plagued markets involving agriculture is simply the cost. Amy Hughes, a senior manager at the Environmental Defense Fund who focuses on agricultural sustainability within ecosystems, says farmers who have tried to participate in carbon markets have not been able to make any money off deals because of the expense of data-gathering and recordkeeping — what Knight calls measurement, reporting and verification.

“So far, the protocols that include soil practices have struggled to get that balance between transaction costs and the money paid,” Hughes said.

"We’re exploring automation and blockchain to cut down on costs,” Knight says. He and Reed also say that ESMC is looking at using Quick Carbon methodology developed at the Yale School of Forestry to provide inexpensive carbon measurements across a large landscape.

One benefit of being involved with ESMC is that companies will have someone else doing the “heavy lifting” of data management, Lynch says.

Another issue of concern to farmers is whether they can be paid for conservation practices they have already been implementing for some time.

“We absolutely do not want to penalize anyone who has been an innovator or an early adopter,” Reed says. In an email, she explained that when farmers enroll in the program, they will have to produce soil organic carbon samples but the program will allow for a lookback period to Jan. 1, 2015, to reward SOC increases from that baseline period.

“We are modeling that lookback based on soil carbon sampling and historical information and data,” she said. “That can create credits immediately; additional credits will accrue annually, going forward.”

Another issue involves the rate of adoption. Current carbon markets, Reed says, “state that if a practice has been adopted at a rate of 5 percent or more in a given geography,” then the landowner cannot participate in the market at all. “That is because current markets use a reductionist ‘one-practice, one-gas approach,’" she said.

Calling that a “failed marketplace rule,” Reed says, “We are redefining that and saying that if a practice has been adopted at a rate of 49 percent or less in a given geography, we will view adoption of that practice as additional — it can count toward measuring your improved outcomes in existing carbon offset markets.”

Ryan Sirolli, sustainability coordinator for row crops at Cargill, says even growers who have been working to improve their soil health for 10 years can continue to see improvement in their soil organic matter. He also says there are many opportunities to participate given the wide range of conservation practices available to improve soil health.