WASHINGTON, Oct. 18, 2017 - The House Subcommittee on Water, Power and Oceans held a hearing Oct. 12 to consider bipartisan bills designed to ease the process of implementing hydropower. Working in tandem, supporters say H.R. 3144 and H.R. 3916 would improve the recovery of fish listed under the Endangered Species Act (ESA) while providing certainty for water and power consumers.

“Clearly, the ESA process is broken and the status quo isn’t working for species, farmers and ranchers and rural communities that depend on our natural resources,” said Subcommittee Chairman Doug Lamborn, R-Colo. “Under the status quo, American taxpayers and ratepayers in the Pacific Northwest and elsewhere in the West spend literally billions of dollars each year resulting from conflicting or duplicative federal regulatory or judicial edicts under the guise of the ESA. These bills represent bipartisan, pragmatic solutions.”

In a news release, the subcommittee says the current hydropower system along the Columbia and Snake rivers is held hostage to litigation and unpredictable federal rulings that could impose tens of millions of dollars on taxpayers and Pacific Northwest ratepayers with little additional benefit to endangered salmon. To correct the situation Rep. Cathy McMorris Rodgers, R-Wash., introduced H.R. 3144, which she says creates a more reliable and cost-efficient regulatory framework by providing federal agencies that operate Northwest hydropower dams with statutory clarity in the enforcement of the ESA. This would be in line with a collaborative plan deemed scientifically sound by the previous two administrations, several states, tribes, utilities, ports and other stakeholders.

Jack Heffling, president of the United Power Trades Organization, pointed out that the dams of the Columbia-Snake River system are multipurpose in that they provide hydropower, flood control, navigation, irrigated agriculture and recreation. “[Keeping the current federal plan] continues the programs that have proven extremely successful in migrating fish survival.”

But she said that if BPA’s rates continue to climb at their current trajectory, “they will likely not be competitive with alternative power supply choices in the region at that time… As an electric cooperative, we have a responsibility to supply power to our members at an affordable rate whether that comes from Bonneville or elsewhere.” 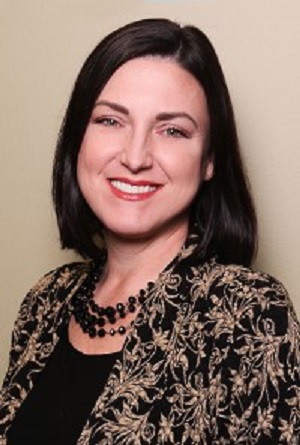 “The need to balance the ongoing operations of the [Federal Columbia River Power] System and achieving compliance with environmental laws is what H.R. 3144 seeks to achieve,” Mikkelsen said.

H.R. 3916, the “Federally Integrated Species Health Act,” was introduced by Rep. Ken Calvert, R-Calif. Also known as “FISH Act,” it is a concept supported by President Obama in 2011. It is designed to eliminate redundancies and regulatory confusion across federal agencies related to ESA enforcement.

“H.R. 3916 is [an] important step in reducing wasted time and money and represents a practical, common-sense change… that we strongly support,” Executive Director of the Family Farm Alliance Dan Keppen stated. “The FISH Act provides an opportunity to enhance protections to threatened and endangered species by improving the efficiency and effectiveness of the federal government’s approach to species protection through better decision-making.”