WASHINGTON, Oct. 18, 2017 - Energy Secretary Rick Perry is weighing a request to end DOE’s participation in a multibillion project that would carry 4,000 megawatts of electricity – enough to power more than 1.5 million homes – across multiple states. The project stretches more than 700 miles from wind farms in the Oklahoma Panhandle, across Arkansas to utilities and customers in Tennessee and other markets in the Mid-South and Southeast. 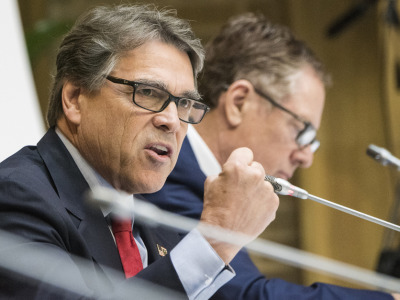 The request was delivered to Perry in a letter earlier this year and in person on Sept. 26 by the entire six-person Arkansas congressional delegation, who maintain that the Plains and Eastern Clean Line Project was approved by the Obama administration in March 2016 without state or local input and would provide little economic benefit to their state.

“We understand the Secretary inherited this agreement, which has all the hallmarks of the Obama administration’s excessive government overreach,” the lawmakers said in a joint statement after the meeting. “While this problem was not caused by the Trump administration, Secretary Perry indicated that he is committed to a thorough review of how this project was allowed to advance.”

When DOE’s approval was announced, then-Energy Secretary Ernest Moniz defended the government’s review process. He it said began in 2010 and included 15 public meetings and provided multiple opportunities for the public to submit written comments.

“Moving remote and plentiful power to areas where electricity is in high demand is essential for building the grid of the future,” Moniz said at the time. “Building modern transmission that delivers renewable energy to more homes and businesses will create jobs, cut carbon emissions, and enhance the reliability of our grid.”

The direct current transmission line element of the Plains & Eastern Clean Line project will have endpoints in the Oklahoma Panhandle near Guymon, Oklahoma and in western Tennessee northeast of Memphis. The project will also include a converter stations at each endpoint and an intermediate delivery converter station in Pope County, Arkansas. See map below.

Mario Hurtado, a founder and executive vice president of Houston-based Clean Line Energy, which is building the project, expressed confidence in the government’s review process. And, in a recent interview, he took issue with the congressional delegation’s charge that Arkansas would see little benefit from the project.

He points out the project will support hundreds of construction and manufacturing jobs in the state. In addition, he said the plan includes construction of a converter station in central Arkansas that will provide 500 megawatts of power to local customers and an estimated $7 million in revenues for schools in the region.

“Unfortunately,” Hurtado said, there’s been a lot of unfounded alarm over the project. And he said the objections from the Arkansas lawmakers “put them at odds with the typical Republican policy which is to foster infrastructure that brings low-cost energy to consumers. That certainly is what this administration is all about.”

In their meeting with Perry, the Arkansas lawmakers said DOE “circumvented” the will of the state, as expressed in the state Public Service Commission’s rejection of Clean Line’s plan, by relying, for the first time ever, on Section 1222 of the 2005 Energy Policy Act. The provision allows the transmission industry to use federal siting powers to overrule state and local objections to transmission development along the line’s route. 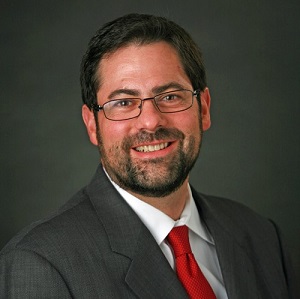 “This is really a matter of state’s rights,” said a staffer working for one of the Arkansas lawmakers. “We’re all for a diverse energy portfolio, but they’re taking the states out of the process. We just want the states to be heard.”

The Energy Department did not respond to requests for comment on the issue.

Meanwhile, a group of Arkansas landowners filed suit in January to halt the project. The two sides have filed motions for summary judgment with the U.S. District Court for the Eastern District of Arkansas, and a hearing has been set for Nov. 14.

Hurtado said Clean Line is confident the company will eventually prevail. He said he would like to see construction begin sometime in 2018.