WASHINGTON, Oct. 25, 2017 - Congressional Republicans are preparing to roll out a package of tax cuts with hopes of pushing the bill through at least the House by Thanksgiving. There is no higher priority this Congress for the GOP: Republicans see passing tax cuts as vital to their chances of maintaining control of Congress in 2018, and their pledge to end the federal estate tax appeals to many in farm country.

Republicans promise that most taxpayers and businesses should benefit from the plan, from simplification as well as lower tax rates. For farmers, however, the watchwords have been: Do no harm. Farmers already benefit from a range of tax benefits, full deductibility of interest expenses, accelerated depreciation of new equipment, and use of cash accountability.

Republicans are planning to offer one more benefit: Repeal of the estate tax. However, ending the estate tax will open Republicans to criticism that their tax plan favors the rich. For example, Rep. Steve Cohen, D-Tenn., accused Republicans on Tuesday of trying to "keep the oligarchy alive and controlling the country."

It's not at all clear what is going to be in the GOP plan when it comes out, but Senate Republicans have floated the idea of replacing the estate tax with a cap on the use of stepped-up basis on inherited assets. Discussion has centered on setting the cap at the same level as the existing estate tax exemption, which is $5.6 million per individual and $10.8 million per couple in 2017. 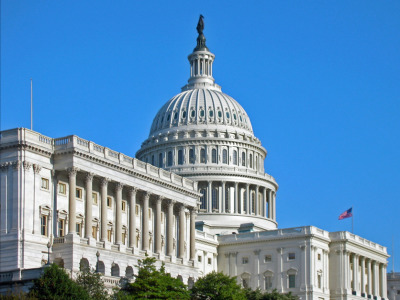 Capital gains taxes are paid on the increased value of an asset when it's sold. Stepped-up basis is critical to heirs because it means that the basis for calculating the capital gain on an inherited asset is its value at the time the owner died, not when the asset was originally acquired.

The impact of swapping the estate tax for a cap on stepped-up basis would vary depending on individual situations and how the rules were written. One big question is whether heirs would be allowed to elect which assets wouldn't get the step up in basis. They would obviously opt for the assets with the least appreciation in value.

“There's no excuse from a family farming point of view for weakening much less eliminating the estate tax, but if the tradeoff were carryover basis or strong cap on stepped up basis, it might be a decent trade-off” for beginning farmers and ranchers, Hoefner said.

“People hold on to assets forever because of stepped-up basis,  even when in the absence of the huge tax subsidy, they might otherwise logically sell in whole or in part after retirement,” he said.

But Roger McEowen, the Kansas Farm Bureau professor of agricultural law and taxation at Washburn University in Topeka, isn’t so sure that capping stepped-up basis would have that much impact on land availability.

Then there’s the question of what the policy change would mean for the cost and burden of estate planning. A major argument for keeping the estate tax is that it hits relatively few farms anyway given the existing exemption, which is indexed for inflation. USDA’s Economic Research Service estimates that 663 farm estates would have been required to file an estate-tax return in 2016. Of those, 161 would likely have owed taxes.

But farmers complain that they spend thousands of dollars on lawyers and accountants for estate planning because of the tax, and they also have to do things they otherwise might not in order to avoid paying it. Giving money away is one common way to reduce the value of an estate.

Limiting stepped-up basis could simply trade one type of estate planning for another. “The time and expense of planning to avoid the estate tax is a ‘tax’ in and of itself,” McEowen said in an email. “Capping the step-up may actually increase the need for planning."

Paul Neiffer, an agricultural accountant with CliftonLarsonAllen in Yakima, Wash., says he would just as soon keep the estate tax if it means losing unlimited stepped-up basis.

He says the estate tax is relatively easy to pay if it can’t be avoided, thanks to Internal Revenue Service rules that allow the tax bill to be paid over time at a relatively low interest rate. Plus, he says, it’s “very easy for our farm families … to be able to pass on the estate with little or no estate tax if you have proper planning.”

If a limit were put on the use of stepped-up basis, “you’re still dealing with an administrative burden,” he said.

The tax plans on both sides of Capitol Hill are still very much in flux. "It's been the long held policy of most of our members that we should repeal it (the estate tax) and that's where the discussions start," Senate Finance Committee member John Thune, R-S.D., told Agri-Pulse Tuesday. He didn't rule out simply raising the estate tax exemption as an option to full repeal. "There are a lot of different ideas that have been proposed, none of which has been agreed upon or settled at this point."

Iowa Sen. Chuck Grassley, a former chairman of the committee, told reporters Tuesday that if the estate tax can't be repealed, then at least raising the exemption would still benefit farmers.

It’s not clear yet what House Republicans will propose. When Agri-Pulse asked House Ways and Means Chairman Kevin Brady whether he was considering a cap on stepped-up basis, he would say only that "no decisions" have been made "on the estate tax design yet." 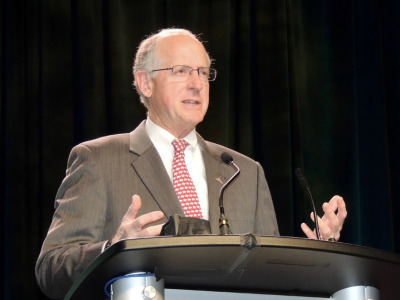 House Agriculture Chairman Mike Conaway said Republicans should ignore the political heat and simply eliminate the estate tax and continue to allow the full use of stepped-up basis. "If you kill it (the estate tax) altogether, future Congresses would have a harder time re-instituting a death tax out of whole cloth," he said.

It’s worth remembering that even if the federal estate tax is repealed, farms in many states could still face state or inheritance taxes, notes Neiffer.

“I happen to live in Washington state which has the highest (estate) tax rate in the country at 20 percent and if you are worth slightly more than $2 million, you will be hit with the estate tax,” Neiffer said in a blog post.

The good news for Washington farmers and their heirs: Actively farmed property is usually exempt from the state estate tax.