That was the message they heard last week at the annual meeting of the California Association of Pest Control Advisers (CAPCA) in Reno, Nevada.

“We are in a war to try to maintain the integrity of an agricultural industry that has been damaged significantly,” George Soares, an attorney with Kahn, Soares & Conway in Sacramento, told the PCA’s assembled at the Grand Sierra Resort. Soares, whose firm represents a plethora of ag groups in the state, became the lobbyist for CAPCA this year.

Paul Wenger, president of the California Farm Bureau Federation, told the 1,600 attendees at the meeting that his message was, “I’m going to be a better farmer and you’re going to be a better PCA if we can get actively engaged and make sure that they don’t take the tools away from us with ridiculous regulations that are not based on science, but just innuendo and passion.”

And Rick Wescott, the new chair of CAPCA's board of directors, said PCA’s need to educate lawmakers who are probably not familiar with agriculture. But first, they have to get to know them.

“It’s all about building relationships with these people,” he said. “You’ve got to know these people if we’re going to have any effect on what they’re doing legislatively.” 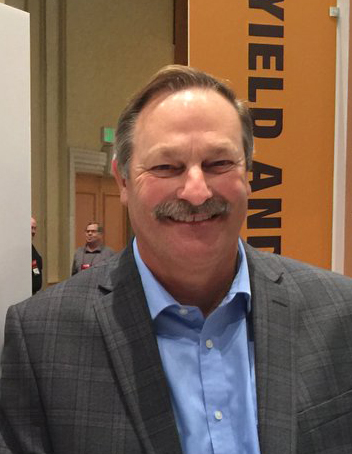 “I’m guessing that most of you don’t know your local public official, or if you know their name you haven’t talked to them – maybe ever,” Soares said. “You’ve complained about him but you haven’t picked up the phone. You’ve got to pick up the phone. They have to know that you exist; they have to know what their decisions may or may not do to you.”

He offered some advice about how PCA’s, and the pesticide industry in general, can do a better job of communicating.

“Sometimes we tell our story in a way that people don’t understand,” Soares said, citing in particular “all these technical names that legislators don’t understand and are frightened by.”

“You chemical companies and you PCA’s talk in a foreign tongue to a politician – you use all these scary chemical names. We’ve got to think of better names for our chemicals, at least when we talk to politicians. I don’t know, maybe a chemical should be called ‘Bright’; maybe a chemical should be called ‘Wonderful,’” he said, drawing chuckles from the crowd. Whatever names are used for the crop protection products, he said, “We need to do that much better than we do.”

He also advised PCA’s to avoid “servitude words” like “workers.”

“I never call the people on my farm ‘workers’, ” said Soares, a dairy farmer himself, advising PCA’s to refer to their employees as part of their “team.”

All three – Wescott, Wenger and Soares – said farm groups in the state have to work together to defend the industry. Growers, Soares said, “are hoping that PCA’s and chemical companies and other groups can help them. Team – team is the word that we need to be enforcing more and more in our industry. We can’t just complain.”

Wescott made a pitch for CAPCA’s political action committee by holding up a $1,000 check from him and his wife. The group raised $5,524 at the meeting.

“To be able to talk to some of these legislators, you’ve got to give them a little money to help their campaigns or help some of their causes,” Wescott said.

“It’s not a good thing but it is what it is. You’ve got to pay to play in this game.”

The speakers outlined some of the issues PCA’s are facing as winter approaches.

Chlorpyrifos: The state Department of Pesticide Regulation (DPR) is considering adding the widely used insecticide to its list of air toxicants, and the state’s Office of Environmental Health Hazard Assessment is considering placing it on the Prop 65 list as a developmental toxicant.

The U.S. Environmental Protection Agency reversed course earlier this year by not following through on a proposal to revoke food tolerances for the chemical. But California is moving forward with its own regulations, and DPR has issued interim recommendations with spraying restrictions to county ag commissioners.

“Our updated risk assessment takes a comprehensive look” at chlorpyrifos, sold under the tradename Lorsban (as well as many others), Fadipe said. “Our scientists review and evaluate all published work as they pertain to the pesticide. The risk assessment for chlorpyrifos was conducted like any other pesticide active ingredient and is based on current scientific guidelines and quantitative methodologies.”

When it started the buffer zone regulation process, DPR said “the health risk to children and others is low when pesticides are used in compliance with the relevant regulations and label requirements. However, this low risk reflects compliance with current requirements in normal situations and does not account for exceptional circumstances or violations.” (More on the proposal is here.)

IPM is “an ecosystem-based strategy that focuses on long-term prevention of pests or their damage through a combination of techniques such as biological control, habitat manipulation, modification of cultural practices, and use of resistant varieties,” according to the University of California. “Pesticides are used only after monitoring indicates they are needed according to established guidelines, and treatments are made with the goal of removing only the target organism. Pest control materials are selected and applied in a manner that minimizes risks to human health, beneficial and nontarget organisms, and the environment.”

This week’s Open Mic guest is Chris Novak, president and CEO of CropLife America. The crop protection industry is working to overcome challenges on a number of fronts to provide an adequate supply of products for farmers in the 2022 crop year. Chris Novak says CLA members are dealing with the aftermath of Hurricane Ida, labor issues, ingredient availability as well as shipping and transportation hurdles. Novak says the industry is challenged by a domestic regulatory structure that struggles with the weight of public scrutiny and a lack of trust of approved science for crop protection tools farmers need to sustainably meet the challenge of providing food, fiber and fuel for the nation.