WASHINGTON, Nov. 1, 2017 - The U.S. shipping industry is facing a vicious circle. A decline in shipments of American food aid is causing the fleet to shrink. Now, lawmakers are citing that dwindling fleet as a reason to further reduce the amount of food aid shipped via U.S-flag carriers.

For years, Congress has required a percentage of Food for Peace commodities to be transported on U.S.-flag carriers, even though they charge more than foreign-flag vessels. A main justification for that requirement, known as “cargo preference,” was to maintain a U.S. fleet that can carry military equipment and materials during wartime.

The requirement also had a political justification: It was thought that promising U.S. shippers a major share of Food for Peace business would ensure the industry’s support for funding food aid.

But the U.S. industry’s food aid shipments have been steadily declining for more than 15 years, and Congress hastened the drop in 2012 by lowering the cargo preference from 75 percent to 50 percent. Some White House officials earlier this year floated the idea of increasing the requirement, but the idea was quashed relatively quickly after it leaked out. 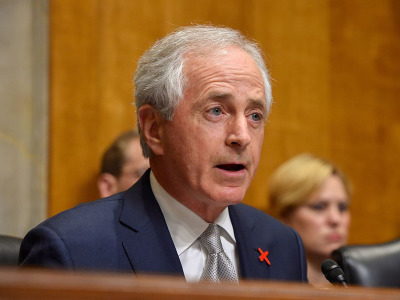 At a recent Senate Foreign Relations Committee hearing, Chairman Bob Corker, R-Tenn., argued that the 50 percent requirement was unjustified and was wasting money on shipping costs that could be better spent feeding more hungry people.

Only five of 175 U.S.-flagged cargo vessels now rely on food aid to justify staying in business and only one of those is capable of carrying military cargo, Corker said. The committee’s ranking Democrat, Ben Cardin of Maryland, said that by cutting cargo preference “we can feed more people and save more lives.”

But in a written response to the hearing, James L. Henry, the chairman of USA Maritime, the shipping industry’s trade group, argues that cargo preference benefits taxpayers and that the increased shipping costs are modest relative to a $1.7 billion-a-year program.

“Hiring Americans sailing on U.S.-flag ships, instead of foreign mariners, leverages transportation dollars our government has to spend to ensure we maintain a U.S. Merchant Marine necessary to support our nation in times of war and national emergency,” Henry writes.

Henry maintains that the U.S. fleet is declining precisely because of the falling volume of aid shipments. As a result, the Defense Department is now 40 ships and 2,000 mariners short of what it would need in a crisis, he says. 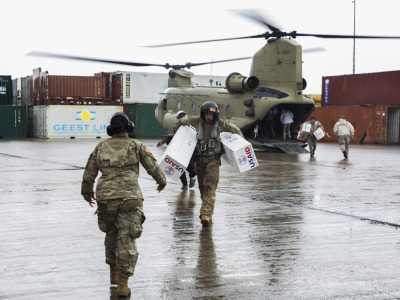 A 2015 report by the U.S. Maritime Administration said that carriers who had reflagged or retired ships from the U.S-flag fleet during the previous three years cited the decline in preference cargoes.

The Government Accountability Office estimates that cargo preference increased the overall cost of shipping food aid by an average of 23 percent, or $107 million, from April 2011 through October 2014.

However, the increase would be considerably smaller if not for a court order that requires the Agriculture Department to interpret the cargo preference rules in a more restrictive way than the U.S. Agency for International Development does. USDA shipping costs are 36 percent higher than what they would be without cargo preference; USAID’s are only 16 percent higher, GAO found.

GAO’s director for international affairs and trade, Thomas Melito, told the Senate committee that without the cargo preference 97 percent of food aid would likely be shipped on foreign-flag vessels. He said cargo preference appeared to have supported 1,224 mariner jobs in fiscal 2014.