CAFOs get a break on emissions reporting under EPA guidance

In guidance issued last week, the agency said that farms that use manure as part of their "routine agricultural operations" would not have to report emissions generated by that waste – such as ammonia and hydrogen sulfide –  to state and local authorities under the Emergency Planning and Community Right-to-Know Act (EPCRA). "EPA believes Congress did not intend to impose EPCRA reporting requirements on farms engaged in routine agricultural operations," the agency said in a document explaining its position.

AFOs still would have to report emissions above certain levels under the Comprehensive Environmental Response, Compensation and Liability Act (CERCLA), but they can qualify for streamlined reporting requirements because EPA considers emissions from animal waste to be “continuous and stable in quantity and rate,” the agency said. In addition, because of the difficulty of estimating emissions from animal waste, EPA said operators could report such emissions in a range.

Under the terms of a court ruling, the reporting requirements are scheduled to go into effect Nov. 15, but EPA asked the D.C. Circuit on Monday to give it until Jan. 17 to finalize its guidance. Environmental groups involved in the case are opposing the request.

EPA is not requiring animal operations that signed on to 2005 Animal Feeding Operation Air Compliance Agreements “to report air releases of hazardous substances from animal wastes under CERCLA and EPCRA,” EPA said in the guidance. Those agreements were set up so EPA could develop a reliable way to estimate emissions from concentrated animal feeding operations (CAFOs) to determine whether they comply with Clean Air Act standards, but a recent EPA Inspector General report noted that the agency has not been able to complete the task. 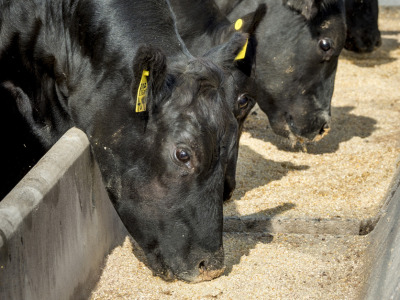 The IG report said that EPA “entered into 2,568 separate agreements with AFO owners and operators, which covered about 13,900 AFOs in 42 states. According to the EPA, these 13,900 AFOs comprise more than 90 percent of the largest AFOs in the United States.”

Air pollution from animal feeding operations is associated with reduced property values and potential health impacts such as asthma, that report said.

“As written, EPCRA section 304 requires all facilities ‘at which a hazardous chemical is produced, used or stored’ to report releases of reportable quantities of any EPCRA Extremely Hazardous Substance and of any CERCLA hazardous substance,” the agency said in a separate document entitled, “Does EPA interpret EPCRA Section 304 to require farms to report releases from animal waste?” A “reportable quantity” of ammonia and hydrogen sulfide is 100 pounds per day.

However, EPA is interpreting EPCRA “to exclude farms that use substances in ‘routine agricultural operations’ from reporting” under that law, EPA said. Manure, paint and fuel are all examples of substances used in such operations.

“We are thrilled,” said Michael Formica, assistant vice president for domestic affairs and counsel at the National Pork Producers Council. “We’ve gone back and forth with this thing,” which has been the subject of litigation since shortly after EPA exempted many concentrated animal feeding operations from CERCLA and EPCRA in a 2008 rule.

NPPC and the US Poultry and Egg Association intervened on the side of EPA in a lawsuit filed by Waterkeeper Alliance, Center for Food Safety and other environmental groups in 2009. The environmental groups won their lawsuit over the 2008 rule, which exempted all farms from CERCLA reporting of hazardous substances above the reporting threshold, and exempted all but the largest concentrated animal feeding operations from EPCRA requirements.

US Poultry said it “appreciates the the agency's reasonable assessment of the reporting requirements under the EPCRA program and their practical determination that the use of poultry litter is certainly a routine agricultural operation and therefore exempt from reporting.”

The Center for Food Safety criticized the guidance. “Our biggest concern is obviously the reporting loophole for AFO's complying with the 2005 monitoring,” CFS attorney Paige Tomaselli said “That AFOs should now be exempt from EPCRA reporting because their emissions are subject to an exemption from the definition of hazardous chemicals that exempts substances ‘used in routine agricultural operations’ is absurd.”