House Republicans are getting pushback on provisions of their tax reform plan that could increase self-employment taxes for many farms.

The American Farm Bureau Federation sent a letter to the House Ways and Means Committee on Tuesday raising concerns about those provisions as well as the temporary nature of the bill’s expansion of the Section 179 expensing allowance. The bill’s increased expensing limits would end after 2023.

The Farm Bureau has yet to endorse the bill, and the National Federation of Independent Business also is holding back its support because of the provisions for pass-through businesses, partnerships, S corporations and sole proprietorships.

While the bill, which the House Ways and Means Committee is debating this week, “holds the potential to reduce income taxes paid by farmers and ranchers, there is concern that increases in self-employment taxes could cancel out these benefits and, worse yet, could even increase the total tax liability for some farmers and ranchers,” the AFBF letter says.

“It is important that the bill does not begin taxing income that is not currently subject to self-employment taxes. For example, some tax professionals believe that the bill will begin to impose S-E taxes on farmland rental income.”

The letter goes on to say that assuring farmers that passive income and income that is a return on investment “will not be subject to SE taxes would (alleviate) anxieties in farm country.”

Ways and Means Chairman Kevin Brady, R-Texas, told Agri-Pulse Tuesday that he was aware of concerns raised by small businesses and farmers and was considering possible changes to the pass-through provisions. He didn’t provide any specifics.

“For the first time in history we’re providing hundreds of billions of tax relief to our local businesses and farmers where they’ve always been left out before, so we’re going to continue to work on it,” Brady said.

House Agriculture Chairman Mike Conaway, R-Texas, said on Wednesday that he had talked to Brady about agriculture's concerns and expected to the bill to be altered to protect farm rental income from self-employment taxes. There appear to be "unintended consequences of sweeping up new revenue streams that perviously that have never been subject to the self-employment tax," he said.

The bill would lower the top rate on pass-through profits to 25 percent – such income is currently taxed at individual rates – but the legislation includes new “guardrails” intended to prevent wealthy individuals from using a pass-through to take advantage of the 25-percent rate.

The potential concern for farmers, experts say, is that while farms typically don’t have enough net income to benefit from the lower top tax rate, they could be hit by having to pay 15.3 percent self-employment tax on income that has previously been exempt but would be considered wages under the bill. 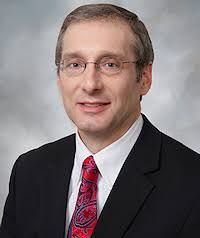 An analysis of the bill by Roger McEowen, an agricultural tax expert at Washburn University in Topeka, Kan., argues that the House tax bill would force many farms to restructure to avoid a hike in self-employment taxes. The “self-employment tax planning strategy for farmers will change substantially if the bill becomes law.” McEowen said in a blog post.

The Senate Finance Committee is expected to release its version of the tax bill on Thursday and debate the measure next week.