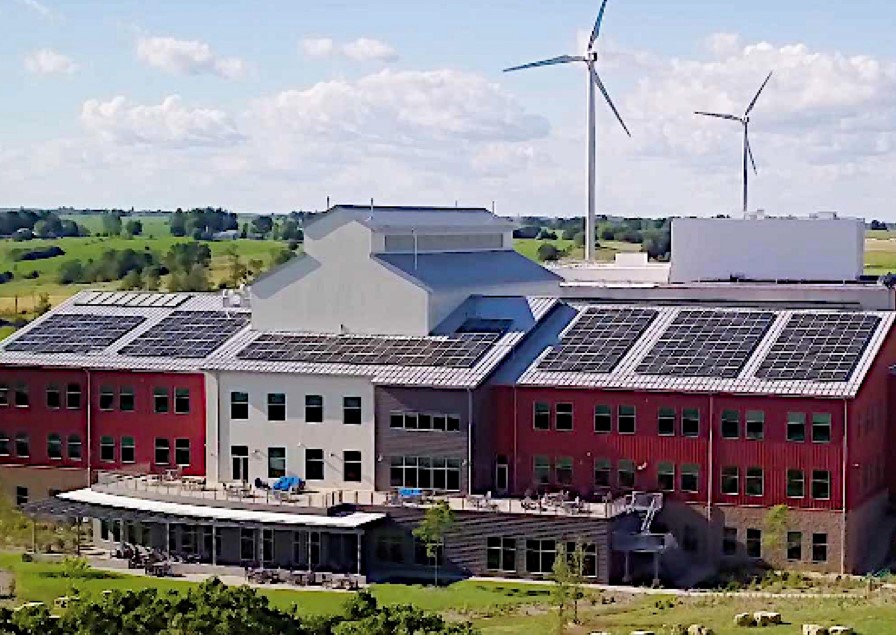 Organic Valley, America’s largest cooperative of organic farmers and a leading organic brand, illustrates the emerging trend. On Oct. 24, the co-op announced it’s on track “to become the largest food company in the world to source 100 percent of its electricity from renewable sources” – and to achieve this milestone by 2019.

Organic Valley’s “community solar partnership” with the Upper Midwest Municipal Energy Group and OneEnergy Renewables will add over 12 megawatts (MW) of new solar capacity in Wisconsin. This addition will cover 100 percent of the co-op’s energy use by 2019 and boost Wisconsin’s total solar energy use by 15 percent. Plans include installing an additional 17 MW of new solar generation in Wisconsin.

“Our future demands bold new thinking about our sources of energy, and there is nothing more natural to a farmer than harnessing the power of the sun and the wind,” said Organic Valley CEO George Siemon. “So, our cooperative is committed to achieving 100 percent renewable power, and doing it in partnership with the rural communities where we live and work.”

In another recent corporate renewable-energy purchase, midsize Akamai Technologies signed a power purchase agreement (PPA) in May to help reach its goal of getting half of its total server network power from renewables, to help cut its greenhouse gas emissions below 2015 levels by 2020. Under its new PPA, Akamai will meet all of its electricity needs for its Texas network for the next 20 years by buying 7 MW, or nearly 10 percent, of the 80 MW produced by Texas’s new Seymour Hills wind farm.

The Reston, Virginia-based internet service provider is also working with other small companies to aggregate their electricity needs in the Northeast. The goal is to provide the purchasing assurances needed for financing a new large-scale source of renewable power in the region.

A key ingredient for Akamai’s Texas deal was the information and transparency provided by the Rocky Mountain Institute’s Business Renewables Center (BRC). It was the BRC that helped Akamai connect with wind and solar farm developer Infinity Renewables. The BRC facilitates such connections by providing guides and templates for the “aggregation” deals that enable small companies to purchase a portion of new renewables projects.

While a 7 MW wind or solar farm might not be economic for either a corporate purchaser or a developer, pooling the needs of several companies means each purchaser gets the price advantage provided by larger-scale energy production.

Infinity Renewable’s Finance and Origination Vice President Matt Langley explains it’s important to attract new players like Akamai because “there are only so many companies like Google or Walmart that can buy hundreds of megawatts at a time.”

With its 213 member companies including corporations buying energy, transaction intermediaries and energy project developers, the BRC has facilitated 94 percent of the non-utility corporate renewables deals that have added over 8 gigawatts (GW) of new renewable power to the national grid since 2015. By providing a suite of new BRC tools, including detailed educational guides, the current Rocky Mountain Institute goal is to “help corporations procure 60 gigawatts of renewable energy by 2030.”

A major sign that RMI’s 60 GW goal is feasible is that the BRC Marketplace currently lists 44 renewable energy developers seeking purchasers for electricity from over 150 fully vetted wind and solar projects “most suited for commercial and industrial customers.” These projects, selected from many thousands, are ready-to-launch and designed to add over 23 GW of new electricity generation capacity to the national grid very quickly.

An indication of the potential market is that nearly two-thirds of Fortune 100 companies and nearly half of the Fortune 500 have pledged to increase their renewable energy use in order to reduce both their own greenhouse emissions and emissions from their supply chains. Today’s growing focus on supply chains adds to prospects for surging demand for renewables. As more companies from Walmart to Akamai pressure their suppliers to reduce emissions, those suppliers are prime prospects for purchasing a small portion of each new wind or solar farm.

RMI Principal Lily Donge, who leads the Business Renewables Center, tells Agri-Pulse that because the new entrants needed to grow renewables demand aren’t familiar with the extremely complex electricity markets, “we serve as a translator and educator.”

Since solar and wind are cost-competitive today, Donge explains, the BRC has developed a Buyers Roadmap that enables newcomers “to understand the language, the risks and the transactions that are available today” and “to lock in renewable energy prices the way you would buy any other commodity.” 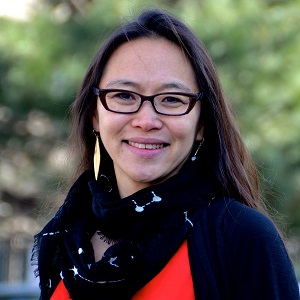 Donge says that thanks to the new meeting-ground offered by BRC, companies large and small benefit because “if we all collaborate together, if GM talks to Microsoft and talks to Akamai, we create a larger market for renewables. Our hope is that partnerships like Organic Valley's community-scale solar will be replicated by municipal utilities around the country and propel more rural communities toward economic stability and energy independence,” Donge says.

The Rocky Mountain Institute is not alone in its effort to add 60 GW of new renewables capacity. Other groups include RE100, the Renewable Energy Buyers Alliance, the We Are Still In and America’s Pledge initiatives championed by former New York Mayor Michael Bloomberg and California Gov. Jerry Brown, the World Resources Institute’s Charge Initiative, and the World Wildlife Fund’s Corporate Renewable Energy Buyers’ Principles.