Lawmakers return to Washington next week facing a battle over tax cuts and the possibility of a government shutdown, if they can’t agree on a budget for the rest of the fiscal year.

Republicans insist they are determined to enact tax reform legislation before the end of the year, but first they have to get a bill through the Senate and then forge agreements on key differences between that measure and one that passed the House, 227-205, on Nov. 16.

Neither the House nor the Senate bill has any Democratic support so far, and Democrats are sharpening attacks on the bills as giveaways to the rich that will increase the federal deficit and eventually lead to cuts to Social Security, Medicare and other entitlement programs.

The Senate is expected next week to take up its version of the tax bill, which the Finance Committee approved Nov. 16 on a party-line vote. Republicans will need at least 50 votes to pass the bill, with Vice President Mike Pence casting the tie-breaking vote. Republicans control 52 seats.

Sen. Chuck Grassley, a senior member of the Finance Committee, said Tuesday that he is a “little bit more confident” of the bill’s passage in the Senate than he was with the Obamacare repeal measure that ultimately failed earlier this year.

Grassley said two or three Democrats could ultimately support the tax bill but only if there are at least 50 Republicans already supporting it. In other words, Democrats won't be willing to be the deciding votes.

Meanwhile, the continuing resolution that has been funding the government since fiscal 2018 began Oct. 1 expires on Dec. 8.

Democrats have threatened to block any budget agreement that doesn’t legalize DACA recipients, but a budget deal is vital to agriculture for another reason: The Senate’s FY18 agriculture appropriations bill includes a rewrite of the farm bill commodity title to provide new assistance to cotton and dairy producers.

Because of the way congressional rules work, including those cotton and dairy provisions in a spending agreement in December would ease the funding crunch facing the House and Senate Agriculture committees when they start writing a new farm bill early next year. Enacting the Senate provisions would “make my life on the farm bill dramatically less difficult,” House Agriculture Chairman Mike Conaway, R-Texas, told Agri-Pulse. 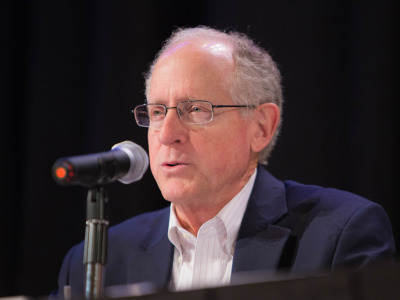 The House and Senate tax bills, which would increase the budget deficit by about $1.5 trillion, both include provisions sought by agriculture, expanding the Section 179 expensing allowance and creating a small-business exemption to allow producers to continue deducting interest expenses.

But the bills contain sharply different rules for taxing income from partnerships and other pass-through businesses. The House also would repeal tax benefits that subsidize wind and solar power.

Assuming the Senate passes its bill, the differences will then have to be resolved by House and Senate negotiators.

Conaway and Senate Agriculture Chairman Pat Roberts, R-Kan., expressed confidence to Agri-Pulse that the increased deficit that the tax cuts would cause wouldn’t lead to cuts in the farm bill they plan to move next year. But neither would say that the deficit wouldn’t lead to pressure for cuts in entitlement programs down the road.

Conaway said that “time will tell” whether tax cuts lead to enough economic growth to pay for themselves in increased federal revenue. “If we don’t get it, we don’t get it. We’ll be in a different circumstance. I’m going to get the farm bill done way in advance of anything like that,” he said.