Rising US barley exports depend on NAFTA's survival

Exports of malted barley – grown and processed in the U.S. – to Mexico are on the rise and the only thing that could halt that booming would be the collapse of the ongoing negotiations to rewrite the North American Free Trade Agreement.

About three-fourths of all U.S. malted barley exports are delivered south of the border and go directly into Mexican beers like Corona and Dos Equis, but that’s only because U.S. farmers provide a stable supply at good prices, said Dwight Little, president of the National Barley Growers Association.

“Mexico has been our biggest importer of malt barley by far,” Little told Agri-Pulse in an interview. “In the instance of Idaho, they take almost 90 percent of our exported malt. They are a huge, huge market for our barley.”

Mexico is also good business for the U.S. companies that bake the barley, turning it into malt which adds the kind of flavor that beer drinkers on both sides of the border appreciate. U.S. operations process hundreds of thousands of tons of barley every year, drying and cooking it, before it's shipped to Mexico. 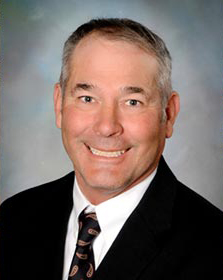 There are no Mexican tariffs on U.S. malted barley and that is due to an agreement reached more than 20 years ago when the U.S., Mexico and Canada ratified NAFTA. Before then, the Mexican tariff rate on U.S. malted barley was 175 percent, according to the U.S. Grains Council. If the tariff were to return – and that’s what farmers are afraid of due to President Donald Trump's threats to pull out of the pact – U.S. farmers and malters would lose hundreds of millions of dollars per year.

If you think Mexico is a captive market, you’d be wrong. France is the world’s largest barley exporter, followed by Australia, Russia, Ukraine, Germany, Canada and Argentina. The U.S. is way down the list at number 15.

But the U.S. and Mexico have an incredibly symbiotic relationship when it comes to barley and beer.

“A lot of imported Mexican beers – they rely on a constant supply of malt as well as a consumer base in the United States,” Little said. “So, if you start messing with the trade agreement, then you just disrupt that flow of malt into Mexico and the beer that flows back into the United States. It definitely would have economic affects on both sides of the border.”

Montana barley growers and malters have an especially tight relationship with Heineken’s subsidiary (Cuauhtémoc-Moctezuma-Heineken or CCM Heinken) in Mexico that produces Dos Equis, Sol, Tecate and other brands that can be found on supermarket shelves in both the U.S. and Mexico.

US soybean exports feed rising Chinese demand
US ag exports to China rising fast, but still slow for ‘phase one’

So far this year, CCM Heineken has purchased all of the malt it uses from Montana farmers, according to the U.S. Grains Council, which hosted a visiting delegation from the company. The beer company is such a regular customer that 40 percent of the Malteurop malting facility in Great Falls has been dedicated to processing barley for it. Montana farmers grow specific varieties of barley requested by CCM Heineken and Malteurop processes the grain to the company’s specifications.

All of that is at risk if the Trump administration decides to pull out of NAFTA.

Despite the close ties between Mexico and the U.S., Mexican importers wouldn’t hesitate to go elsewhere for their barley, especially if Mexico put tariffs back in place, Little said.

“That kind of price differential would make other exporters much more attractive than us,” he said. We fear the loss of a good market for our product. It’s something that looms in the background. We’re hoping for a successful renegotiation of NAFTA. We’ll have to see how that works out.”

So far, it’s not working out very well. The U.S., Mexico and Canada wrapped up their fifth round of negotiations last week in Mexico City and all three countries remained firmly at odds on several key issues.

“While we have made progress on some of our efforts to modernize NAFTA, I remain concerned about the lack of headway,” U.S. Trade Representative Robert Lighthizer said last week at the conclusion of the talks. “Thus far, we have seen no evidence that Canada or Mexico are willing to seriously engage on provisions that will lead to a rebalanced agreement. Absent rebalancing, we will not reach a satisfactory result.”

The U.S. has made several proposals so far in the talks that Mexico and Canada have flatly refused to consider. The U.S. is demanding that Canada do away with its supply management systems that protects domestic dairy and poultry producers. The impasse with Mexico involves a U.S. proposal to make it easier for its fruit and vegetable farmers to file trade complaints against Mexican exporters.

Lighthizer and President Donald Trump have both said repeatedly that if a satisfactory deal can’t be reached on a new NAFTA, the U.S. will exit the current 23-year-old trade pact. And if that happens it might not be long before the Corona you’re sipping on has been brewed with French barley.