Missouri and a group of allied states have launched another legal battle to get rid of California’s egg-marketing regulations, only this time they’ve filed directly with the Supreme Court and with more ammunition.

Last year, a federal appeals court rejected a challenge from Missouri and five other states to a California law requiring eggs sold in the Golden State to come from hens that have plenty of space to stretch out in their cages. The three-judge panel of the 9th Circuit Court of Appeals ruled that the plaintiff states lacked standing to pursue their claims, having failed to show their citizens had been harmed by the California statute.

Now, in the lawsuit led by Missouri Attorney General Josh Hawley, the states argue California’s law raised the cost of eggs after it took effect in 2015 and that consumers across the country have spent up to $350 million annually because of the higher prices. In addition, producers reduced output because of the cost involved in expanding cages. The plaintiffs contend that California's regulations violate the U.S. Constitution's interstate commerce clause and are pre-empted by federal law.

“These regulations are unconstitutional and a clear attempt by big-government proponents to impose job-killing regulations on Missouri,” Hawley, who is also a Republican senate candidate, said in a release. “This discrimination against Missouri farmers will not stand. I will continue to defend our farmers and protect the interests of Missouri consumers.” 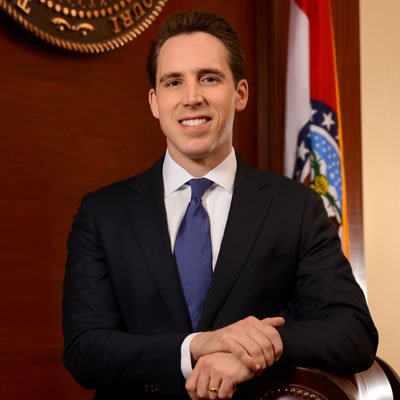 The California Attorney General’s office said on Monday it still was reviewing the case.

The lawsuit stems from a California ballot initiative approved in 2008 that requires that hens in cages spend most of their day in spaces large enough that they can lie down, stand up, turn around and fully extend their wings. The measure gave farmers until 2015 to comply. When egg farmers complained that the measure would put them at a competitive advantage from out-of-state producers, state lawmakers in 2010 expanded the law to bar the sale of eggs from any hens that weren't raised in compliance with California's standards.

In the latest lawsuit, Hawley backed up his argument with a report by Joseph Haslag, a professor and executive director of the Economic Policy Analysis and Research Center at the University of Missouri, Columbia.

“There are large economic impacts associated with the laws passed by California voters and the California Assembly,” Haslag wrote in the report, which is attached to lawsuit. Among other things, he calculates that the national price of a dozen eggs would increase between 1.76 percent and 5.12 percent since the law went into effect “because of the California cage-system regulations.”

According to the lawsuit, California produced about 5 billion eggs and imported an additional 4 billion from other states in 2012. Some 30 percent of the out-of-state eggs came from Iowa, the nation's top egg producer. About 13 percent of California's egg imports came from Missouri, the second highest percentage cited in the lawsuit.