The Federal Energy Regulatory Commission (FERC) has one more month to decide on the Energy Department’s proposed Grid Resiliency Pricing Rule, which was originally due Dec. 11.

DOE Secretary Rick Perry in October originally gave FERC 60 days to make a final decision on a proposal to bolster coal and nuclear energy in what he called an urgent need to strengthen the nation's power grid. Now, with a 30-day extension, a final decision is expected on Jan. 10, 2018. 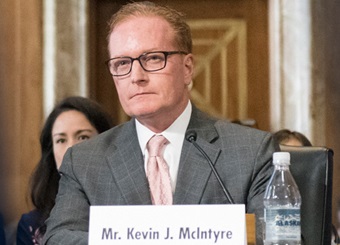 FERC Chairman Kevin McIntyre submitted a request for extension on Dec. 7, citing a need to review comment and acclimate new commission members. He said FERC had received more than 1,500 submissions during a comment period that opened Oct. 2. “In addition, the Commission has sworn in two new members within the last two weeks. The proposed extension is critical to afford adequate time for the new commissioners to consider the voluminous record and engage fully in deliberations.”

In the Notice of Proposed Rulemaking, Perry referenced natural disasters such as the Polar Vortex, Superstorm Sandy and 2017’s turbulent hurricane season as reinforcement for the urgency in dealing with the proposal. In preparations for such disasters, the Grid Resiliency Pricing Rule requires independent system operators (ISOs) to maintain a 90-day fuel supply on location.

It also directs FERC to impose rules on independent system operators that would raise consumer prices in an effort to save the coal and nuclear industries, which are seeing many plants being retired due to age and regulations. But Perry's pricing rule has come under fire from various renewables interest groups, claiming the rule gives coal and nuclear unfair advantage in the energy market.

In comments submitted to FERC, a group of 12 energy industry associations representing oil, natural gas, wind, solar, efficiency, and other energy technologies urged the commission to reject the pricing rule.

“DOE’s request for a rule that provides discriminatory compensation to certain coal and nuclear resources is based on a ‘justification for the proposed payments – resiliency – [which] is not well defined, nor is it demonstrated to be lacking” in the regions that would be affected by the rule,’” the associations wrote.