The National Cattlemen’s Beef Association (NCBA) believes recent allegations of sexual harassment against Wayne Pacelle and his subsequent resignation as CEO of the Humane Society of the United States will have a “significant impact” on the group’s fundraising.

“And to be honest with you, we hope it does,” Colin Woodall, NCBA’s senior vice president of government affairs, told Agri-Pulse last week, echoing the feelings of several other organizations involved in the livestock industry.

Woodall, who was interviewed prior to Pacelle’s resignation, said NCBA will always consider Pacelle and HSUS to be “public enemy number one for America’s cattle producers.”

Pacelle, who has denied the harassment allegations, was one of the most formidable animal rights champions and strategists in the country.  The Yale grad has been CEO of HSUS since 2004, after more than a decade as the group’s chief lobbyist. Under his management, contributions to the nonprofit basically doubled, from $62.8 million in 2003, to almost $113 million in 2016, according to Internal Revenue Service filings. In 2014 and 2015, contributions averaged $125 million. His compensation more than tripled over the same period, from $119,750 as a senior vice president in 2003, to $392,107 in 2015 and $380,101 in 2016. 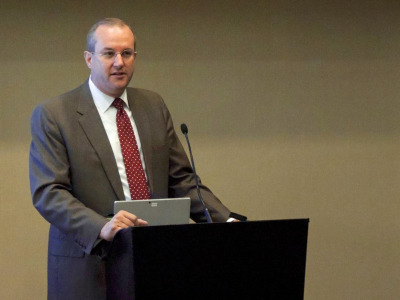 HSUS says the revenue financed campaigns to “bring reform to animal agribusiness,” working with companies including Wendy’s, Red Robin. PF Chang’s, Au Bon Pain and others to influence animal welfare policies through purchasing policies. The organization has also contributed to successful campaigns in California and Massachusetts to provide bigger cages for laying hens and breeding pigs and calves raised for veal. And more recently, HSUS has funded some state efforts, hoping to challenge national checkoffs for beef and pork.

NCBA and other groups, including an organization called Humane Watch, part of the Center for Consumer Freedom, basically accuse HSUS of fraud, with frequently aired TV ads featuring cute puppies and kittens along with pleas for contributions to help abandoned animals. Humane Watch says, however, much of the money goes “to big executive salaries and pensions.”

Will Coggin is managing director for the Center for Consumer Freedom, which also lobbies on behalf of fast food and the alcohol and tobacco industries and describes itself as “dedicated to protecting consumer choices and promoting common sense.” His organization is also glad to see Pacelle gone.

“Pacelle changed HSUS from a kind of moderate welfare group into an aggressive animal rights group like PETA, and he did it with misleading ads,” Coggins said in an interview last week. “They are not out to reform animal agriculture, but to destroy it.”

HSUS would argue with that characterization. “We and our affiliates provide hands-on care and services to more than 100,000 animals each year, and we professionalize the field through education and training for local organization,” HSUS says on its website.  “We are the leading animal advocacy organization, seeking a humane world for people and animals alike. We are driving transformational change in the U.S. and around the world by combating large-scale cruelties such as puppy mills, animal fighting, factory farming, seal slaughter, horse cruelty, captive hunts and the wildlife trade.”

Meanwhile, the events surrounding Pacelle’s resignation will not make fund-raising any easier in the future, observers said. At first, the organization’s 31-member board voted last Thursday that there wasn’t enough information to fire him. One of the board members, 83-year-old Erika Brunson told the New York Times she saw nothing wrong in his alleged behavior. “Which red-blooded male hasn’t sexually harassed somebody?” she said. “Women should be able to take care of themselves.” 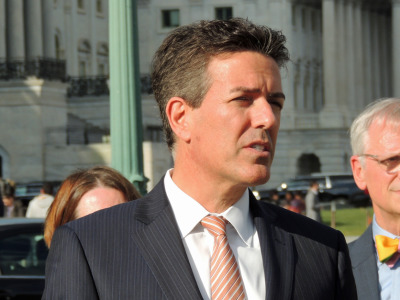 Pacelle stepped down the next day after a number of board members resigned, dozens of staff members called for his ouster, and several large donors reportedly canceled contributions. (In the wake of reaction to her comments, Brunson also resigned.) In addition, the allegations against Pacelle followed reports of improper conduct by another top HSUS executive, Paul Shapiro, who left the organization earlier in January. Shapiro has also denied the allegations.

In announcing Pacelle’s resignation, Rick Bernthal, HSUS board chairman, thanked him for his “unparalleled level of accomplishments and service to the cause of animal protection and welfare.” He also named Kitty Block, an attorney and the president of Humane Society International, HSUS’s global affiliate, as acting president and CEO.

But while Bernthal has expressed his gratitude, the livestock industry feels differently.

“Don’t let the door hit you on the way out, Wayne Pacelle.”