The days of cheap farm labor from Mexico and Central America may be coming to an end.

Setting aside the impacts of immigration laws and southern border walls, Steve Bronars, labor economics researcher with Edgeworth Economics, told the National Council of Farmer Cooperatives last week that “demographic changes” happening in Mexico and Central America “will mean it’ll be much less likely they are going to export a bunch of workers here to do temporary, seasonal work.”

Mexican family size, for example, is shrinking fast. Bronars points out that Mexico’s fertility rate (number of expected lifetime births per woman) has plunged from seven a few generations back to near two, which is close to the U.S. rate (under 1.9).

The result is a population profile with proportionately fewer and fewer young people, and fewer people needing jobs overall, he said. For example, people between 20 and 30 years old made up 19 percent of Mexico’s population in 2000; in 2030, that cohort will be under 13 percent.

Mexico’s population “may even quit growing” in the years ahead, he said.

USDA survey statistics show that the share of crop workers from Mexico and Central America has shrunk from about 80 percent in 1998-2000 to about 70 percent in recent years. Further, the typical age of those workers is increasing, which spells fewer and less-productive workers in years ahead, he said.

The decline isn’t because farm labor wages aren’t competitive, Bronars suggests. USDA surveys show the average hired farm worker earned $12.32 an hour last year, up 30 percent in 10 years, versus an increase of 17.5 percent in the Consumer Price Index in the same period.

Blueberry growers with MBG Marketing - The Blueberry People, gathered for lunch at the conference, agreed with Bronars’ view of the withering supply of immigrant farm workers. They were from Michigan, Alabama, Georgia and Oregon and face a worsening shortage of workers at harvest time. About 60 percent of the U.S. crop overall is harvested by hand, they said.

Dairy farms, it was noted, need full-time, year-round workers who train into their jobs, not seasonal workers.

Jackie Klippenstein, senior vice president for Dairy Farmers of America, asked: “Where does the workforce come from if Mexico becomes less of an option?” Referring to the many DFA members at the conference, she said, “I can’t think of one of them raising their sons or daughters to be milkers.”

Bronars said the inevitable decline in imported farm labor “is just going to cause more upward pressure on wages.” For U.S. farmers, “it’s going to be tough on margins.”

One factor for the decline in foreign-born workers, of course, has been government enforcement against undocumented immigrants. 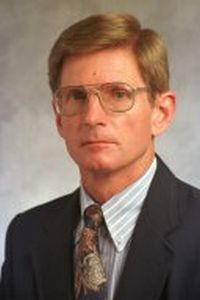 C. Parr Rosson, who heads the Agricultural Economics Department at Texas A&M University, reported on his national research into what would happen to the dairy industry if half of the immigrant workers on U.S. dairy farms – 77,000 out of 150,400 workers  – were removed by immigration authorities. He estimated that the immigrant workers are responsible for more than 60 percent of milk production. Losing half of those workers, he projects, would mean 39,000 lost farm jobs and 65,000 more dairy-related jobs, and would cost dairy farms $5.8 billion a year in lost milk sales.