In the first quarter of fiscal year 2018, there were 33,830 positions requested through the H-2A temporary agricultural worker program, the highest ever for the October-through-December period and a near 17 percent increase over the same quarter in the previous year (28,964).

The number of workers certified through the H-2A program has doubled over the past five years, but what's driving the trend is less than clear.

The American Farm Bureau Federation, in a podcast released last week, said that domestic laborers aren't being drawn to agriculture as they had in the past. Veronica Nigh, an economist with AFBF, attributed the increase in visas to a lack of domestic labor supply.

"Typically, you would think that increasing wages would draw more domestic workers to those positions. But, what we are actually seeing is that farmers aren’t able to hire those domestic workers and are turning, increasingly so, to the H-2A program," she said in the podcast.

One of the requirements of the H-2A program, though, is that farmers who apply to the program first try to recruit U.S. workers using what the Labor Department calls the "adverse effect wage rate," which is the wage the department believes will not adversely affect U.S. workers. In California, the wage is $13.18 for the current year.

Philip Martin, a professor emeritus of agricultural and resource economics at the University of California-Davis, has a different perspective. An August 2017 report from the Migration Policy Institute, authored by Martin, provided an analysis of trends in the H-2A program.

"In 2000, most new farm workers were unauthorized," he wrote. "Today, many are legal H-2A guest workers."

He argued that farmers are adapting to tightening agricultural labor market by buying more machinery to replace workers or relying more heavily on the H-2A program.

He noted that many farmers, while having to adhere to the wage rate, still use incentive or piece-rate wage system, effectively setting harvest quotas for laborers that, as state minimum wages increase, become increasingly grueling and unattractive to domestic workers. 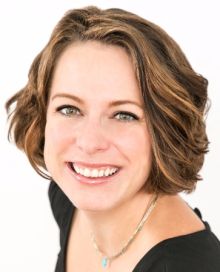 "Some farmers, convinced that most U.S. workers will not remain with the farm for the entire season, may try to discourage U.S. workers from applying," Martin wrote in the report.

"Many of the largest employers of H-2A workers are association and farm labor contractors that recruit workers in Mexico and move them from farm to farm in the United States," Martin wrote.

The second-largest recipient from the past quarter, Salinas, Calif.-based Foothill Packing, previously paid $235,000 in fines and back pay for firing U.S. workers in order to recruit more Mexican nationals.

Tanimura & Antle, the fourth-largest recipient, was recently featured in the publication Growing Produce, under the headline "Big and Creative Ideas to Hold on to Your Farm Workforce."

The article says the company usually employs 2,500 workers but the number can peak seasonally at 7,500. One of the largest independently-owned vegetable grower-packer-shippers in the U.S., Tanimura & Antle had 686 positions certified with H-2A visas in the quarter ended Dec. 31.

“Workers are the backbone of our business,” President and CEO Rick Antle said in the article. “In contrast to industry norm, we endeavor to employ our entire labor force. They support us in the most difficult of times, as well as in the most profitable times. So, making sure they have the right benefits – health, dental, vision, retirement – is a priority.”