The agricultural fraternity Alpha Gamma Rho has announced Rex Martin as its next CEO.

Martin joins AGR after most recently working as the vice president of global relations for States Strategies in Washington. Prior to that, he was the senior vice president of owner relations at Dairy Management Inc. and also held numerous government and industry affairs positions at Syngenta.

In a statement, Martin said he is "thrilled and honored to be chosen to lead AGR" and hopes to build on the spirit of congeniality he experienced as a member.

"I have fond memories of my involvement at the University of Arkansas chapter and over the years have found other brothers to be a big part of my business and industry network," Martin said. 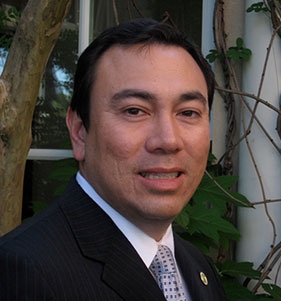 Martin grew up on a swine operation in Arkansas and now lives in Missouri. He takes over for Phil Josephson, who is retiring after more than 40 years heading AGR. Julian Garcia, AGR's Grand President, said Martin's resume will allow him to be a builder of men in his new role.

"We had many great applicants but felt Rex brought a diversity of experience that will take the fraternity to the next level," Garcia said. "He really understands agriculture but also the importance of building consensus among a broad base of interests."

AGR currently has 71 chapters and 3,135 students in membership.