US potato farmers prepare to lose edge in Japanese market

When Japan was asked if it wanted fries to go with recent free trade agreements, it said yes. Unfortunately for U.S. potato farmers and processors, those fries will come mostly from Canadian and Belgian spuds.

Under both trade pacts, Japan has agreed to reduce its tariffs on potatoes and potato products to zero.

All of those countries are major potato-producing nations, and by next year, when the CPTPP and the Japan-EU pact enter into force, they will have a new advantage over the U.S. when it comes to meeting Japanese import demands.

Japan imported $608 million worth of potato products last year, and the U.S. had a commanding 70 percent market share of about $427 million, according to an analysis by USDA’s Foreign Agricultural Service. Most of the remaining 30 percent of Japan’s imports were from Belgium, the Netherlands, Canada and Malaysia. 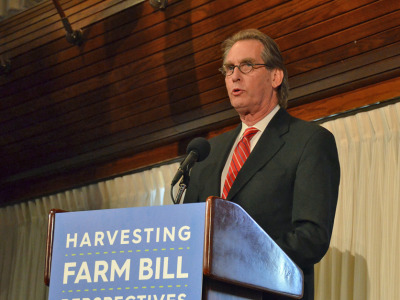 The largest category of those Japanese imports is French fries, and again the U.S. is the largest supplier. The U.S. shipped $218 million worth of frozen fries to Japan last year to capture 74.5 percent of the market. The EU (mostly Belgium, the Netherlands and Germany) sold about $51 million of fries to the Japanese, and CPTPP countries (mostly Canada and New Zealand) sold about $17 million.

But that was when Japan had a uniform 8.5 percent tariff on all potatoes and potato-product imports. That tariff will stay in place for U.S. exporters, but gradually drop to zero for EU and CPTPP members.

While most of Canada’s potato and potato-product producers concentrate on selling to their North American Free Trade Agreement partner to the south, the Canadian industry is excited about the new opportunity opening up in Japan, said Kevin MacIsaac, the general manager for United Potato Growers of Canada.

“When the tariff is removed, it certainly will be an advantage for Canada, compared to where it is now for exports to (Japan),” he told Agri-Pulse.

And it won’t be hard for Canada or even EU countries to supplant U.S. French fry exports because the products, regardless of where they come from, are so similar and interchangeable, said Keeling.

“A great thing for the American worker, what we just did,” Trump said on Jan. 23, 2017, as he signed the executive order that turned the unratified 12-country pact into an 11-country pact that many predicted would dissolve without the U.S.

But the massive trade agreement did survive and was eventually renamed and ratified by all the remaining 11 member countries.

Had the U.S. remained in the pact, it would have stayed on a level playing field with Canada while also retaining an edge over the European producers, which have higher shipping costs.

“It’s a problem,” said Keeling. “It’ll be a problem for us throughout our industry. The EU guys are very aggressive and effective marketers, so they’re stiff competition.”

And the EU is already increasing exports to Japan, according to the FAS. The European share of the Japanese market share for frozen French fries has gradually risen over the past nine years from just 4.5 percent in 2008 to 17.5 percent in 2017. At the same time, the U.S. share has decreased from 79.5 percent to 74.5 percent.

The National Potato Council, along with most U.S. farm groups, have all urged the Trump administration to either begin talks with Japan on a bilateral trade deal or join the CPTPP.

The Trump administration has reached out to Japan, U.S. government officials say, but the Japanese remain insistent that the U.S. instead rejoin its new trade agreement with other Pacific Rim countries.

“Right now, the rapid growth in potato consumption is overseas, so it's going to be our ability to access those markets that is going to give us the kind of growth that’s going to keep our industry growing,” Keeling said.