Russia, with its massive expansion in grain production and exports, is eating into U.S. market shares around the globe.

Petr Chekmarev, director of the Department of Plant Production in Russia’s Agriculture Ministry, recently predicted that Russia will be producing 150 million metric tons of grain annually by 2030, according to a report by agriCensus. That would be a 12 percent increase from current production and it’s a good reason to be concerned for U.S. exporters.

Estimates from USDA’s Economic Research Service aren’t as high as Chekmarev’s, but the ERS forecasts show already large Russian production will continue to grow in the coming years.

Wheat production in Russia is seen leveling off this year, but it's already at a record level. Farmers have added an additional 3 million hectares of wheat over the past several years, but it’s really been the weather, new technology and better farming practices that have helped push production and exports up further than anyone expected.

“The last five years have been record yield on record yield - the last two were off the charts,” said U.S. Wheat Associates President Vince Peterson. “(Last year) was two thirds of a metric ton per hectare above even its production trend line growth.” 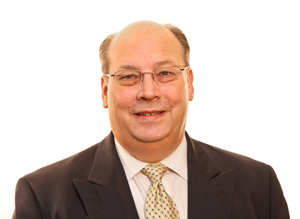 Russian farmers produced a record 85 million tons of wheat this year and they will be exporting about 42 percent of the crop, “moving Russia into the number-one position of global wheat exporters,” according to analysts at USDA’s Foreign Agricultural Service in a recent report.

“We need to learn how to trade, create an infrastructure, and export it in its pure form or processed,” Chekmarev said in the agriCENSUS article.

But that’s already happening. Russia is now competing for markets in countries like Indonesia, where imports from Australia, Canada and the U.S. have traditionally dominated.

“Industry analysts claim that Indonesia could become one of the leading export destinations for Russian wheat in few years’ time,” FAS said in the report.

The U.S. was once a major supplier of wheat to Egypt, but now Russia owns most of that market. Russia sold 7.66 million tons of wheat to Egypt last year to capture about 61 percent of the country’s import needs. Ukraine and Romania were the second- and third-largest exporters to Egypt, according to FAS data.

In the future, much of the country’s growth is expected to be in the Middle East and Africa, where demand for less expensive wheat is growing, according to Peterson.

“There is a big difference in the quality of Russian wheat compared to other competitors,” he said. “The United States, Australia and Canada are trying to breed and produce wheat that is fit for very specific market demands. Russia's customers … are not so sophisticated in their end-product demands -- and they will likely continue to tell Russia that they need low- to moderate-protein wheat at very low prices. And that is what Russia will be best placed to do. That offers very minimal incentive to produce high-end performing wheats for far-off markets.”

Meanwhile, U.S. Wheat Associates analyst Stephanie Bryant-Erdmann wrote in a recent report that the group is focusing its marketing efforts on upscale markets “that are traditionally quality conscious and experiencing growth, such as Japan, Mexico and the Philippines.”

Price used to be the major factor in global wheat trade, but that was a long time ago, she said.

“Over the past 20 years, roughly 10 (million metric tons) of U.S. wheat exports have shifted from price-sensitive markets to quality-driven markets,” according to Bryant-Erdmann.

So, while Russian wheat exports are showing no sign of slowing, rising transportation costs and quality issues will likely keep the impact muted, Peterson said.

“While we are not done with Russian competition and they are here to stay as a main player in the world market, they will behave more responsibly to these changing market signals in the next 20 years ... which will make the next cycle far different for the United States than it has been in the past 20 years,” he said. “We're not quite done yet, but the outlook is much more positive.”