Why NASS is down for the (census) count

With participation lagging, the National Agricultural Statistics Service is redoubling its efforts to encourage farmers and ranchers to answer questions for the 2017 Agricultural Census.

NASS has extended the deadline to respond into the spring in order to give farmers and ranchers more time to send their forms in or fill them out online. NASS also has used web-based advertising for the first time to boost participation.

NASS Public Affairs Director Sue King said April 3 that the return rate – the percentage of forms filled out online or mailed back to NASS – stands at 53.7 percent, behind the 66.6 percent rate of five years ago. The final return rate for the 2012 census was “a smidge over 80 percent,” said King, who added that NASS's goal is 100 percent.

“I will tell you – we’re not where we want to be,” King said, but added NASS is pushing hard to keep the census on farmers’ minds, using partners such as commodity groups and the National Association of State Departments of Agriculture.

“We’ve asked them to help more than we have in the past,” King says.

Participation rates are generally higher in the Midwest and lower in the Southeast and Southwest, according to an updated electronic map at NASS offices in Washington, D.C. Louisiana, for example, sits at about 37 percent, and Arizona is at 36.4 percent. Ag Secretary Sonny Perdue’s home state of Georgia is at 44.7 percent. Illinois, at 63.3 percent, and Iowa, at 62.4 percent, are considerably higher.

“I think you always learn something new about the makeup, health and status of the farm economy and the farm trends,” Ingram said.

NASS hasn’t set a firm deadline for producers to complete the survey, which is undertaken every five years. “Eventually we’ve got to cut it off,” King says. “We’re trying to give everyone a chance to respond.” The sooner NASS gets responses, the less follow-up, including telephone calls and home visits, will be necessary, she said.

The service has done some web-based advertising with digital and audio public service announcements in Iowa, Missouri, Nebraska, Kansas, Oklahoma and Arkansas. State departments of agriculture also are doing their own web ads.

“We did expect to have a bit of a tougher time and that’s holding true,” she said of the census effort, which kicked off in late November with an original deadline of Feb. 5.

"Collected in service to American agriculture since 1840, the census gives every producer the opportunity to be represented so that informed decisions can support their efforts to provide the world with food, fuel, feed, and fiber,” Perdue said at the time. “Every response matters." 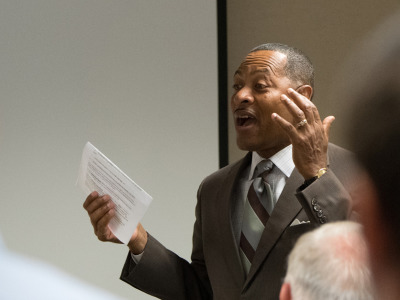 In formally extending the deadline in February, NASS stressed the importance of the data to vital programs. Census data “will affect every operation and every farming community at some point, whether it be through farm policy, disaster relief, insurance or loan programs, infrastructure improvements, or agribusiness setup,” NASS Administrator Hubert Hamer said.

USDA gearing up for 2017 Census of Agriculture
How to define ‘healthy’? Let us count the ways

Despite the depressed response rates, NASS can at least boast better acceptance of its internet interface. “Last time we had people who wanted to respond online,” King says. The problem was, “Our online form was terrible.” King didn't have web-based return rate numbers handy from five years ago, but it's definitely an increase, as 388,000 people have used the web to fill out their forms – about a quarter of the 1.5 million total responses.

Falling response rates have been a concern at USDA for a while. In a paper published about a year ago, USDA Chief Economist Rob Johannson, USDA social science analyst Anne Effland, and Mississippi State agricultural economist Keith Coble noted that “response rates on NASS crop acreage and production surveys have been falling in recent decades,” from 80-85 percent in the early 1990s to below 60 percent in some cases.

“Of even greater concern, there appears to an acceleration in the decline in the last five years or so, suggesting the possibility that this decline reflects a long-term permanent change,” they said.

As response rates decline, “the statistical reliability of estimates and forecasts decline and the value of NASS estimates for a host of other purposes declines as well,” they said.

They looked specifically at the ARC-CO program, for which NASS must meet minimum response rates in order for NASS to publish a yield estimate for a specific crop in a specific county. If NASS doesn’t get enough responses to publish an estimate, the Farm Service Agency has to use Risk Management Agency yields when available, “but these may differ from the data a NASS estimate would provide. For example, RMA data may not be as representative of the county yield as a NASS statistical sample, since not all farms participate in the crop insurance program.”

“The yield estimates used to calculate ARC-CO payment rates determine the level of payments producers with base acres will receive for that year,” the authors note. “A relatively small change in the  yield estimate for a county can have a substantial effect on the payment rate.”

King said NASS is looking at the reasons behind lower response rates. “We’re doing a lot of research to find out what the impediments are, what people are thinking,” she said.

NASS is not alone in experiencing depressed participation. A 2013 National Academy of Sciences report said that for many household surveys in the U.S., “response rates have been steadily declining for at least the past two decades,” citing “a growing societal concern over intrusions on people’s time and privacy.”

Don Villwock, a farmer in Indiana and former president of the state Farm Bureau, said growers are worried about the security of their information. “I think people in general, not just farmers, are concerned about their data,” he said.

But Villwock also said that producers may simply be preoccupied or pessimistic about the farm economy, buffeted by continuing low commodity prices and talk of a trade war with China.

Villwock also offered an observation that might help NASS save some money on postage costs. He said he filled in his form within a couple of weeks of receiving it, but has since received three forms in the mail.

“Maybe it didn’t get in the system,” he said.