Agriculture Secretary Sonny Perdue has appointed Carmen Rottenberg as administrator of the department’s Food Safety and Inspection Service and Paul Kiecker as her top deputy.

Rottenberg, who has a law degree from American University’s Washington College of Law, has been serving as the deputy administrator for FSIS and, since August 2017, as the acting deputy undersecretary for USDA’s Office of Food Safety. She’ll continue to hold that position until a nominee has been confirmed by the Senate. She joined FSIS as an equal employment opportunity specialist in 2007.

Kiecker (pronounced KICK-er), who began his career as a food inspector three decades ago, has been serving as acting administrator for FSIS since August 2017. He has held numerous leadership positions within the agency, including as a district manager, executive associate for regulatory operations and as deputy assistant administrator for FSIS’s Office of Field Operations. 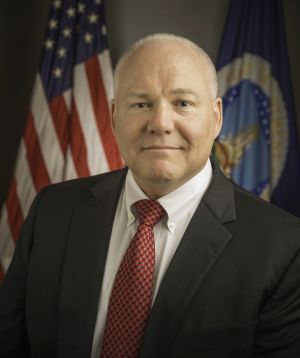 “Providing all Americans access to a safe and secure food supply is one of USDA’s critical missions,” Perdue said in a news release. “Carmen and Paul have been instrumental in carrying out this mission and will continue to lead FSIS in their new roles.”

This week’s Open Mic guest is USDA Deputy Secretary Steve Censky. The COVID-19 pandemic has brought a number of challenges for the food production system in the nation. Censky speaks to the industry’s response to the crisis and the strength of the agriculture industry to respond to consumer needs. He says school nutrition is a top priority for the department and discusses the challenge to shift perishable foods into retail food channels as well as food banks across the country. He also addresses agriculture’s labor needs and cooperation between government agencies to see an adequate workforce in the nation as well as USDA efforts to assist young and beginning farmers.
Listen Here

The passage of legislation to aid in the nation's recovery to the coronavirus has farm policy observers watching the implementation process. Agri-Pulse's Phil Brasher and Spencer Chase discuss that and more in this week's video.