Proposed changes to sage grouse plans will get close scrutiny

Livestock producers and environmental groups will be taking a close look over the next few months at Bureau of Land Management proposals that would give states more authority to manage greater sage grouse populations.

So far, the feedback has been mixed since the proposals – in the form of draft Environmental Impact Statements and Resource Management Plans – were released earlier this month. The documents cover lands in seven states – Wyoming, California, Nevada, Idaho, Utah, Colorado and Oregon.

Ethan Lane, executive director of the Public Lands Council, said the BLM proposals are better from a rancher’s perspective than the Obama administration’s 2015 plans, which were the basis for the Fish and Wildlife Service concluding that the bird did not need to be listed under the Endangered Species Act.

On one issue that is key for livestock producers, Lane pointed to BLM’s elimination of a goal to maintain 7-inch grass height for sage-grouse, which environmental advocates maintain is necessary to provide cover for the birds.

Lane said the science on the importance of grass height to sage grouse survival has been “evolving” since the plans were released in 2015. He said the latest research has found that the practice of measuring grass height weeks after hatching, resulted in the conclusion that high grasses were necessary for reproductive success.

New studies, however, have found otherwise, concluding that “the height of grass may not be as crucial to sage grouse nesting success as previously thought,” according to a summary by the Sage Grouse Initiative, an effort comprising federal, state and local government, as well as non-governmental organizations and private companies. 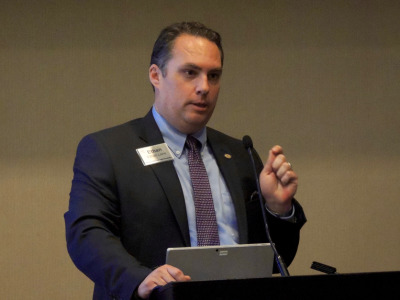 Lane said he wants BLM managers to have the flexibility to make the right calls for sage grouse so that they do not impose a standard that’s unachievable. He also said that the place to find “thriving sage grouse populations” is on working ranches.

Environmental groups, however, were not happy with the proposed changes. Western Watersheds Project Executive Director Erik Molvar called livestock grazing “the primary cause of sage grouse decline” and criticized elimination of the 7-inch objective.

Molvar called the amendments “a blank check” for Western governors to regulate sage grouse “as they see fit.”

“How can I reconcile your rhetoric about the importance of regional collaboration with the reality that the department is choosing to implement state-based plans for sage grouse when we all agree that conservation of the sage steppe is a regional issue?" Udall asked, referring to the bird's preferred habitat.

“States do matter,” Zinke said. “Every governor but one asked for amendments on the one-size-fits-all plan.” Zinke added that giving states flexibility to address issues with their fish and wildlife professionals is “prudent policy.”

The comment period on the BLM proposals or plan amendments ends Aug. 2.