“We believe very strongly that our kids are just as important as the kids in New York or, for us, L.A. … or San Francisco.”

“Our kids deserve the same educational opportunities as any other kid in the country,” Walters said in an Agri-Pulse interview. He says that because many sparsely populated rural counties in the West have 70 percent or more of their land in National Forests that pay no taxes, “we’re unable to generate the extra revenue that other areas can generate and it hampers our ability to provide those opportunities.” 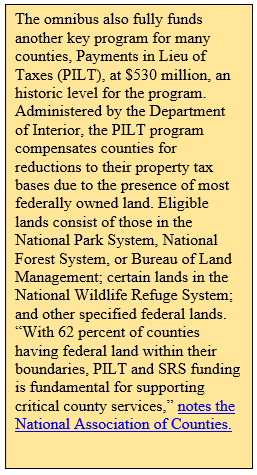 To deal with the no-taxes challenge, Walters is celebrating what he calls a “huge victory” – the fact that rural county officials across 41 states and their 9 million students in 775 forest counties are starting to get $242 million from the Forest Service and the Bureau of Land Management in delayed fiscal 2017 SRS payments. After a hard-fought battle, the omnibus funding bill Congress passed in March included reauthorizing SRS to help pay for rural schools and roads and for other public services like jails and search & rescue.

But the victory for SRS is partial because reauthorization is only for two years and doesn’t reimburse counties for the FY 2016 payment never made after Congress let SRS expire in 2015. So, the next reauthorization push is already under way to prevent another payments lapse in 2019.

Even before SRS’ omnibus victory, key stakeholders and their champions in Congress led by Sens. Orrin Hatch, R-Utah, and Ron Wyden, D-Ore., and Reps. Cathy McMorris Rodgers, R-Wash., and Greg Walden, R-Ore., began work on the next step. The hoped-for outcome is bipartisan legislation to create a permanent source of funding to ensure that the rural counties that host National Forests have enough money to continue providing essential public services.

Key to this outcome, according to the National Forest Counties and Schools Coalition, where Walters serves on the executive committee, is rewriting National Forest management legislation dating from 1908 to pay counties not only 25 percent of timber sales revenue but also pay a share from all National Forest “revenue generating programs and activities.” The goal is to create “a sustainable level of funding from actual receipts.” 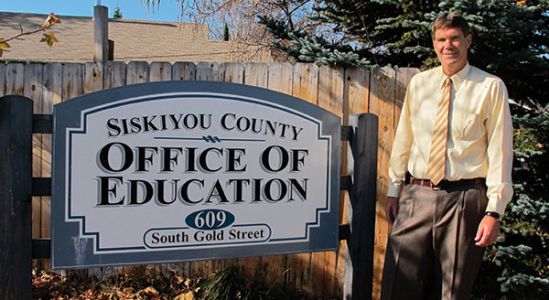 Walters himself illustrates the problem. When new environmental restrictions cut back sharply on National Forest timber harvests, Walters lost his job in the logging industry and went back to school for his teacher certification. Today he’s keenly aware of how federal forest management continues to impact rural communities.

Walters, who heads the California Forest County Schools Coalition, deals directly with the impacts as school superintendent for Siskiyou County, a 45,000-population county with “the largest portion of Secure Rural School funding in California.” Over the last eight years, he’s seen SRS funds for his county schools plunge from around $4 million to a likely $1.8 to $1.9 million for FY 2018.

He’s also concerned because there’s an equally sharp cut in SRS funding for county roads. He points out that these roads need to be maintained and plowed in the winter, not only for access to National Forests for timber harvesting and for public recreation, but also to keep school buses and students safe.

So, Walters fought hard for reauthorization, saying he and other supporters “felt that if we didn’t get reauthorization this year, we would probably not be able to resurrect it.”

Accepting that timber sales are never likely to return to past high levels, he says the good news is that SRS reauthorization “gives us time to work with Congress to come up with a long-term solution . . . a way to share all revenues coming off the National Forests besides just timber receipts.”

Calling for a new approach to forest management, Walters warns that “right now our forest management plan is not to do anything and then watch it burn all summer, and that’s not working. . . We’ve seen hundreds of thousands of acres burn every year that could have been managed, where we could have captured some revenue. It just doesn’t make sense.”

Walters concludes that the SRS fight will continue despite federal budget problems because “we believe the federal government still owes these rural counties and schools what was promised in 1908.”

With 880 K-12 students in her schools, Douglass says that the sharp drop in SRS funding since 2010 forced the district to close its middle school, merge it with the high school, close its alternative-learning Columbia Gorge School, and cut back on school counselors.

To battle the cuts, in her three years as superintendent Douglass has travelled to Washington, D.C., five times to take her message to Congress. She said what she heard back from Congress was, “We don’t want to just continue to pay out dollars without some type of solution.” Douglass agrees that a new long-term forest management plan is needed and that families who live in the country should be able to “earn a living wage off of the forest that surrounds us.” But she insists that “until we figure out how that can be done, my students shouldn’t suffer.” 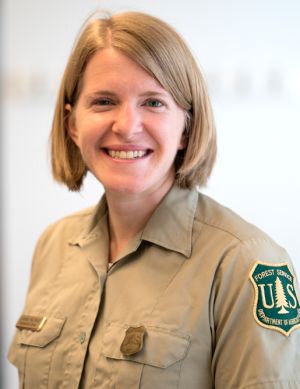 In an Agri-Pulse interview, Veldhuis explained that counties use the SRS program “to help create jobs, provide funding to schools and roads, get reimbursed for emergency response measures such as search & rescue, and they engage local communities to recommend projects on the National Forests.” As for what’s coming next for SRS, she says “that depends on what Congress wants to do.”

Veldhuis adds that SRS is one of the many USDA rural programs that “play an important role in strengthening these communities and developing important collaborative relationships” between USDA and partners. “The USDA Forest Service is a proud partner of the communities in which we work and we are committed to improving America’s working forests and striving to meet the needs of rural communities with whatever resources and authorities that we have at the time.”

But as to whether a new forest management plan is needed for the National Forests as advocated by Kermith Walters and Karen Douglass, Veldhuis concludes that “Congress will decide what’s needed next.”