The top Democrat on the Senate Agriculture Committee hope to release a draft of their farm bill this week, and Majority Leader Mitch McConnell promises to move it quickly to the floor.

Senate Agriculture Chairman Pat Roberts, R-Kan., is tentatively planning for his committee to act on the bill June 13. McConnell said Tuesday that the Senate will debate the bill on the floor before the week-long July 4 recess.

For McConnell, the bill has become a personal priority because it will include provisions to legalize production of industrial hemp.

Prompt Senate action this month on legislation that will likely have broad bipartisan support coming out of Roberts’ committee increases the chances that a new farm bill could get enacted yet this year.

But House Republicans have so far been unable to pass their version of the farm bill because of united Democratic opposition and an unrelated dispute over immigration that cost the measure conservative support. And there will be major differences between the House and Senate farm bills on reforms to the Supplemental Nutrition Assistance Program that the House GOP insisted on putting in their version.

Roberts said Monday that he and ranking member Debbie Stabenow, D-Mich., were “very close” to agreement on the bill’s final details.

“It’s got to be done,” Roberts said, expressing a sense of urgency for moving the bill. “I don’t want this to slip anymore.” 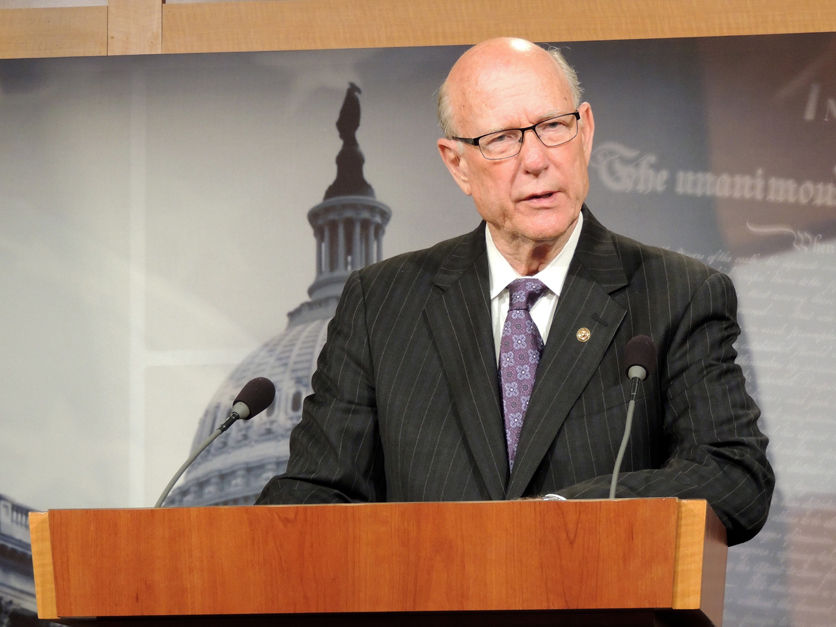 One source said that most of the major issues facing Roberts and Stabenow had been settled heading into this week, likely including changes to the Agriculture Risk Coverage program. Roberts had ruled out major changes to ARC and the Price Loss Coverage program, including a base update, sought by some Midwest senators. Roberts said those changes would have hurt several states, including his own, although there would be some improvements made to ARC.

Dairy producers’ Margin Protection Program is expected to get some tweaks in the Senate bill. But a source familiar with what the committee was discussing said they were likely to be relatively minor and would not include increasing MPP coverage to $9 per hundredweight as the House bill would do.

For farm groups, the prospects for smooth passage of a farm bill without partisan rancor would be a welcome outcome after the defeat of the House farm bill May 18.

He hopes the “positive news out of the Senate will grease the wheels in the House.”

The House currently has a deadline of June 22 to reconsider the farm bill.

The Farm Bureau has been contacting House members who voted against the bill to ask them to consider supporting it when there is a new vote.

Roger Johnson, president of the National Farmers Union, said it’s not clear that House Republicans can pass their bill, and then the differences over SNAP could cloud the chances for agreement on a final bill should the House GOP insist on reforms that Democrats won’t accept.

The House bill would expand SNAP’s work requirements to include adults in their 50s as well as parents with children over the age of 6.

“The House is absolutely a wild card right now,” Johnson said. One of the big open questions is whether House Agriculture Chairman Mike Conaway will agree to a final farm bill acceptable to Senate Democrats that omits new work requirements for SNAP.  “I don’t know how if you’re Mike Conaway you take that bill back to the (House) floor,” said Johnson.

Enacting a farm bill in Congress also will require finishing work on the legislation on a relatively compressed timeline. Congress hasn’t passed a new farm bill in the same year it was introduced since 1990. The House and Senate floor didn’t debate their versions of the 1990 bill until July and the bill was still signed into law before the end of November.