A USDA savings account for rural electric and telephone cooperatives that allows them to earn substantially more interest than they could from private bankers has become a major source of potential funding for a new farm bill.

The Cushion of Credit Payments Program, as the account is known, was created in 1987 but only took off in popularity over the last decade, when commercial interest rates have fallen well below the fixed rate that USDA pays - 5 percent.

In 2007, the account held $594 million. By last year, the total on deposit topped $6.4 billion, and this year the balance has jumped to nearly $7.4 billion, according to USDA's Rural Utilities Service.

The program is actually an escrow account, since deposits and accumulated interest can only be used to pay off RUS loans. But co-ops can deposit up to the full amount they have borrowed from RUS, and the fast growth in the fund balance has made it an attractive source of money for lawmakers.

President Donald Trump proposed in 2017 and again this year to prohibit any new deposits in the fund, an idea that the Senate Agriculture Committee jumped on and expanded in their effort to find money to fund a series of programs in the farm bill that the Senate passed last month, 86-11.

The Senate bill would not only prohibit new deposits, it would also slash the interest rate on existing balances by about 1.4 percentage points, freeing up $2.3 billion over 10 years that the Senate farm bill writers could put to other uses. The Congressional Budget Office estimates that if the account is left alone, co-ops will earn about $4 billion in interest on their deposits over 10 years.

Co-ops have been fighting the cut but some kind of reduction appears likely, given how strapped House and Senate negotiators will be for funding as they try to write a final farm bill over the coming weeks. 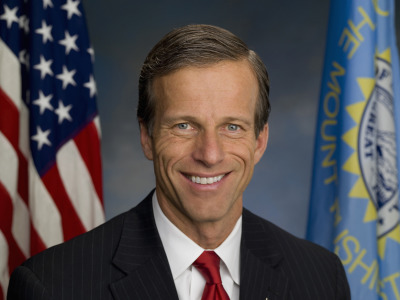 “There are lots of folks who would like to see this fixed, with the exception of the rural electrics,” said Senate Agriculture Committee member John Thune, R-S.D. “I’m sure they’ll be able to influence the discussions in their direction, but it was a fairly significant pay-for and a change that a lot of people looked at and said, ‘OK, this makes sense.’”

The problem the co-ops face is that House and Senate negotiators have few options for funding popular programs that will run out of money Sept. 30, much less for enacting new initiatives or for improving existing programs. The Cushion of Credit program was by far the biggest spending offset, or pay-for, that the Senate committee tapped. They did find a source of money outside the farm bill, Customs revenue, but that generated just $370 million, far less than the co-op account.

The House Agriculture Committee funded its bill largely through eliminating the Conservation Stewardship Program and by cutting Supplemental Nutrition Assistance Program benefit costs. The CSP cut allowed the committee to move $800 million from the conservation title to other sections of the bill. The cut to SNAP spending was shifted into other initiatives within the nutrition title.

Rural electric co-ops, who unsuccessfully appealed to the Senate to leave the Cushion of Credit program alone, are not ruling out a compromise in the House-Senate conference committee that will write the final bill.

"Folks in this town who say it’s their way or the highway usually don’t wind up being successful," said Kirk Johnson, senior vice president of government relations for the National Rural Electric Cooperative Association. "I think there are some opportunities here for a win-win resolution." He said the account has grown because of several factors, one being that with the slowdown in the rural economy, co-ops need options for managing their cash since there is lessened demand for infrastructure expansion. He said the deposits also benefit the government because the program insures co-ops can make loan payments even when their revenue stream is interrupted by a natural disaster.

He said Congress set the interest rate at 5 percent at a time when commercial rates were higher than that. “Folks didn’t envision nearly a decade of historically low interest rates,” Johnson said.

According to a statement from the Senate Agriculture Committee, commercial interest rates have been on average 275 basis points, or 2.75 percent, lower than 5 percent.

Some 452 electric co-ops and 194 telephone co-ops currently have accounts in the fund.

Some bankers see the program as unfair competition. Neither the American Bankers Association nor the Independent Community Bankers Association have taken a position on the farm bill provision, but Edwin Elfmann, ABA's senior vice president for agricultural and rural banking policy, said some banks have expressed concern that co-ops invest in the USDA account rather than a commercial certificate of deposit.

Some of the savings from cutting the Cushion of Credit program was used to provide $10 million in mandatory funding for USDA’s Rural Economic Development Loan and Grant Program, known as REDLG (pronounced “red leg”). Under the program, USDA provides no-interest loans to local utilities, which then pass the money to local businesses. The businesses repay the utilities, which in turns repay USDA.

"There are certainly positive elements to the farm bill, and REDLG is one of those," said NRECA's Johnson. But, he added, that doesn't mean the farm bill "doesn't have any warts on it relative to our priorities. ... The Cushion of Credit change is a pretty big wart."