Fires in Oregon wheat fields have claimed thousands of crop acres and taken the life of a farmer seeking to stop a blaze from spreading, but the damage to pocketbooks might not be over.

Oregon’s two U.S. senators – Democrats Ron Wyden and Jeff Merkley – have sent a letter to Ag Secretary Sonny Perdue asking USDA to “provide any and all possible emergency assistance” to affected producers. The letter – submitted with Oregon Governor Kate Brown – also includes requests for reimbursement of firefighting costs undertaken by local entities and the producers themselves.

“The community needs provisions for fighting fires, reimbursement for costs already incurred, and assistance to either replant or otherwise stabilize the soil until the next planting season,” the officials write. 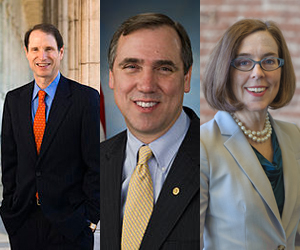 Wyden, Merkley and Brown also note their concern that “federal programs such as crop insurance, or even normal disaster assistance, are not sufficient for this type of disaster.”

In total, officials estimate about 79,000 acres burned in a number of fires in the last week. However, it is not currently known how much of the charred land was crop ground. Jim Johnson, a land use and water planning coordinator with the Oregon Department of Agriculture, is in the process of trying to determine how much ag land was hit by the fire.

“Now, how much of that was actually harvested, how much was in wheat, how much was in fallow, we’re going to have to wait until actual on-the-ground inventories,” he said, adding that he hopes to get a better idea in the “next couple of days.”

In the case of the Substation Fire, which burned near The Dalles, Oregon, officials are investigating it as a potential arson. Should that be the case, growers who opted against purchasing fire protection as part of their crop insurance could face an uninsured loss. Federal crop insurance does not cover such losses.

Luckily, Darren Padget, the secretary-treasurer for the U.S. Wheat Associates and a farmer from the area, tells Agri-Pulse the dry climate and history of fires leads many local producers to carry fire insurance.

USDA’s Risk Management Agency also recently changed its rules to prevent farmers from having to declare zero production due to fire losses on their actual production history, a good break for producers suffering a loss.

But those who did suffer a loss missed out on above-average production. This year’s crop was expected to be more bountiful than usual, in some cases experiencing a 20 bushel-per-acre jump over typical yields. Even in the event that the proper insurance levels were purchased to cover fire losses, some farmers didn’t have adequate coverage to cover the boom in production.

“Cutting a good crop is a lot more fun than cutting a crappy one. This was kind of one you wanted to harvest,” Padgett said as he drove around a field of his own that was achieving yields about 30 to 40 percent higher than usual. “There’s a lot of guys just that just lost 100 percent of what they had left to cut.”

Oregon, much like the rest of the Pacific Northwest, is still in the early stages of wheat harvest. According to USDA’s Crop Progress Report for the week ending July 22, Oregon had harvested just 32 percent of its winter wheat, well behind the national average of 80 percent but on par with the state’s five-year average. Oregon Farm Bureau President Barry Bushue said the impact of the fires will be exacerbated by when they hit.

“It was horrible timing in terms of the fact that the crop was ready to be harvested, folks had started harvesting, and obviously some of those guys are going to miss out.”