She and Tony Corbo, senior lobbyist at Food & Water Watch (FWW), said FSIS had not fulfilled a promise it made four years ago when it established the New Poultry Inspection System (NPIS), designed to allow FSIS inspectors to perform more offline inspection activities “while providing for a more efficient and effective online carcass-by-carcass inspection.”

In that rule, FSIS said it would assess whether poultry establishments “have implemented measures that are effective in maintaining process control” after the NPIS has been “fully implemented on a wide scale, and the agency has gained at least a year of experience under the new system.” 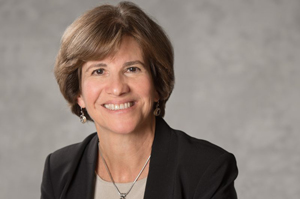 FSIS said back then that it would “assess the impact of changes adopted by establishments operating under the NPIS by evaluating the results of the Agency’s Salmonella and Campylobacter verification sampling” and other documentation.

Only plants that have been in the NPIS for a year with a “demonstrated ability to maintain process control and demonstrated history of regulatory compliance” will be eligible for waivers, FSIS said in a Federal Register notice last week to establish the new criteria.

But the two advocates said FSIS has not conducted such an analysis. “FSIS has done no evaluation” of whether plants are capable of meeting NPIS standards, Corbo said. Berkowitz said non-governmental organization stakeholders "are stunned that they put this into the Federal Register without notice and comment."

Corbo also said FSIS officials had told him and other consumer advocates the waiver criteria would be put out for public comment. An FSIS spokesperson said the agency had made no such commitment.

Of the 187 young chicken establishments that could adopt the NPIS, 71 have done so, Berkowitz said, but only 61 have been in NPIS for more than a year. In establishing waiver criteria, “They’re jumping the gun,” she said.

The National Chicken Council said it “cannot speculate on what FSIS meant by ‘wide scale,’ as that is subjective and would be a question for the  agency.” Responding to questions from Agri-Pulse, FSIS said, "The evaluation of the 2014 poultry inspection rule will begin once FSIS approves an establishment’s waiver and evaluates its ability to maintain process control at higher line speeds and to compare against data from the former HIMP young chicken establishments also operating under line speed waivers. The data will ultimately be used to inform future rulemaking, if warranted."

Food & Water Watch said last month that, based on USDA data and other information obtained under the Freedom of Information Act, chicken slaughter plants that have converted to NPIS are more likely to fail FSIS’s performance standard for Salmonella than plants that use the traditional inspection model, with more inspectors on the line inspecting carcasses. More than twice as many NPIS plants as non-NPIS plants failed the Salmonella standard, FWW said.

FSIS disputed FWW's conclusions, saying that "the plants that have converted to NPIS have not failed FSIS’ Salmonella performance standards at a rate greater than non-NPIS plants."

NCC cited an FSIS presentation from a year ago that said “NPIS-converted establishments have similar Salmonella levels to other like establishments.” NCC spokesman Tom Super said he couldn’t comment on FWW’s data, saying it was obtained under FOIA “so we have no idea what data was used to make these accusations.” Super also said "the safety record of plants operating at 175 bpm, both in the U.S. and in dozens of countries all over the world, has been proven time and again."

He added, “The method by which FSIS categorizes establishments is not reflective of process control nor reflective of current in-plant conditions.”

The Federal Register notice with the new criteria also contained an official denial of a petition filed by NCC to lift line speed limits for all plants. Last week, Super told Agri-Pulse that while NCC was disappointed by the denial, it was pleased that FSIS had established a “path forward” for plants to gain waivers.