As noted in the State of the Heartland report that the Walton Family Foundation released as part of its summit in Bentonville, Ark., where Walmart is headquartered, “The Heartland’s ruralness may in itself be a drag on growth.”

Defining the Heartland as a group of 19 states stretching from North Dakota to Texas, the report concludes that the region is rich in investment opportunities and includes examples like Chicago and the Minneapolis-Saint Paul metro area that are outperforming non-Heartland averages.

But the report warns that Heartland states struggling to catch up could fall further behind unless they learn from the winners and step up their game.

Among the 350 major “investors and instigators” participating in the summit along with top Walmart officials, former U.S. Agriculture Secretary Tom Vilsack explained to Agri-Pulse that the summit prioritized rural economic development by:

Vilsack, now president and CEO of the U.S. Dairy Export Council, said that in his presentation and his discussions with investors at the summit, he wanted “to make sure they understood why it’s important for them to invest in these places."

"It’s the source of our food, it’s the place where most of our energy is produced, it’s a place of recreation and tourism which is a major industry in the United States, and it’s a place which, as I’ve said in virtually every speech I’ve given, disproportionately contributes to our military and service in this country.”

Vilsack found the investors very attentive, pointing out that AOL co-founder Steve Case and his wife Jean “were in the front row during all of the presentations, taking notes and really absorbing all of this.” As CEO of Revolution, "a Washington, D.C.-based investment firm he co-founded in 2005, (Case) partners with visionary entrepreneurs to build significant ‘built to last’ new businesses. The mission is to establish Revolution as the premier firm outside of Silicon Valley." 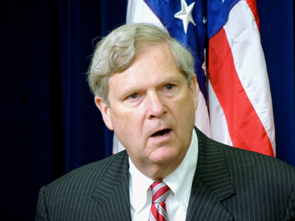 Vilsack said that educating the philanthropic community in particular is sorely needed. He explained that “only five percent of philanthropic funds are invested in rural areas of the United States and there is obviously a significant need for a wide array of investments.”

Vilsack: US carbon market needs a focus on farmers

The “State of the Heartland” report argues the need for both education and rural investment. Among other things, it points out that the Heartland’s share of national venture capital funding has shrunk from 11 percent since 1995 to 5.2 percent.

Vilsack’s advice to would-be investors is that “they can’t come here and dictate that they have the answers” but instead need “to ask the questions ‘What do you need, how can we help?’” He says the next step is for investors “to understand that many of these communities have not had a lot of success in attracting resources because they don’t really know the process.” So, he calls on the investment community to help local leadership learn “how to approach government resources, how to approach the philanthropic community, how to approach the private sector to try to attract investment.”

Another summit participant, rural development expert Matt McKenna, executive in residence at Georgetown University’s School of Business, tells Agri-Pulse that in the search for new investments, the Heartland Summit and Walmart/Walton credibility provided important help: “a mainstream discussion of not just the needs, but the opportunities that rural America represents for investment.”

McKenna agrees there’s an urgent need attract rural investment, noting “there are sources of capital that are available to the rest of the country that just don’t seem to be available in this part of America.” While he welcomes USDA investments going into rural roads, water systems and other physical infrastructure, he calls now for building “financial infrastructure that will provide sources of credit and sources of equity to rural businesses.”

McKenna, who headed USDA’s former Rural Opportunity Initiative that now operates as part of Georgetown University’s Global Social Enterprise Initiative, points to another boost for rural communities. He says the 74-page federal Opportunity Zone regulations released last Friday by the IRS “should be a magnet for new capital coming into rural America.” He notes that 23 percent of the 8,700 new tax-break zones designated by all 50 state governors are in rural areas. 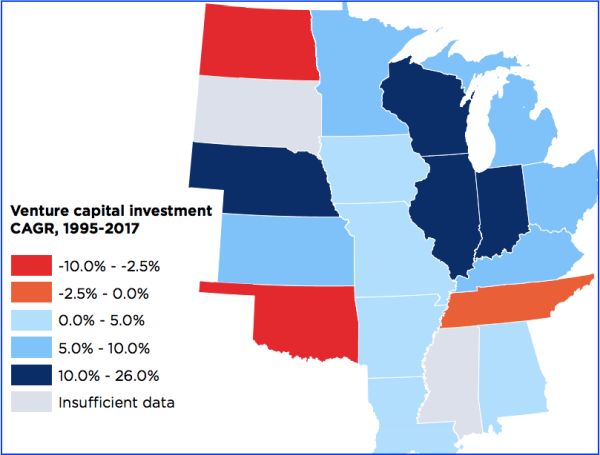