Some activist groups and small-farm advocates seem to dislike anything that qualifies as a “big” agribusiness – especially those that sell crop protection chemicals. But they are increasingly being met by leaders who are openly trying to address their concerns.

That was part of the message delivered by the heads of two top agribusinesses during last week’s World Food Prize events in Des Moines, Iowa.

“There is - in some parts of society - a lack of trust in what we do,” acknowledged Liam Condon, president of the Crop Science division of Bayer AG. “The only way we can gain this trust is by walking the talk, showing we care and being transparent. The way we behave has got to be extremely responsible.” He said his approach requires a different framing, beyond talk of product to talk of purpose.

“It is a big thing we’ve put together,” Condon told Agri-Pulse. “We’d better deliver. And delivering means this had better be creating value for growers foremost and then, through that, for consumers and the planet.”

For the last two and a half years, Condon and Bayer’s leadership team worked on acquiring Monsanto and divesting assets targeted by the U.S. Department of Justice. DOJ required Bayer AG to sell off businesses and assets worth about $9 billion in order to proceed with the proposed $66 billion acquisition. The deal closed this past summer and offices started to integrate on August 21.

Bayer’s acquisition is part of a global consolidation trend, where some of the largest crop protection and seed companies are combining research and product lines to be more competitive. Last year, Dow and DuPont completed a merger that united the companies’ agricultural divisions into what is now Corteva Agriscience. Another major player, Syngenta, sold its seed and crop protection portfolio to China National Chemical Corp. (ChemChina) last year for $43 billion.

Both Condon and Jim Collins, Corteva's chief operating officer, talked about how they hope to collaborate with others to develop innovative solutions. For example, Collins cited Corteva’s focus on “bringing the outside in,” which “lies in the notion that we need to bring farmers and consumers closer to the heart of our innovation model.” He said this involves engaging to “build solutions that meet their concerns, in the fields but also in their homes.”

He cited the company's open innovation portal that “identifies problems and challenges that we currently don’t have solutions for” and invites startups and other innovators around the world to bring their ideas forward. Collins also said Corteva would convene a global conference to identify three major initiatives addressing climate change and water access. 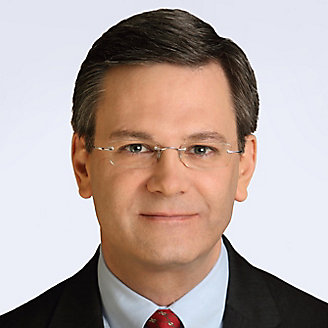 Both leaders are excited about the potential for digital agriculture to create more prescriptive, on-farm solutions.

“With data science and the data analytics available, we’re seeing more and more that we can help farmers really make smarter decisions in real time. And this really has a very clear value impact that’s traceable, and, literally in real time, visible,” Condon said. “It will go a long way to helping further increase productivity, but also doing things in a more sustainable manner.”

Condon said there is an “opportunity to move the story from the perception of agriculture being part of the problem to actually being part of the solution. And getting towards just not carbon-free, but actually climate-positive agriculture. Which is possible. It just takes a lot of effort.”

One of the biggest headwinds facing these innovative companies is the lack of science-based, consistent regulations. Collins lamented “fragmented regulatory systems around the world” that slow down the pace of innovation but also “hammers our collective ability to share best practices from market to market.”

One of the most problematic decisions was made recently when the European Union Court of Justice (ECJ) ruled that new gene-editing techniques must go through the same lengthy approval process as traditional transgenic genetically modified (GM) plants.  The decision could block technology that’s gaining acceptance in many countries from being accepted in Europe and also “in Africa where a lot of countries look to Europe for their regulatory kind of policies,” said Condon. “This means this technology might not be fully available and trade might be hampered. It would be really a travesty.”

But Condon says “the book isn’t closed” on the ECJ decision. He called for a broad alliance of companies, breeders, universities and even consumer groups to say, “You know, this is something that we actually need.”