US ups the pressure on South Korea for more ag access

When USDA Undersecretary Ted McKinney spoke at a recent United Fresh conference, he made a point to both highlight the renegotiation of the U.S.-South Korea Free Trade Agreement (KORUS) as well as thank the U.S. rice sector for not complicating the talks.

America’s rice farmers sorely wanted more market access for their crop during the talks with South Korea that began last year. They didn’t get it, but now the situation is changing and U.S. negotiators are leaning hard on their South Korean counterparts to allow in more U.S. farm products.

Commodities like rice and apples are “sensitive” crops for Korean politicians, who are extremely hesitant to open the country up to imports. U.S. negotiators gave the Koreans a pass on those commodities and a few others when they negotiated and then renegotiated KORUS. But now that the trade deal is done, the U.S. Trade Representative is making new demands, government officials tell Agri-Pulse.

U.S. negotiators “made it very clear” to the South Koreans that the Trump administration was not going to let up on the pressure, said one U.S. official.

The South Korean delegation assured U.S. negotiators that a proposal to increase U.S. market access was in the works, but did not give a time frame on how long that would take, the source said. 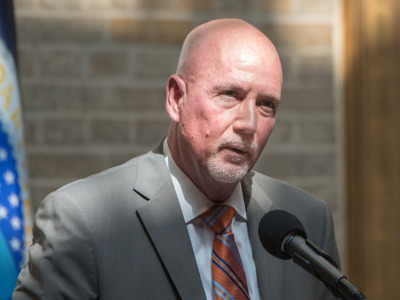 About three years ago South Korea terminated a tariff rate quota guaranteeing the country would buy U.S. rice. In its place, the Asian country initiated a broad TRQ for all World Trade Organization countries. The USA Rice Federation wants that policy of “tariffication” revoked and a dedicated TRQ reinstated.

“South Korea is still obligated under its WTO commitments to import 408,700 metric tons of rice per year,” said Jim Guinn, USA Rice’s director of Asia promotion programs, in a report by the farm group.  “However, the United States no longer enjoys a country specific quota since Korea moved to rice ‘tariffication’ in January 2015, with over-quota tariffs of 513 percent.

South Korea close to filling quota pledge for US rice
US, South Korea sign off on free trade agreement

“The terms of rice access in Korea have been uncertain since 2015 and we’ve made clear to the administration that it’s time to restore certainty and access to this market,” Cummings said.

U.S. negotiators are taking the American rice sector seriously and the Koreans are taking U.S. demands seriously, perhaps because the Trump administration is reportedly floating the possibility of new tariffs on South Korean cars and car parts.

Mexico and Canada insisted on provisions in the newly renegotiated North American Free Trade Agreement protecting them against auto tariffs. There is no such provision in KORUS. Trump and South Korea President Moon Jae-in signed off on the renegotiated KORUS on Sept. 24.

The White House, according to a Bloomberg report, is mulling over a draft report from the Commerce Department that proposes to hit South Korea with a 25 percent tariff on automobiles. The threat is a familiar one. President Donald Trump attributed Japan’s recent willingness to begin talks on a bilateral free trade agreement to a threat from him to levy new auto tariffs.

The Trump administration is also pushing hard for South Korea to lift its ban on U.S. apples. American farmers have been demanding the market be opened for about 30 years while the South Koreans have used a wide range of excuses to rebuff those demands.

The day before the South Koreans met with USTR officials last week, they spent the day at USDA, explaining why the country was not yet ready to import U.S. apples.

“It’s always been something or another, but basically the real problem is that they don’t let apples in from any country,” Mark Powers, president of the Northwest Horticultural Council, told Agri-Pulse. “They’re extremely protectionist. They’ve got a very strong apple industry … that they’re seeking to protect.”

The latest tactic: the South Korean delegation requested a new pest risk assessment from the USDA’s Animal and Plant Health Inspection Service, a U.S. official said. USDA agreed, but reluctantly because APHIS had already given the country a risk assessment and another seemed unnecessary.

“It’s getting ridiculous,” the source said.