Agricultural banks are generally doing well, but they need to keep a close eye on their portfolios as financial pressures continue to increase in farm country, federal and state regulators told a group of attendees at the National Agricultural Bankers Conference in Omaha Tuesday.

As evidence, he noted that as of June 30 (for the current fiscal year ending Sept. 30), the median for past-due loans at the 1,383 ag banks in the country was 1.79 percent. In addition, LaPierre said at ag banks, "charge-offs," which happen when a creditor writes off a loan as uncollectable, “have been virtually nonexistent.”

The reason, he said, is ag banks have been diligent about how they renew and restructure loans, especially as they deal with more carryover debt – loans that cannot be paid in the current growing season but must be carried over to the next one.

Karen Boehler, a risk and operations officer at Office of the Comptroller of the Currency in Denver, said low commodity prices over the past few years have been offset by record yields and stable land values. Nevertheless, “rising interest rates could put more pressure on cash flows.”

Boehler said ag bankers preparing for visits from bank examiners should look closely at how they will address succession issues and staffing challenges, as well as their use of technology. “Are you a participant or are you an observer?” she asked.

On the issue of credit risk management, she said, “We’re going to look that you have a sound lending policy.” OCC examiners look at each loan independently, and “cash flow estimates should be reasonable and include accurate estimates of expense, especially family expenses,” she said.

“Overall, we don’t really see a lot of problem banks,” she said. 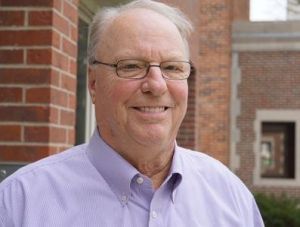 As in other sessions at the conference, the regulators spoke of the need for bankers to look carefully at each loan in their portfolio to see which ones are strong and which ones need special attention.

“The thing we would be looking at is for a lender plan for any loan that has carryover (debt),” said Kelly Lammers, deputy director of the Nebraska Department of Banking.

Boehler said bankers should not be shy about asking questions of regulators. “Probably the best thing is good, open honest communication and dialogue,” she said. “The more you raise your hand and work with us, makes both of our lives easier,” she said. “We really do value your input.”

One issue both LaPierre and Lammers mentioned is liquidity. Banks have so much money lent, Lammers said, his biggest concern is "where do we get the money to make those loans?”

“Liquidity has certainly become an issue, I would argue in all banks, but especially in our rural banks,” LaPierre said. With deposits not growing as fast as loan rates, “banks need to go out and find ways to fund themselves,” he said.