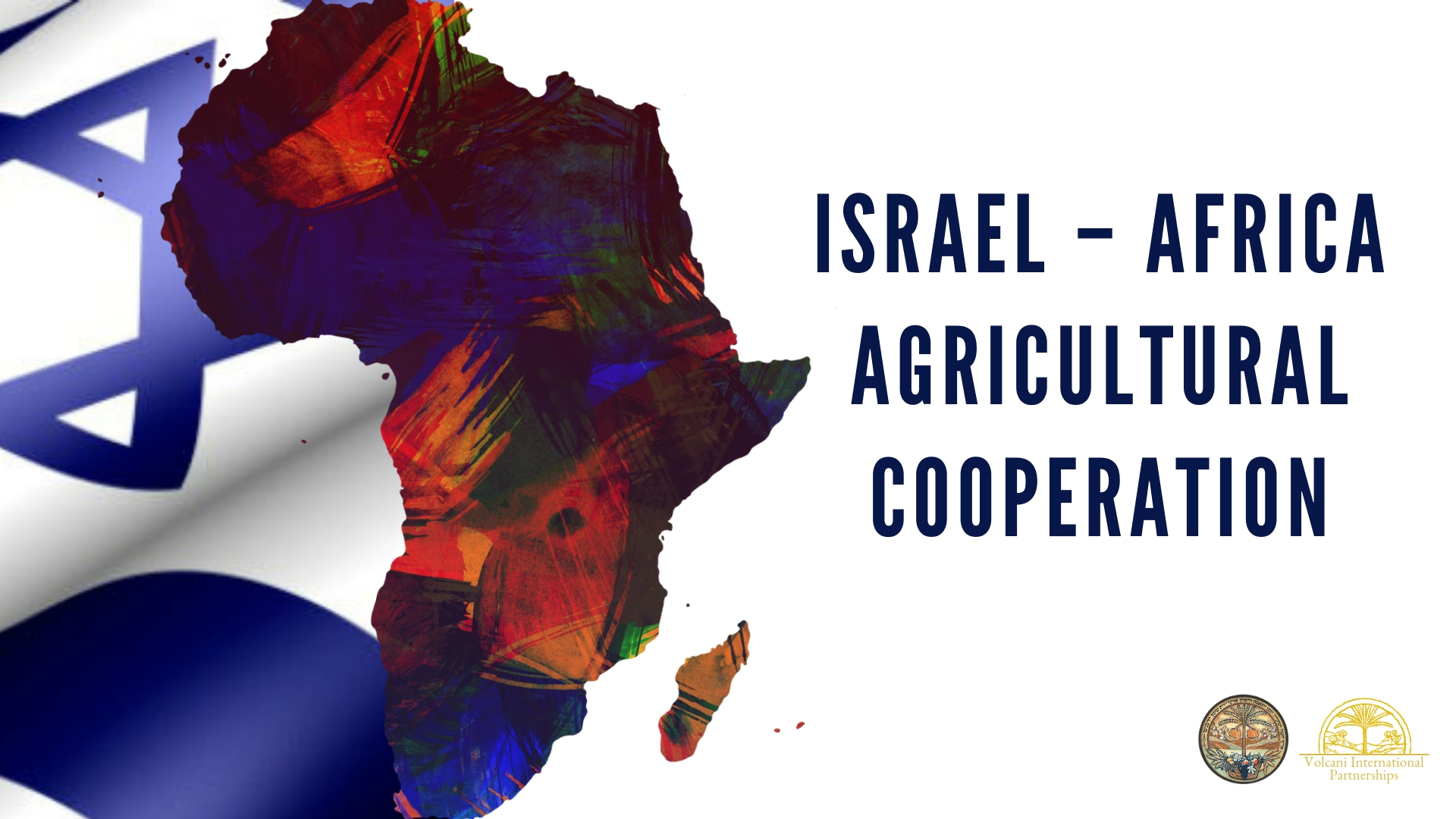 A team of leading African scientists organized by the Alliance for a Green Revolution in Africa (AGRA) recently visited Israel to explore the possibility of establishing an Israel-Africa Agriculture Innovation Center. The African scientists were from Nigeria, Ghana, Kenya and Ethiopia. The African delegation was hosted by the Volcani Institute in Israel.  The purpose of the proposed center would be to develop, together with African partners, new solutions designed for Africa’s smallholder farmers and determine which Israeli technologies would be the most appropriate to Africa’s diverse and unique agro-ecological conditions. Then the big challenge will be to determine how best to transfer these technologies.

Africa’s increased production, adoption, and continent-wide distribution of agricultural technologies, including improved and high yielding seed varieties, irrigation and appropriate fertilizer application, has created progress in the lives of millions of people but the potential is still huge. The momentum thus far is leading to even greater aspirations for the years ahead with many African nations pushing to achieve middle income status in the next 30 years, with others gunning for high income status. To meet this demand, organizations like AGRA and its partners continue to build partnerships with other regions to identify relevant technologies and best practices that can be applied by African farmers, entrepreneurs, and policymakers.

Israel, widely acknowledged as a world leader in agricultural development, especially in arid areas, is coming forward to develop, adapt and transfer appropriate technologies and practices to partners across Africa.

“It’s a win-win for both Israel and Africa,” said Dr. Agnes Kalibata, AGRA’s President and the former Agriculture Commissioner from Rwanda, adding that “Africa could benefit from Israel's technical expertise in agriculture and at the same time the Innovation Center could create an opportunity for trade and mutual market opportunities between Africa and Israel.”  Of interest to the African scientists were the Israeli’s expertise growing vegetables, wheat and cassavas among other crops as well as their expertise with irrigation and reducing post-harvest loss. 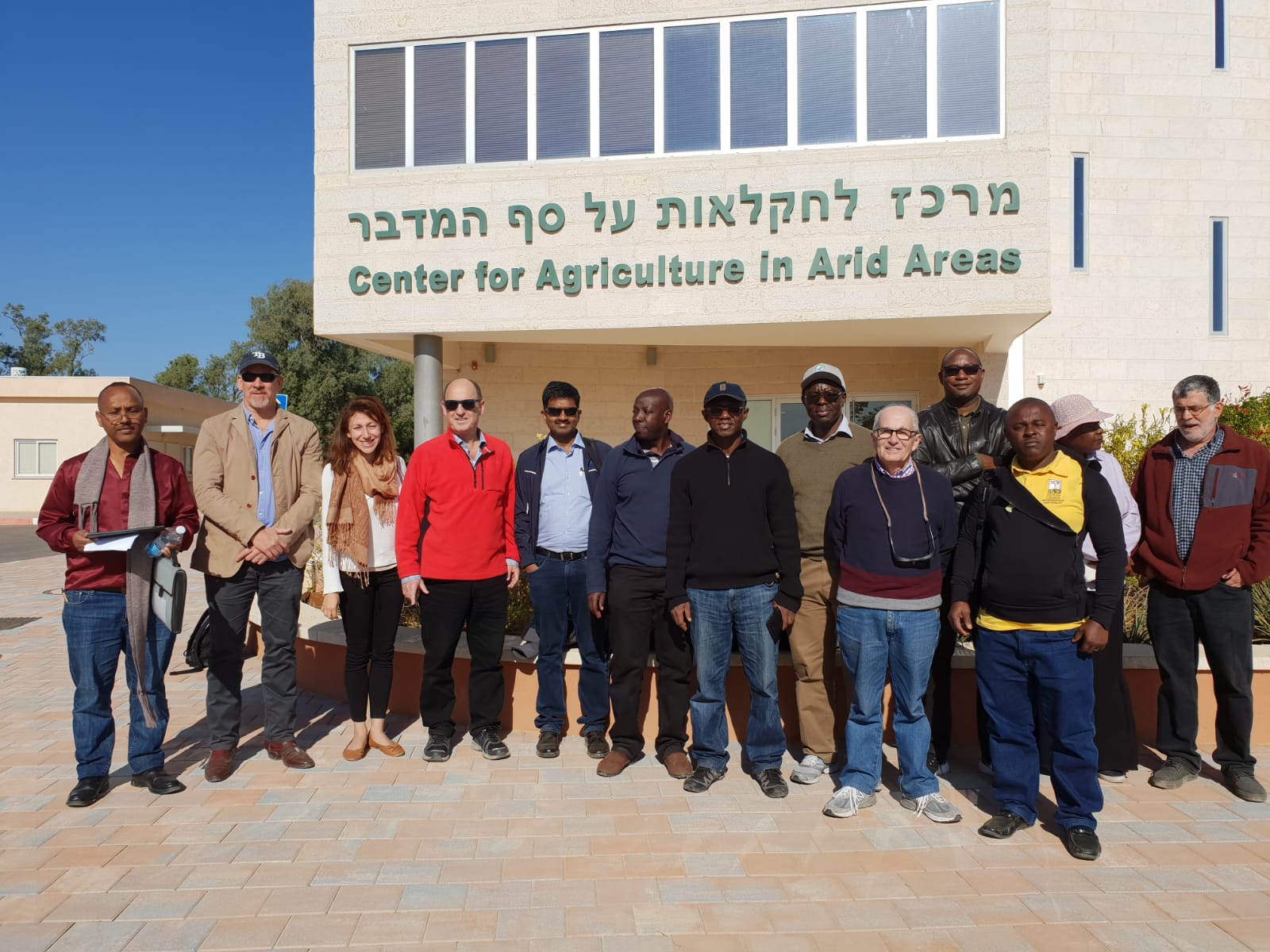 The Volcani Agricultural Institute, Israel’s premier agricultural research and development institute together with Volcani’s non-profit partner, Volcani International Partnerships, is dedicated to supporting Volcani and maximizing their impact abroad.  Volcani is primarily responsible for Israel being able to feed itself out of a desert and in addition export $2.5 billion in agriculture products.

Start-Up Nation Central, an Israeli tech NGO that connects companies, countries and organizations with relevant Israeli innovations as well as the Tony Blair Institute, the Syngenta Foundation, and the Israeli Government are also deeply engaged in exploring the possibility of an Israel-Africa Agriculture Innovation Center.

On July 23, 2018 Israel passed a Resolution Israel Resolution No 4021.pdf  to strengthen Israel’s “activity in the field of international development.” Israel will focus on areas where they have a “comparative advantage.”  Professor Eli Feinerman, Head of the Volcani Center, noted “Israel’s expertise in agriculture innovations can be of great assistance to Africa.”

Israel now ranks within the top 20 nations in the world on the latest report of the UN’s Human Development Index, which places it in the category of "Very Highly Developed".  According to their newly passed Resolution they will “focus on Israel’s potential contribution to reaching the sustainable development goals as defined by the United Nations.”  This resolution has the potential to greatly impact Africa.

AGRA, founded in 2006 by the late UN Secretary General, Kofi Annan, advances food security and inclusive rural development in Africa putting smallholder farmers at the center of Africa ́s growing economy.  It is a farmer-centered, African-led, partnerships-driven institution that is transforming smallholder farming.  Through their work, over 15 million farm families now have access to inputs, training, financing, and markets. AGRA has also helped to establish thousands of local African agriculture businesses, including 112 African seed companies. AGRA-funded work with regional and national plant scientists has generated over 650 new crop varieties.

In its current strategy for 2017-2021, AGRA is focused on catalyzing and sustaining an inclusive agricultural transformation in 11 African priority countries to improve the food security and incomes of 30 million farm families. The future of Africa’s economy depends on improving agriculture production.  That is the key.  The African Development Bank is focusing more on agriculture for that reason.  An increase in Israeli-African agriculture cooperation could greatly assist African smallholder farmers, particularly in arid climates.

Dr. Kalibata concluded "We are delighted to participate in the effort to establish an Israel-Africa Agriculture Innovation Center. Global partnerships like the proposed Innovation Center will help supercharge the continent’s growth trajectory through a technology-backed agricultural sector.”

About the author: Marshall Matz is an attorney at OFW Law in Washington, D.C. He has long specialized in agriculture and specifically global food security. After serving as Counsel to the Senate Committee on Agriculture and crafting nutrition legislation for Senators George McGovern (D-SD) and Bob Dole (R-KS) he was the Founding Chairman of the Board of the World Food Program—USA.  mmatz@ofwlaw.com