It’s been months since any funds have been available for government programs that help America’s farmers sell their commodities overseas, and U.S. ag groups are already having to cut back on services that keep producers here connected to major foreign buyers.

Farm groups have already spent millions on overseas promotion and marketing, counting on Congress to come through with funds that will allow USDA to reimburse them, but concern is mounting as the longest-ever government shutdown continues with no end in sight, says Lorena Alfaro, executive director of the U.S. Agricultural Export Development Council.

“Some of my members will have to soon scale back on staffing and cancel trade shows or other activities that they would normally be doing,” Alfaro said.

Ag groups have been using government funds from the Foreign Market Development Program (FMD), Market Access Program (MAP), Emerging Markets Program (EMP) and Technical Assistance for Specialty Crops Program (TASC) for years (decades in some cases) to promote and maintain exports around the world. The groups say the programs have translated into billions of dollars in new sales over the years, but all of that has come to a halt.

Authorization and funding for those programs under the 2014 farm bill ran out on Sept. 30, causing trepidation for groups like the U.S. Grains Council, USA Rice Federation and American Soybean Association.

Congress came through with a new farm bill, though, and President Donald Trump signed it into law on Dec. 21. The farm bill mandated a fresh new stream of funding for FMD, MAP, EMP and TASC, but the shutdown has left USDA without the staff to administer the programs, according to a congressional source.

Exports are crucial for most farmers and ranchers, who have come to rely on countries across the globe to buy their soybeans, wheat, corn and beef, but it’s expensive to keep and expand those markets.

Some of the largest farm groups use the funding to help pay for and staff overseas offices. None of them have been shuttered yet, but it’s only a matter of time before that will happen, forcing groups to fire employees that both promote U.S. ag sales and help U.S. exporters navigate foreign bureaucracies, Alfaro said.

“This can’t go on indefinitely,” she said.

U.S. wheat, whether it's soft red winter wheat from Illinois or durum from North Dakota, has a reputation of being some of the best grain in the world to make bread and noodles. Much of that reputation comes from the quality of the grain itself, but groups like the U.S. Wheat Associates (USW) use FMD and MAP funds to spread the word and directly help foreign processors with their needs.

It’s not cheap work, often requiring offices full of experts in far-flung cities like Manila, Beijing and Lagos. When customers in South Asia need help in deciding on the best classes of wheat for their products, USW counts on staff members like Bakery Consultant Roy Chung, who is based in Singapore.

USW has 13 offices around the world and has not had to close any down yet, said spokesman Steve Mercer, but the group is having to get creative to keep operations up and running. Up until now USW has been shifting funds around to keep overseas operations running, but that won’t be possible for much longer, he said.

The group will likely have to start digging into reserve funding in February, “but that can only go on so long,” he said.

Some smaller groups like the U.S. Dry Bean Council are being hit the hardest because they have less of their own funds to cover what the USDA programs normally would.

The annual Mexico Bean Congress in February is by far the largest event of the year for the council. USDA Undersecretary for Trade and Foreign Agricultural Affairs Ted McKinney spoke last year to a record audience at the conference that brings together buyers and sellers, but the event will be sharply scaled back next month due to funding, Bratter said.

Furthermore, the council is postponing an annual trade mission to Japan and cancelling plans to send members to the massive Gulfood convention in Dubai, the self-proclaimed “world's largest annual food & beverage trade show.”

While the Trump administration has shown little support for the programs – it called them a waste of taxpayer dollars and proposed axing them in its 2018 budget proposal – there are plenty of lawmakers who are big supporters. 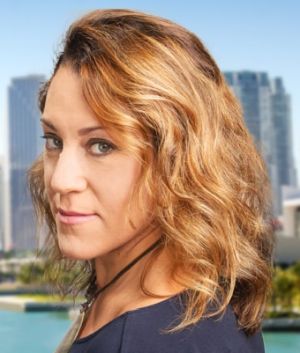 “Most experts in international trade will tell you that the single most important thing you can do to increase sales is simply to ‘be there,’” Farm Bureau economist Veronica Nigh said in a blog post. “That means having a regular, physical presence in the market. Having staff locally available to answer questions and provide assistance when issues arise.”

That’s why lawmakers created the $255 million Agricultural Trade and Facilitation Program in the 2018 farm bill to house MAP, FMD, EMP and TASC.

That new umbrella program is key to protecting the individual programs that are vulnerable to losing funding, said Scott Shearer, who heads the Agribusiness Coalition for Foreign Market Development.

Farm groups like USW breathed a sigh of relief when Trump signed the farm bill. But that was Dec. 21. The next day the government shut down after Trump refused to sign any spending bill that did not contain $5.6 billion for a new Mexican border wall. But no one was predicting the impasse would stretch into mid-January with no sign of ending.

Just Monday, Trump said no to a proposal by Sen. Lindsey Graham, R-S.C., to reopen the government while negotiating for the wall.

Beyond holding up new government appropriations, the shutdown is also having an impact on the $200 million Agricultural Trade Promotion Program that was included in a $12 billion trade assistance package to help farmers cope with retaliatory trade tariffs.

The ATP is designed to act much the way FMD and MAP do, helping agricultural exporters develop new markets, but farm groups still haven’t found out which groups will get a slice of the package, according to industry and government sources.

With most of USDA’s employees furloughed because of the shutdown, work on the assistance program has significantly slowed, one source said. Farm groups applied for more than $600 million worth of projects under the $200 million program and they were expecting to learn which were approved on Jan. 9.