Home » The Disruptors: Six trends that will shape the future structure of U.S. agriculture
Labor

The Disruptors: Six trends that will shape the future structure of U.S. agriculture

Farmers and ranchers have long been known for adapting and innovating, but new research challenges whether they are looking deep enough over the horizon to really win in the future.

“There are six forces of change in the industry that are pretty compelling,” says Brett Sciotto, CEO of Aimpoint Research, a global marketing research firm that has done extensive work analyzing current agricultural trends and identifying the “Farmer of the Future.”

“If you look at them collectively, it’s pretty indicative that we are going through a transformative period that’s only accelerating.” Consider these six trends:

Consolidation:Since the 1930s, the number of farms has declined, the average size has increased, and the amount of farmland in agriculture has remained generally flat. Of the 2.1 million farms in the last Census of Agriculture, only about 15 percent are at-scale production farms, and they control 80 percent of the acres. “We think by 2040, there will be fewer than 100,000 production farms, and 5 percent of farms will produce more than 75 percent of the agricultural output,” Sciotto says.“Mid-size farms are under the most financial pressure and are declining the quickest as they get bought up by larger operations.” 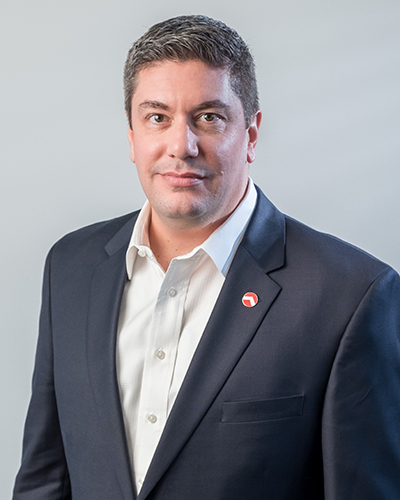 “However, there’s more to the story, and the ‘big get bigger’ statement is oversimplified. There are two classes of farms emerging - production agriculture and direct-to-consumer. According to USDA, the U.S. has seen a 61% increase in small farms from 1992 to 2012. Not every farmer will fit into today’s definition of production agriculture, and ag institutions will have to consider how they will serve both classes of farmers,” explains Sciotto.

Farmer psychology: Data suggest that more farmers may be unwilling or unable to stay in business if current economic conditions continue. US ag debt totaled $410 billion in 2019, a level that’s not been witnessed since the 1980s.

Farm operations have been “largely propped up by low interest rates and higher than average land values. We are starting to see the operating profitability of these farms declining and it’s making it harder and harder to pay back loans,” Sciotto says.

Last fall, research conducted by Aimpoint Research found that nearly 60 percent of farmers were concerned about their ability to repay operating loans.

“More lenders are thinking about their risks and more farmers are going to find it difficult to repay what they’ve already borrowed,” Sciotto says.

Compounding the situation is the transition of farmland and succession planning. USDA estimated between 2015 and 2019 that 10 percent of the farmland would change owners.

“In 2017, farmers told us 28 percent of the acres would transfer to a new owner in the next five years and 22 percent will have someone other than the current decisionmaker making decisions on cropping practices, inputs, and harvest. So, many farmers are perceiving a faster rate of change than what USDA estimated,” he adds.

Technology: A lot of young people are interested in agriculture, and when Aimpoint Research asked what excites them most, new technology came up loudest. USDA says nearly 69 percent of young farmers will have college degrees.

“Those who are coming back to the farm are going to be more educated than their parents and grandparents before them. They intend to do things differently. They grew up in a disruptive era. They don’t necessarily have the same appreciation for the lifestyle that their parents and grandparents did. They don’t want to wake up one morning, work on the farm all day, eat dinner and do it again the next day. They want to run a very efficient operation, they want to make money. They want to have other interests and do other things,” he adds.

Seventy-five percent of farmers 35 and under said, “As soon as I’m in charge, I’m going to integrate new technology,” according to Aimpoint Research. At the same time, 71 percent plan to increase efficiency, 63 percent plan to improve marketing and 48 percent plan to expand acreage.

Technology is having a different effect on ag than it has in the past, says Sciotto.

“Like with marathons, when the gun goes off, there is a huge gaggle trying not to trip over each other. But that group of runners is largely spreading out. We see that farmers who are willing and able to adopt new technology are getting further ahead and those unable or unwilling to do so are falling further and further behind. That’s impacting who is likely to be successful in the future.”

How will MFP payments shape the future direction of farm programs?
Who will be the farmer of the future?

Consumers: Consumers are the center of gravity that’s propelling a lot of the change in agriculture, and about two-thirds said they are thinking about where their food comes from, according to a recent Aimpoint Research survey. “What really drives consumer decision-making is price, healthiness and freshness,”says Sciotto. “And what consumers perceive is largely what retailers are adapting to. Consumers perceive that non-GMO is better than GMO and that organic is better than non-organic. They also perceive that local is better even though the definition of local varies from a ‘farm in my community’ to a ‘farm in the U.S.’ We, in ag, know that a lot of those belief systems may be unfounded or unrealistic but, nonetheless, retailers are responding.

“Organic continues to grow and we see the emergence of new innovations in protein like the Impossible Burger and Memphis Meats. Many traditional protein companies are investing because – even though lab-based protein sources could still be 5-10 years off, they could be significant disruptors and put pressure on corn and soybean markets in the U.S. if some of the livestock production shifts.”

Consumer interest in electric vehicles could be another disruptor, Sciotto says.

“By 2040,  it’s very likely we could see a significant decline in the number of combustion engines.  If you lose ethanol – which consumes about 40 percent of the U.S. corn crop today – it will lead to significant changes,” he adds.

“Between alternative proteins, the regulatory pressures on animal agriculture, shifting consumer patterns and the potential loss of ethanol, I think there could be a significant amount of acres under some level of risk,” Sciotto says.

Sciotto expects more food companies and retailers to cater to what their consumers believe they want – whether it’s founded in good science or insights, or not. And those decisions end up down on the farm.

“We will see the retailer asserting more and more pressure on how farms are run. When you ask consumers who they trust more – food companies or farmers, 58 percent say the farmer. But the farmer seems to be losing more and more control,” Sciotto adds.

Markets: Commodity prices have been relatively low, but that hasn’t stopped farmers in many parts of the world from increasing production. As the global population continues to grow, analysts estimate that we’ll need a 70 percent increase in the food supply.

“South America is likely to become the breadbasket of the future. American farmers are in a tougher competitive environment as markets shift and new players emerge stronger to meet global demand,” says Sciotto.

Government: The farm bill has historically played an important role in providing support for many farmers and rural areas through commodity programs, crop insurance, conservation, and rural development. The Congressional Budget Office projects the 2018 Farm Bill will cost $428B over the next 5 years.

However, other aspects of government policy, like trade and monetary policy, can also put operations at risk. As a result of the trade war, the value of total U.S. agricultural exports in 2019 is expected to fall to $141.5 billion, down $1.9 billion from 2018, according to the Department of Agriculture’s (USDA) latest projections.

In addition to ongoing concerns about trade, labor and regulatory reform continue to be top issues. Most growers believe federal regulations have generally been harmful to agriculture, according to Aimpoint Research.

Sciotto says all six of these trends are converging and the speed is accelerating. “It’s putting a lot of pressure on farmers and on traditional institutions of agriculture.”

Sciotto says agribusinesses who serve traditional agriculture will have to move faster and add value.

“The concept of one-size-fits-all is fading in farm channels. The farms of the future will be diverse, have different needs and will look to their vendors and suppliers to provide tailored solutions and to be constantly innovating.”