America’s farmers and ranchers work day-in and day-out to put food on our plates, but they are facing a world of challenges. This year, farm income is projected to drop 44 percent over the previous six years. This National Agriculture Day, we should say thank you to America’s producers by taking an honest look at steps policymakers in Washington could take to help move the industry forward.

One example is closing the rural broadband gap that leaves thousands of farmers and ranchers unable to compete in the modern economy.

In recent years, the agricultural industry has been revolutionized by precision agriculture technologies like remote soil sensors and self-driving tractors that help farmers save time and money while increasing yields. Unfortunately, most of these tools are unavailable for farmers on the wrong side of the rural broadband gap – and those who aren’t using them will continue falling behind.

The root cause of the rural broadband gap is economic. Most urban and suburban residents are served broadband through fiber-optic cables. While these wired connections are fast and reliable, they can cost as much as $30,000 per mile to deploy. Providers can recoup that investment for large customer bases in urban centers, but it is difficult to make a business case for extending them to remote and rural areas with relatively small populations.

One proposed solution to this problem that Connect Americans Now(CAN) and its more than 200 member organizations have endorsed is TV white spaces technology. TV white spaces work by wirelessly deploying broadband through vacant spectrum between broadcast television channels. 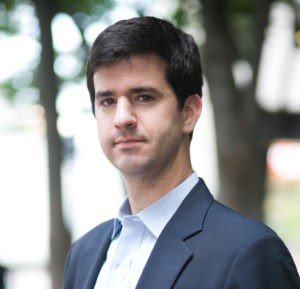 By using TV white spaces technology alongside existing solutions such as fiber and satellite, we can reduce the cost of bridging the rural broadband gap by 80 percent relative to fiber-only solutions, according to a Boston Consulting Group study. By alleviating the need to deploy fiber cables to many remote and rural areas, using TV white spaces technology creates cost-savings that allow local internet service providers to make a viable business case for bringing broadband to underserved rural areas.

Microsoft – another member of CAN – has already developed and deployed TV white spaces technology to connect thousands of users across the globe. One example is Dancing Crow Farmin Washington state, which is now using TV white spaces technology to remotely monitor soil temperatures and moisture levels across the operation and enable wireless cameras to gather information that will help determine what should be planted next season.

However, there are several simple and uncontroversial steps the Federal Communications Commission (FCC) could take to remove this regulatory uncertainty. Most importantly, it is critical that sufficient TV white spaces spectrum is available for wireless, unlicensed use – meaning any internet service provider (ISP) could use it to deploy broadband to rural areas.

In addition to creating regulatory certainty in the TV white spaces market, the Commission must improve its data collection methods. Each year, the FCC releases a report that outlines how many Americans do not have access to broadband and where coverage gaps exist.

However, the report counts areas where ISPs “could deploy service” as having broadband access regardless of whether they are actually served – leading to overstated claims of broadband availability. Not only does this leave ISPs unable to determine where coverage gaps exist and deployment efforts are needed, but it impacts the allocation of billions of dollars of public funding.

This Agriculture Day, I hope we can all recognize the importance of closing the rural broadband gap for America’s producers and move forward with the simple regulatory fixes that will enable them to compete in the modern economy.

Richard Cullen is the executive director of Connect Americans Now, a coalition committed to eliminating the digital divide in rural America.