OFW Law elected Marshall Matz to be the new chairman of the firm. Matz has been with the company since 1992 and recently served as principal attorney, specializing in food, nutrition, and agriculture issues. During his career, Matz has served on the board of directors for the Food Research and Action Center (FRAC) and has also served as chairman for the agriculture committee of the Obama for America presidential campaign. OFW Law also reelected Brett Schwemer as president and presiding principal. Schwemer heads up the USDA’s practice group and primarily specializes in food safety and labeling laws. 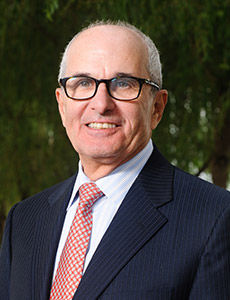 Ashley Martin McKeon, a senior professional staff member for the Senate Agriculture Committee, is headed for Cargill as Director, Government Relations, Sustainability & Animal Nutrition. McKeon previously worked at USDA as Chief of Staff for Marketing and Regulatory Programs and as a Legislative Director in the Office of Congressional Relations. Prior to that, she worked for former House members Rep. Jim Matheson, D-Utah, and Rep. Stephanie Herseth Sandlin, D-SD.

Sarah Hull has announced her retirement from Syngenta effective May 31, 2019. Hull currently serves as the head of business sustainability North America and global head business sustainability for seeds. She has been with the company for 15 years and during that time has led teams in both North America and at Syngenta’s global headquarters in Basel, Switzerland. Before joining Syngenta, Hull served as senior vice president, global public affairs at Monsanto Co. She began her career in politics where she was on the press team for Sen. John Glenn, D-Ohio. and worked for Walter Mondale’s presidential campaign. She became vice president at Robinson Lake Lerer & Montgomery in 1988.

Adrian Percy, the former head of R&D for the Crop Science Division of Bayer, joined Finistere Ventures as Chief Technology Officer. In his new role, he will provide strategic, technical and regulatory guidance for current portfolio companies. Based in Research Triangle Park, he will support Finistere’s continued investment efforts, working with the team to identify and evaluate potential opportunities. He will also be joining the Boards of two Finistere-backed companies, BioLumic and Hi Fidelity Genetics and will play a pivotal role in helping shape their ongoing research and development strategies, as well as supporting their partnership and commercialization efforts.

Adam Putnam will join Ducks Unlimited as its new CEO at the beginning of April. Putnam previously represented Florida in the U.S. House of Representatives for five terms. He then became Florida’s Commissioner of Agriculture from 2011-2019, and unsuccessfully ran in 2018's Florida gubernatorial race before losing in the Republican primary. 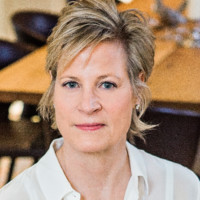 Leaving the Hill to head to the American Farm Bureau Federation is Allison Crittenden. AFBF hired Crittenden as director of congressional relations focusing on farm labor and specialty crops. She comes from the office of Rep. Rick Crawford, R-Ark., where she covered agriculture, natural resources, energy, and environmental issues as a senior legislative assistant.

Laura Hernandez will serve as press secretary for Rep. Mario Diaz-Balart (R-Fla.). She replaces Katrina Bishop, who is moving on after seven years of being on the Hill and joining the Association of Equipment Manufacturers as a public affairs manager. Bishop starts with AEM on Monday.

Meaghan Lynch is headed to the Senate side of Capitol Hill to start a new job as press secretary for Sen. Kamala Harris, D-Calif. She previously was in the office of Rep. G.K. Butterfield, D-N.C. since March of 2016, most recently serving as communications director.

Coming from the Department of Homeland Security, Office of Legislative and Intergovernmental Affairs as a senior legislative adviser, Jon Foltz has now moved to the office of Sen. Rick Scott, R-Fla. as a legislative director. Before DHS, Foltz worked in the offices of former senators Luther Strange, R-Ala., and Dan Coats, R-Ind.

Paige Rusher has been hired as press secretary for Sen. Richard Burr, R-N.C., She moves from the office of Rep. Andy Barr, R-Ky., where she previously served as press secretary. She replaces Ben Khouri who went to work for the Potomac Communications Group Inc. as a project manager.

Stuart Lourey is the new government relations director for the Minnesota Farmers Union. Lourey steps in after Thom Petersen was appointed as Minnesota Commissioner of Agriculture by Gov. Tim Walz earlier this year. Lourey will lobby on behalf of MFU members at Minnesota’s state capitol and organize the annual MFU lobby day drive-in and the National Farmers Union Legislative Fly-In. He previously worked on the staff of Sen. Tina Smith, D-Minn., focusing on health care policy. 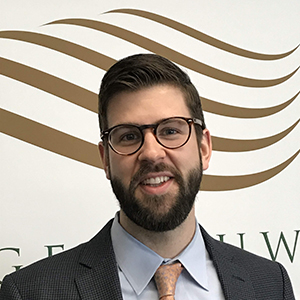 The North Dakota Corn Growers Association hired Lisa Hochhalter as the new executive director of the association. Hochhalter comes to NDCGA after serving as a law clerk for the North Dakota House Industry, Business and Labor and Agriculture committees during the 2019 North Dakota Legislature. She has also worked as a law clerk at the Zimny Foster law firm. She will work part-time for NDCGA while she finishes law school at the University of North Dakota School of Law. She is set to take the bar exam in July and will start full-time responsibilities on August 1. Hochhalter succeeds Dale Ihry, who passed away in January 2019.

Purdue University named Gerald Shively to spearhead the College of Agriculture’s International Programs in Agriculture as the associate dean and director. Shively is an agricultural economics professor who began his career at Purdue in 1996. He also serves as a faculty fellow for global affairs in the university’s office of the executive vice president for research and partnerships...Beth Hall has been named director of the Indiana State Climate Office at Purdue University. Hall most recently served as director of the Midwestern Regional Climate Center since 2012. Before that she served as the New Hampshire state climatologist.

International Food Policy Research Institute (IFPRI) appoints Shahidur Rashid of Bangladesh as director for South Asia, which will be based in New Delhi. He succeeds Pramod Joshi of India who was appointed as director of South Asia in February 2012. Shahidur joined IFPRI in 1999 as a postdoctoral fellow and is trained as a development economist. 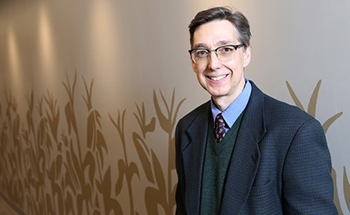 The Conservation Federation of Missouri (CFM) named Tyler Schwartze as its new executive director. Schwartze joined CFM in June of 2017 as the events manager. In his new role Schwartze is responsible for implementing CFM’s mission, goals, policies and procedures while also working to respect Missouri’s conservation heritage. Before CFM, Schwartze served as the assistant park manager of the Lake of the Ozarks State Park.

The Agricultural Safety and Health Council of America (ASHCA) board of directors have added Jess McCluer, National Grain and Feed Association (NGFA) vice president of safety and regulatory affairs, to the board.

Jim Sumner will step down as head of the International Poultry Council at their upcoming meeting in April, a position he's held since 2005. Sumner will still be active with IPC and will remain in the role of president of the USA Poultry & Egg Export Council.

Former Indiana senator, Birch Bayh, passed away last week at the age of 91. The Democrat served in the Senate from 1963-1981 and is most known for his work in shaping the 25th Amendment, which focused on presidential disability and vice-presidential vacancies, and the 26th Amendment which gave 18-year-olds the right to vote in both the state and federal elections. He is also known for spearheading Title IX by drafting the language which barred sexual discrimination at schools and colleges and expanded sports programs for women. He died in his home last Thursday in Easton, Md. The cause of his death was pneumonia.