U.S. Senate Democrats have raised a climate protection banner ahead of 2020 elections by way of a broad energy taxes reform bill.

Sponsored by Ron Wyden, D-Ore., the Senate Finance Committee’s top Democrat and 25 others of his party, the legislation proposes an array of tax breaks to promote innovation in and adoption of renewable, low-carbon energy sources and energy conservation.

It is a climate-change-fighting bill and not an antipollution bill in the traditional sense. “Clean energy,” in this case, means reduced atmospheric carbon and other greenhouse gases (methane, ozone, etc.), and not pollutants toxic to human health. 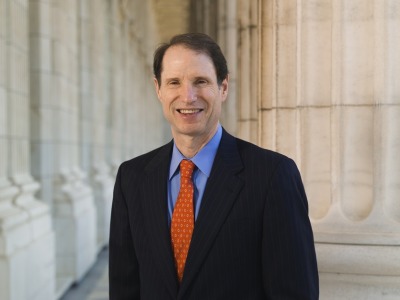 As explained by Liam Donovan, a petroleum industry lobbyist with Policy Resolution Group, the bill is an expanded version of Wyden’s similar 2017 bill that “focused on clean energy (and proposed) energy incentives that make renewable technologies more competitive. (Senate sponsors) sort of married that concept to a sort of Green New Deal kind of messaging … that goes after oil and gas tax policies … red meat (for climate protection advocates) that is meant to be a message rallying point against the fossil fuels industry.”

The bill sponsors say their “Repeal of Tax Incentives for Fossil Fuels” includes repeals of “expensing of intangible drilling costs, percentage depletion, deductions for tertiary injectants, and credits for enhanced oil recovery, marginal oil wells, coal gasification, and advanced coal projects.” Plus it would reverse Congress’ gifts to that industry in the 2017 tax reform bill, reinstating taxes on multinational oil companies’ non-extraction income along with exemptions from the global minimum tax.

The bill enjoys broad support in the renewable energy sector, so look for it to resurface as the Democrats’ energy tax reform blueprint if they win control of the Senate in the next Congress.

It would award tax incentives in four areas:

Most farm and rural advocates, including the American Farm Bureau Federation and National Rural Electric Cooperative Association, appear little interested in the bill so far and declined comments to Agri-Pulse.

Allysa Charney, policy expert for the National Sustainable Agriculture Coalition, says NSAC has no approved position on the bill itself, although her group “supports the overall goals related to climate change … and wants to see a role and an opportunity for farmers to be part of the solution” to climate change. Incentives that farmers can use for energy conservation and renewable energy “is definitely a piece of that,” she says.

Similar tax legislation hasn’t surface in the House, though that chamber has taken positions on climate change, including recent passage of a bill by Rep. Kathy Castor, D-Fla., requiring the president to meet U.S. commitments to the Paris climate change agreement.

Meanwhile, renewable energy advocates are high on the Senate bill.

Paul Winters, public affairs director for the National Biodiesel Board, says the Environmental Protection Agency defines biodiesel fuel as an “advanced biofuel” and it would qualify for the Senate bill’s low-carbon fuel incentives.

More urgently, he says, the $1 per gallon tax credit biodiesel has enjoyed for years lapsed at the end of 2017, and the bill would reinstate the subsidy retroactively. Biodiesel makers have been operating at a loss for 16 months, counting on Congress to approve the dollar tax credit, so the reinstatement is vital, he says.

Maureen Walsh, policy director for the American Biogas Council, said her group especially likes the technology-neutral basis of the proposed incentive programs, noting that her industry is growing and regularly adopting new and better technologies. So acceptance of new technologies is crucial, she says.

For example, she said, cellulosic types of fuel “have lagged in development and participation in the Renewable Fuels Standard.” But since biodigesters were allowed in 2014 to qualify for federal fuels technology grants, “biogas from digesters now makes up more than 85 percent of the actual cellulosic fuels produced” in the U.S.

The American Public Power Association praised the bill as well, pointing out that, while their members (all nonprofit entities) cannot directly benefit from tax credit incentives, they would be positioned to benefit from the bill’s Clean Energy Bond. That is because the bondholder would receive a tax credit of up to 70 percent of the interest received.