Bayer vows to keep fighting Roundup cases after $2B verdict

Bayer is not backing down from its defense of glyphosate following a jury’s award of more than $2 billion to a California couple who allege their use of Roundup over about 30 years caused their non-Hodgkin’s lymphoma.

The verdict in Alameda County Superior Court in California came after a five-week trial that included 17 days of testimony, 16 witnesses, and a trial transcript of more than 5,000 pages. In the end, jurors found Monsanto, now owned by Bayer, was negligent in failing to adequately warn Alberta and Alva Pilliod of the risks of using Roundup, and that the company should have known of the risks. In calculating the punitive damages, the jurors found one or more Monsanto officials had acted with “malice, oppression, or fraud.”

It was the third trial in a row to go the plaintiffs’ way: Dewayne Johnson won $289 million in state court last year; his award was pared down to $78.5 million by the trial judge in that case, and Bayer is now appealing that decision. In federal court, Edwin Hardeman was awarded about $80 million, and Bayer has vowed to appeal that verdict, as well.

Each of the Pilliods received different amounts in compensatory damages that together total $55 million. But it was the $1 billion each in punitive damages that caught people’s attention.

Calls for Bayer to settle are increasing, most notably by plaintiffs’ lawyer Brent Wisner of Baum, Hedlund, Aristei & Goldman, who said at a post-trial news conference that “financial people in Germany” had told him Bayer could take a $22 billion write-off and pay existing claims. “We’ve been willing to talk to them; we’re always willing to talk to them,” he said.

Massey, however, said it doesn’t make sense at this point for Bayer to start settling cases, because the dollar amount of settlement demands and the number of cases — 13,400 by Bayer’s own estimate — are so large. 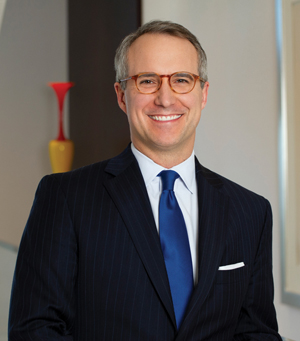 “With that many cases, and these cases setting the tone … there’s likely not a scenario where they can start settling,” he said.

Instead, echoing Bayer’s stated strategy, he said, “They need to win in the courts of appeals on these cases." In addition, “They need to try cases they can win and win them.”

Bayer says there are many issues on appeal that need to be decided. “None of our verdicts have been subject to appeal and there are several critical legal issues that must be assessed at the appellate level that cover causation, failure to warn, punitive damages and even whether cases based on state law claims are preempted by federal law,” Bayer spokesman Chris Loder said.

In the Pilliod case, he said Bayer has not decided on specific argument for appeal, "but it could potentially cover that the scientific evidence presented at trial failed to prove that Roundup caused plaintiffs’ cancer, that there is no basis for a different warning given the international consensus that Roundup is safe, and that the claims in this case are preempted by federal law."

The issue of causation — whether exposure to Roundup contributed substantially to plaintiffs’ non-Hodgkin lymphoma — will be critical on appeal, Massey said.

“The trial courts have allowed into evidence causation opinions by plaintiffs’ experts that are subject to challenge” under the Daubert standard, named for a Supreme Court decision laying out guidelines for when expert witness testimony can be admitted, Massey said. “They need to raise these challenges for review in the courts of appeals.” Bayer may be helped by U.S. District Judge Vincent Chhabria's characterization of plaintiffs' experts' opinions as "shaky" in the Hardeman case.

The punitive damages award in the Pilliods’ case is vulnerable because of limits set by the U.S. Supreme Court on the amount of punitive damages state courts can award. “If it’s too large, it can be seen as excessive,” Massey said.

Bayer spokesman Loder also went after what he called the “cherry-picked” toxicological and epidemiological studies presented by the Pilliods’ lawyers. “In our appeals and in future cases we are going to continue our efforts to exclude, limit, or if necessary, help juries see past this cherry-picked and unreliable science,” he said.

But lawyers for the plaintiffs were defiant. One of them, Mike Miller of the Miller Law Firm, said flatly at the news conference, “The appeals will not go Monsanto’s way.”

The verdict comes at a difficult time for Bayer, whose stock price has lost almost half its publicly traded value since the purchase of Monsanto for $63 billion about a year ago.

Bayer CEO Werner Baumann and the rest of his leadership team received a vote of no confidence from shareholders late last month at their annual meeting in Germany. Though symbolic, the 55-45 percent margin was a clear signal that shareholders are not happy with the direction of the company, which has lost almost half its publicly traded value since the purchase 11 months ago.

“The major factor weighing on the share price is the product liability litigation concerning glyphosate in the United States,” Baumann told shareholders April 26. “The lawsuits and the first verdicts concerning glyphosate are placing a heavy burden on our company and worrying many people.”

But, he added, “We are working relentlessly to successfully defend ourselves in the appeal proceedings and the coming trials.”