The organic agriculture community often finds itself in alignment with California’s evolving sustainability goals. Yet a suite of new regulatory policies aimed at conventional agriculture is raising concerns among organic farmers over the future of what has been a rapidly growing market for their sector.

For Full Belly Farm, the compounding costs may lead to hiring fewer workers, cutting back from 80 crops to just five, growing less in summer and more in winter or ultimately raising food prices. Co-owner Jenna Muller said labor is about half the cost of operating the 450-acre farm.

Many issues are the same as conventional ag. Minimum wage is going up each year until it reaches $15 in 2022. At the same time, the new ag overtime law, under AB 1066, is being phased in, requiring Muller to eventually pay farmworkers $22.50 for every hour worked beyond an eight-hour shift or a 40-hour week.

Like most organic farmers, Muller depends on labor more heavily than conventional farmers. Some labor is devoted to manually pulling weeds. Being a small and diverse operation, the farm does not rely on large harvesting equipment either.

At the federal level, meeting the new regulatory requirements for the Food Safety Modernization Act is “tricky.” She said the rules cater to conventional farmers, such as removing hedgerows that provide beneficial insects but could harbor pathogens (though the U.S. Food and Drug Administration has made an exemption to this) or enclosing fields with fences and netting to ward off birds and other animals. She is taking the steps, but it can be costly

Muller said the farm is also facing higher fuel prices, which impacts their CSA (Community Supported Agriculture) deliveries. The cost has also been rising for compost, which is the primary source for nitrogen and nutrients in organic ag. Muller orders compost trucked over from San Francisco to Capay Valley, about 85 miles

“The restrictions that are put on the dairies in order for them to be able to sell manure is driving the cost of compost up significantly,” said Jeff Huckaby, president of Grimmway Farms, one of the world’s largest organic companies. 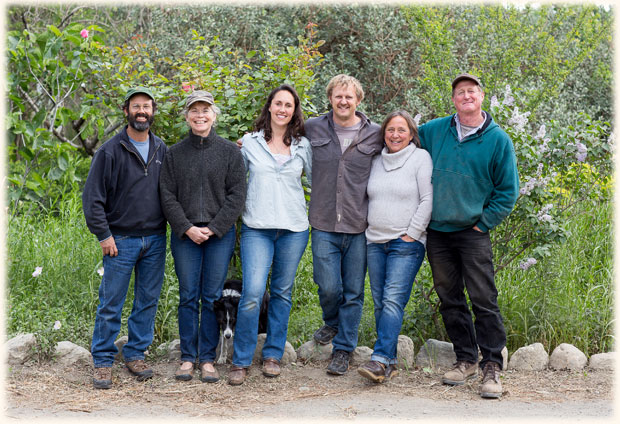 He added that water and air permits and county ordinances are driving up the cost for those dairies as well. The regulatory costs in California have grown so large that Grimmway Farms, which manages 50,000 acres of organic vegetables, has considered pulling out of California entirely, said Huckaby.

“California is by far the most difficult state to deal with that we farm in, out of the seven states,” he said.

Huckaby said the other states also have more viable H-2A guest worker programs. California requires farmers to pay for the travel, housing and meals, which is more cost-effective when growing more high-value crop like berries, he said.

Water scarcity is also leading to rising costs. The Sustainable Groundwater Management Act, which goes into effect next year, may make Grimmway Farms operations in the Central Valley “uncompetitive” compared to other states, said Huckaby.

To be more efficient with resources, the company developed a complex system of “extreme rotation” and cover cropping, which produces equivalent or even better yields than conventional agriculture and delivers a high-quality, and consistent organic product, said Huckaby. But it is expensive and takes time and investment. Huckaby emphasized that the market still has plenty of room for smaller growers like Full Belly Farms, especially with farmers markets and CSAs.

The organic industry as a whole remains the fastest growing sector in the food industry. While it has edged off from multiple years of double-digit growth, U.S. sales in 2018 broke $50 billion for the first time, according to a recent survey by the Organic Trade Association (OTA). In 2016, the most recent statistics frorm the USDA, California accounted for 38 percent of total sales, at nearly $3 billion. 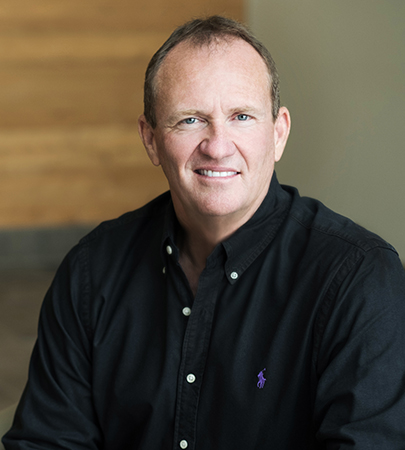 “In California, folks have been in organic a long time,” said OTA CEO Laura Batcha. “They've really figured out how to manage pests, disease, crop rotation and biodiversity within the organic standards really efficiently, with great yields.”

She pointed out that California is the only state to have its own organic program, which provides an additional layer of enforcement and surveillance on residue testing, closing investigations at a faster rate than the federal government. That helps to bolster the credibility of the organic label. In a recent opinion piece for Agri-Pulse, Batcha explains the value in maintaining the standards behind that USDA organic seal.

The enduring growth for organic has been so promising that California Certified Organic Farmers, or CCOF, released a report in February urging the state to more than double the amount of farmland dedicated to organic agriculture by 2030, from four percent now to 10 percent.

“We really want policymakers to understand that organic is a solution,” said Kelly Damewood, CEO of CCOF. “As we are regulating for clean water, healthy soils, clean air and economic growth, we also have to think about what are incentive-based approaches to achieving California’s social, economic and environmental goals.

Damewood said those goals often align with organic, but the industry could use more support in getting there. The three-year transition period to organic is a challenging and costly time for a grower, especially when limited materials and little research are available.

The University of California recently hired its first Cooperative Extension specialist for organic, Joji Muramoto, to address this gap. Batcha said technical assistance like this is critical—for the transition as well as for climate change. She gave the example of how the year-round retail market for organic leafy greens is pressuring growers to expand as far north as Oregon for the summer market. The hotter weather in California is creating heat stress for the delicate cell walls of baby greens, leading to a shorter shelf life. The changing landscape opens up opportunities for growers new to organic.

As a lost opportunity for the state to encourage sustainable ag, Damewood pointed to a State Water Resources Control Board program for reducing nitrate runoff in water supplies.

“The regulatory structure is set up in a way that it regulates organic producers who may not be using the same kind of inputs or posing the same risk as their conventional counterparts,” she said, adding that the state could instead find ways to incentivize organic growers in a complementary way to the regulations.

She said when it comes to agencies focusing on sustainability, organic has already been working in this area for decades and has one of the most meaningful labels in the marketplace, which is “backed by federal standards and federal enforcement.”

Jenna Muller of Full Belly Farms has also reached out to state lawmakers. Last month, she testified to the Assembly Agriculture Committee on behalf of Assembly Bill 958. If it had passed the Appropriations Committee, the bill would have subsidized a pilot program to supply organic lunches to Bay Area public schools. The author, Assemblymember Cecilia Aguiar-Curry, D-Winters, said AB 958 would benefit students with more nutritional options, while Muller saw it benefiting farmers as well.

“For organic foods to survive and thrive over the coming years,” said Muller, “we need to get more creative in our sales outlets and find new markets for organically grown food.”