Market demand for E15 looks to be modest

Ethanol producers are hopeful for an increase in year-round E15 gasoline sales after the Trump administration okayed its summertime sale, but consumer demand will likely be modest due to fears of litigation, a lack of blender pumps, and challenges posed by some state regulations.

“The demand is out there, but it is smaller than the average consumer might expect,” said Chad Hart, associate professor of Economics at Iowa State University.

Some 1,700 stations across 30 states currently offer E15, according to the Department of Energy. As of the end of last year, almost 122,000 convenience stores sold motor fuel in the United States, according to the 2019 NACS/Nielsen Convenience Industry store count.

“Kum & Go is well prepared to provide E15 year-round,” Sam Herro, director of retail fuel at Kum and Go, said. “As a leader in biofuels, we were one of the first retailers to offer E15 back in 2015.”

“The waiver will help reduce consumer confusion at the pump. Customers can now use all our fuels year-round, which reduces the adoption barrier,” Herro said.

The California Reformulated Gasoline Program, implemented by the California Air Resources Board, enforces Reid Vapor Pressure standards more stringent than federal requirements. RVP measures the volatility of gasoline and other petroleum products. The lower the psi in gasoline, the less evaporative emissions that generally will occur.

In 2007, California regulators set their own RVP standards at a flat limit of 7.0 psi for oxygenated fuels and a flat limit RVP of 6.9 psi for nonoxygenated fuels. Most RVP limits across the country, set by the Environmental Protection Agency, range from 7.8 to 9.0 psi. The 10% ethanol blend that has long been granted the same waiver recently extended to E15 has an RVP of about 10 psi, with E15's RVP coming in slightly below that.

“California represents about 10 percent of U.S. gasoline consumption which is why we are focused on getting E15 approved in the state," said ChiefEeconomist at the Renewable Fuels Association, Scott Richman. 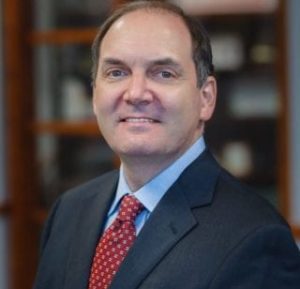 Beside state regulations, Hart and Richman agree the installation of more blender pumps will be another hurdle to overcome when getting the product to consumers.

“That was one of the biggest barriers (in the past) because one, you could only sell (E15) for part of the year and two, you could only have a vehicle 2001 or newer,” Hart said. “Making it available year-round should make it more likely to put in an E15 pump.”

The ethanol industry has gauged E15 sales by looking at major ethanol producing states like Iowa and Minnesota. There are barely any federal statistics for E15 sales, but there is data in those states, Richman said.

He noted last year’s estimated E15 sales in the U.S. were around 300 to 400 million gallons and expects that number to double based on the administration's regulatory action.

Richman predicts that, with the finalized rule coming right as the summer driving season hits, sales could reach up to 700 to 800 million gallons next year.

Hart looks for the E15 marketplace to grow at a more gradual pace over time. Most gasoline currently for sale contains about 11% ethanol on average.

Hart expects the market to move from domestic usage at about 12 billion gallons to a 16 to 17-billion-gallon usage range over the next five to six years in part due to the E15 action. If realized, that would represent an increase over the 15 billion gallons of production called for in annual Renewable Volume Obligations under the Renewable Fuel Standard.

"We are not at the end zone yet,” said David Fialkov, vice president of government affairs, at NATSO, representing travel plazas and truck stops. “I think (fuel retailers) are being cautious before they dramatically change their model and product offerings to see how this all plays out and whether or not the E15 rule is here to stay.”