Cherry farmers strike back against imports

Michigan cherry farmers picked themselves up and got back into the orchards after a devastating frost seven years ago, but now they’re fighting a new kind of battle — one that many producers might not recover from if they lose.

A group of farmers and processors in Michigan and Utah have banded together to take on exports from Turkey, the source of a rising flood of low-priced dried tart cherries that, if unchecked, threatens to put producers out of business.

The stakes are high, but a legal battle being led by a handful of producers has produced its first major victory in what promises to be a long fight.

Earlier this month, the U.S. International Trade Commission made a preliminary ruling that “there is a reasonable indication that a U.S. industry is materially injured by reason of imports of dried tart cherries from Turkey that are allegedly subsidized and sold in the United States at less than fair value.”

That’s a problem dried tart cherry producers say they have known about for years, but have received no substantial help in fixing from lawmakers or the Commerce Department.

“It’s hard to pony up money,” said Michael DeRuiter, a Michigan cherry farmer, processor and chairman of the Cherry Marketing Institute. “We’ve been trying to go through the political route for years now. Unfortunately we didn’t get a lot of support for a ‘self-initiated’ trade case that would have helped us fund it, so the industry had to pay the cash, which is awfully difficult to do because processors have been losing money for years.” 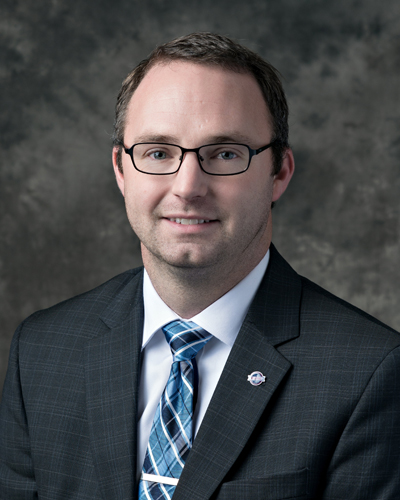 Producers like DeRuiter spent millions to build the market for dried cherries in the U.S., and now they’re spending a lot more than they’d like to defend it from imports.

In 2015, exporters from Turkey, a country that’s rapidly increasing its fruit production, shipped about 200,000 pounds of dried tart cherries to the U.S. It was a relatively small amount compared to U.S. production — roughly 20 million pounds per year — but the sales raised a red flag for U.S. farmers and processors like Don Gregory.

The Turks, who Gregory said have been following U.S. product innovation for years, were selling their dried cherries for 89 cents per pound. That’s an astoundingly low price when you consider it takes between four and five pounds of raw cherries to produce one pound of dried cherries. It’s also a price that’s less than a fourth of what companies like the grower-owned Shoreline Fruit in Traverse City, Mich., can sell their product.

The next red flag was raised in 2016 when Turkish exporters shipped twice as much as they did the previous year.

“It started out slow and then just exploded,” said DeRuiter.

Turkey exported 1.5 million pounds of dried cherries to the U.S. in 2018, taking away a massive chunk of the U.S. domestic market from American farmers and processors, who have spent millions building up demand here through marketing and advertising over the last several years.

“The amount of dried cherries being dumped in this country is growing exponentially over the last three years,” said Gregory. “If we don’t stop it, we won’t have a dry cherry industry in the U.S.”

Industry data shows that it's already looking like imports will rise even higher this year — much higher. Turkey shipped 542,125 pounds of dried tart cherries to the U.S. in January and February alone. That’s more than triple the 144,000 pounds in the same two-month period last year.

“They are selling below their cost of production and are putting no value on the cherry in order to grow their market share,” said a statement from the Utah Department of Agriculture & Food. “Because of the sinking grower prices in the U.S., Utah producers have had to store at least two seasons of harvest.”

DeRuiter said if the situation doesn’t change, he won’t last much longer.

“In about five years I’ll be out of business,” he said.

But the situation is looking brighter for DeRuiter, Gregory and the other farmers and processors.

If the USITC had ruled that American producers were not being harmed, the fight would have effectively been over. Now the ball is in the Commerce Department’s court. If it issues a preliminary decision that Turkey is dumping its dried tart cherries into the U.S. at unfair prices, that will enable the U.S. to levy preliminary duties.

But that’s far from the end of the legal process. Commerce and the USITC must then make final determinations on dumping and harm before Commerce can impose anti-dumping and countervailing duties and bring more permanent relief to the cherry processors and farmers in Michigan and Utah.

Still, the USITC decision this month was a big win for the several producers who put together the money to hire lawyers and file suits against Turkey without the financial support of the U.S. government.

“Michigan grows more tart cherries than any other state in the country,” said Sen. Debbie Stabenow, D-Mich. “This is a big step forward to help protect our world-famous cherry industry from unfair foreign competition.”