Growing farmer frustration over not being able to repair farm machinery without getting the dealership involved has led to Right to Repair legislation popping up in more states across the country over the last five years. Advocates say ag manufacturers and major farm groups are standing in the way of legislation being implemented but companies say they have no problem with farmers wanting to repair their equipment.

Right to Repair is legislation allowing consumers the ability to repair and modify their own electrical devices, including farm equipment.

Not being able to repair equipment in a timely manner is frustrating for many farmers who live several miles from a dealership and are constantly at the mercy of Mother Nature.

Schwarz has a good relationship with his dealers when it comes to repairing equipment but said that’s not the case with everyone.

“Those guys should have the ability to bring in a third party or be able to repair it themselves,” he said.

Schwarz believes in the ability to repair products. That is why he began advocating for state legislation on Right to Repair some four and half years ago. “Farmers fix stuff, that is what we do,” he said. 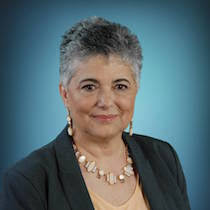 Gay Gordon-Byrne, executive director of the Repair Association, said there are about 20 states that have introduced some type of Right to Repair legislation. The first bill was introduced in South Dakota in 2014 but was defeated.

Byrne said since then, the number of bills being introduced has grown. In 2015, four bills were introduced; This year, 20 bills have been introduced.

“There have already been states asking for help preparing for 2020,” Byrne noted.

Louisiana has already pre-filed for 2020.

While Byrne said the increasing number of bills is good, the biggest challenge is getting state politicians to vote for this legislation because they fear upsetting manufacturing companies.

“When a big powerful company, let’s say Apple or John Deere comes knocking on their door saying ‘this is going to be terrible,’ they want to make those companies be their friend,” Byrne said.

This puts politicians in a tough spot, having to please both farmers and ag companies, so they ultimately reject the legislation.

Companies such as John Deere, a member of the Association of Equipment Manufacturers, say they don’t disagree farmers should be able to repair their own equipment but have modification concerns surrounding safety, sustainability, and innovation.

“To the extent the owner has the right to lawfully repair his or her equipment, Deere recommends against unauthorized modification of the embedded software code,” said Ken Golden, director, global public relations, at Deere & Company. “The embedded software code is designed and tested to ensure a positive and safe experience for customers.”

He added customers may choose to have service provided by John Deere dealers, where "trained technicians provide expertise and assistance with service issues in the shop or, in many cases, remotely in the field."

Byrne said it seems likely that push back from big companies is why there hasn’t been much activity for national legislation in the agriculture sector.

She noted the state legislative path is a more practical route for Right to Repair legislation because states can require manufacturers to comply with their specific law in order to do business in their state.

“Federally, the copyright has some control, but (the government) have already done nearly everything they can to make it clear that repair is legal,” Byrne said.

Several farm organizations have gone on the record in support of Right to Repair policies.

At this year's Commodity Classic, members of the American Soybean Association debated for several minutes on how exactly their policy language should read surrounding the Right to Repair. Ultimately, they settled on, “ASA supports the agricultural producer’s right to repair equipment and machinery.”

The American Farm Bureau Federation also has policy to support the "right to repair one's own equipment" and legislative action "to require agricultural equipment manufacturers to allow equipment owners and independent repair facilities to have access to the same" diagnostic information available at company dealerships. In February 2018, AEM and the Equipment Dealers Association in the U.S. issued a statement of principles, committing to steps to assist customers who want information to repair their own equipment. This came after they heard from farmers wanting access to this information.

“By 2021, we will provide the repair and diagnostic tools (farmers and ranchers) are asking for,” said Stephanie See, director of state government relations, at AEM.

By 2021 AEM’s offerings will make it easier to diagnose, maintain and repair equipment through a plug-in tool and onboard diagnostics, she added.

“This commitment that we’ve made to farmers is outside of any governmental policy,” See said. “We will be doing this regardless of where the debate of Right to Repair is happening.”