Stakeholders call for changes in wild horse and burro management

The situation for the wild horses and burros of the west is becoming worse, and action by the Bureau of Land Management (BLM) is being strongly encouraged by lawmakers and independent parties alike.

“The very animals and resources that the BLM is charged with management of are being negatively impacted and in some cases irreversible damage to our western rangelands are resulting from mismanagement,” J.J. Goicoechea of the Eureka County (Nevada) Board of Commissioners told lawmakers last month. “We cannot wait another two or three years to start on a path of correcting the wrongs of the last nearly 50 years."

The BLM manages roughly 248.3 million acres of land in the United States, including management of the free-range populations roaming it. In the western portion of the country, a high population of wild horses and burros are in Nevada, California, Arizona, Wyoming, Utah and Oregon. This includes both on-range animals and those who have been moved to off-range holding facilities in hopes of adoption.

Legally, the BLM must watch over these animals, according to 1971 legislation stating that the “wild free-roaming horses and burros shall be protected from capture, branding, harassment, or death.” This premise has been further built upon by appropriations riders similar to the latest one in 2016 prohibiting “the sale of wild horses and burros that results in their destruction for processing into commercial products.” Because BLM must maintain the health and prosperity of these herds, solutions to the overpopulation are crucial.

Currently the BLM estimates that there are 88,000 wild horses and burros on range, and almost 50,000 off-range in holding.

These numbers reach far beyond the Appropriate Management Levels (AML) that are set for these lands to be able to capably handle and remain healthy while also maintaining the health of the animals. According to the BLM, “Nevada currently has more than half of the total population with over 47,000 animals on public lands, which far exceeds the AML of 12,811 for the state.”

In July, Steve Tyron, Deputy Assistant Director for Resources and Planning at BLM, told the Senate Subcommittee on Public Lands, Forests and Mining that “addressing the multiple challenges of managing wild horses and burros will require congressional, stakeholder and agency leadership on a long-term, sustained basis.”

Aside from land and animal health issues for horses and burros on the loose, those in off-range holding are costing an average of $50,000 per animal for a lifetime of care. At those numbers, BLM will easily “spend more than $1 billion to care for and feed these animals over the remainder of their lives,” according to their testimony. 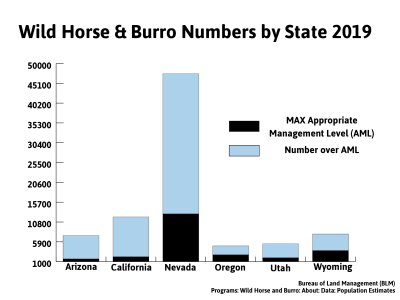 The plight of these animals is bringing a diverse array of stakeholders to the table, ranging from National Cattlemen’s Beef Association (NCBA) and Public Lands Council (PLC) to the American Society for the Prevention of Cruelty to Animals (ASPCA). The wide variety of solutions being proposed focus on a dedication to nonlethal methods of management with sterilization, herd management and adoption.

Sterilization and fertility control are among the most encouraged nonlethal options for improving herd management. The current primary fertility control vaccine is porcine zona pellucida, PZP, but it renders only temporary infertility in the mare for up to a year.

Permanent sterilization would require invasive surgery on mares, bringing health risks. There is also a shortage of veterinarians trained or willing to perform this procedure on wild animals. As Goicoechea candidly stated, “We’re talking about mares here. It isn’t difficult to geld a stallion, but a mare is a different story.”

Another management option calls for increasing the number of adoptions from the off-range facilities. However, that number has been on the decline, and even if it rose to record levels, it wouldn’t be enough to be a single solution. A partnership with the other management techniques is said to be crucial to lower the number of animals to somewhere near the AML.

The highly overpopulated ranges of the west are creating unhealthy herds of horses and burros and affecting the native wildlife, by forcing them to find forage and water elsewhere, because, Goicoechea noted, “horses are a highly dominant and aggressive creature.” 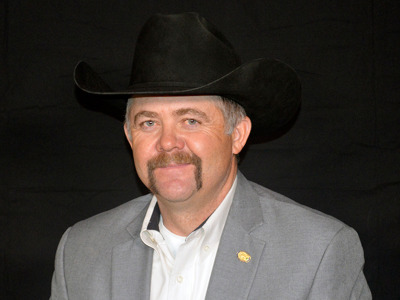 Management of these wild horses and burros is also a public safety issue. “In 2015 the Arizona Department of Transportation responded to a record number of calls about burros, wandering on the highways, with 44 animals being killed across the state and in 2018, 28 burros were killed in car collisions, just in Bullhead City alone,” said Sen. Martha McSally, R-Ariz. These safety hazards, she added, are creating massive concerns in these states and highlight the urgency this issue is to all invested parties and the public.

The often forgotten populations of wild horses and burros are now being highly scrutinized as health deteriorates, spending increases and risk to both the animals and the residents of those areas increase.

Steve Tyron, Deputy Assistant Director for Resources and Planning at BLM, claims that “an increase in resources would allow the agency to complete a proper management program,” and encouraged Congress to search for additional funds in the budget review.