White House officials are telling the U.S. ag sector that they are going to win big in the miniature trade pact announced on Aug. 25 after Presidents Donald Trump and Shinzo Abe met on the sidelines of the annual G7 summit, but details are either not being divulged or haven’t yet been nailed down, government and industry sources tell Agri-Pulse.

America’s farmers are going to be “very happy” with the deal, which will contain tariff cuts that resemble the increased access to Japan’s market in the former Trans-Pacific Partnership, one government official said.

But that’s nowhere near good enough, say industry officials who want to make sure their producers will be able to compete on a level playing field with other suppliers in Australia, Canada, New Zealand and the European Union.

The Trump administration held a conference call on the Japan pact for leaders of the U.S. ag sector last week, but many hung up disappointed after getting vague assurances and virtually no details.

“Everyone is nervous because no one knows anything,” one industry source told Agri-Pulse.

“Nobody is providing specifics,” another source said. “They’re talking in general terms.”

Will Japan cut tariffs on beef, pork, dairy, wheat, ethanol and wine to the same degree it promised under TPP? Will Japan accelerate the schedule for those tariff decreases to match the schedule for countries that stayed in the TPP (now retitled the Comprehensive and Progressive Agreement for Trans-Pacific Partnership)?

That’s the goal, said one government source, but farmers and ranchers are going to have to wait longer to know for sure.

Trump and Abe are both expected to attend the opening of the 74th United Nations General Assembly session later this month. It’s then that both countries are hoping to finalize the pact. Between now and then, U.S. ag leaders are hoping to get some details.

“We believe it is important that the United States and Japan reach a deal that will create a level playing field for U.S. dairy after having pulled out of the original Trans-Pacific Partnership,” International Dairy Foods Association President and CEO Michael Dykes said. “As more details of the agreement become clear, IDFA will continue to determine the impact on the dairy industry.”

The stakes are high for dairy. Japan is the third largest foreign market for U.S. dairy, but the industry is worried it’s already losing some of that market because the U.S. pulled out of TPP. Japan and the EU kicked off a new free trade agreement on Feb. 1, about a month after Japan and 10 other Pacific Rim countries implemented the CPTPP. Japan cut tariffs in both of those pacts, improving access for dairy, beef, wheat, pork, wine, fruits and vegetables. The U.S. was left out.

Japan buys roughly $300 million of cheese, whey, lactose and skim milk powder per year, but the EU and countries like Australia and New Zealand — with newly reduced tariffs — are looking to take some of that business away.

The U.S. Dairy Export Council estimates that if U.S. exporters don’t get on equal footing with their foreign competitors, U.S. dairy exports will drop by $90 million over the next five years.

Even with so little information coming out, some groups are optimistic.

“We don’t think there’s any reason we’d get less than even footing with our competitors in Canada and Australia,” said Steve Mercer, a spokesman for the U.S. Wheat Associates.

If the Trump administration does come through for U.S. wheat, it will be a major relief for the sector. The U.S. sells about 3 million metric tons of wheat to Japan yearly, but the U.S. grain is getting more expensive. Japan has already cut tariffs twice on wheat from Europe and CPTPP countries. As of April 1, U.S. wheat became about $20 per ton — roughly 55 cents per bushel — more expensive than wheat from Australia, Canada and elsewhere.

U.S. cattle ranchers are also optimistic about the deal with Japan — the largest foreign market for U.S. beef — and they are counting on it to put them back on a level playing field with other exporters from countries like Australia.

“Even though Japan is our biggest export market, we still face a 38.5% tariff, and unfortunately our competitors have a leg up on us,” says Kent Bacus, director of international trade and market access for the National Cattlemen’s Beef Association. “Australia, New Zealand, Canada and Mexico — their tariff is only 26.6% and it’s phasing down to 9%. So, if we don’t do anything soon, we’re going to see that gap grow.”

One sector that’s sure it will not get what Japan promised it in TPP is rice.

California’s rice farmers were promised a 50,000-ton duty-free quota for U.S. rice that would rise to 70,000 tons in 13 years under TPP, but that has been left out of the new trade agreement, at least for now, according to the USA Rice Federation. The only rice Japan buys from the U.S. is the medium grain variety from California. 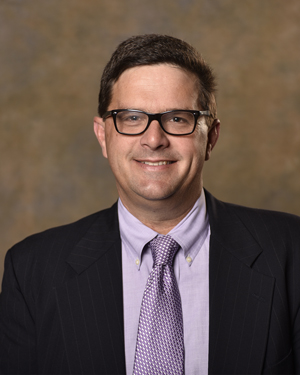 "While we are certainly disappointed to hear that rice wasn't included in last week's discussions, we remain committed to working with the U.S. government to realize improved rice trade," said Charley Mathews, chair of USA Rice. "At this point, we're faced with a 700 percent tariff on U.S. rice going into Japan, which translates to a lack of consumer access."

There is still some hope, though. The Japan FTA is being done in phases, and this one is merely the first, concentrating on ag, e-commerce and industrial tariffs. Still, further phases may be a long way off.

“This is supposed to be done in phases,” one industry source said. “This is phase one, but who knows when phase two will come.”

But the first phase isn’t even done yet, and the U.S. ag sector won’t likely rest until it is.

“This is very exciting news, but it doesn’t mean the deal is done,” Bacus said.