Opinion: Africa: Leapfrogging into the future

Dr. Agnes Kalibata, President of the Alliance for a Green Revolution in Africa (AGRA) told delegates attending the African agriculture forum last week in Accra, Ghana that Africa was “leapfrogging into the future.” There is significant evidence supporting her statement as African countries recognize agriculture as the center of their development policy.

The 2,800 delegates to the African Green Revolution Forum (AGRF), including 28 Ministers of Agriculture and representatives from 79 countries, were hosted by the President of Ghana, His Excellency Nane Addo Dankwa Akufo-Addo. H. E. Hailemariam Desalegn Boshe, the former Prime Minister of Ethiopia, was introduced as the new Chairman of AGRA taking the gavel from Strive Masiyiwa. Masiyiwa, who Forbes Magazine called “the Bill Gates of Africa”, introduced his successor “to complete the mission.”

The presence of the private sector increased significantly at this year’s AGRF. There were major international giants including Corteva, John Deere, Syngenta, Nestle and Land O’Lakes as well as many African companies and young African entrepreneurs. Uche Ogboi, the COO of Lori Systems, is a trucking company operating in nine countries with 10,000 trucks. Commodity exchanges are being established, and more processing of African commodities is being done on the continent by African companies. 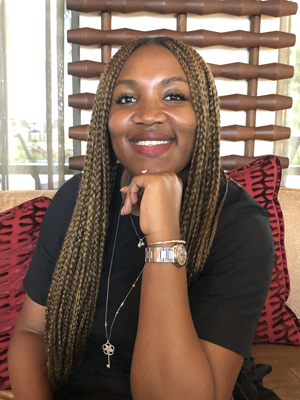 An expanded “Deal Room” was established to drive results and value chain development in order to support smallholder farmers. “We are happy to provide a partnership platform” Kalibata said, “to facilitate connections and above all look to add value to every deal and add opportunities for farmers to enhance productivity.” The Deal Room brought together literally hundreds of businesses including a session dedicated to expanding the poultry industry in Ghana.

Former Prime Minister Tony Blair has established an institute operating in 14 African countries elevating agriculture to the top of the respective political structure in those countries. Last year’s delegation from Israel grew to include private sector companies led by the Israeli Ambassador to Ghana. The Tony Blair Institute along with AGRA and Volcani (the Israeli agriculture research Institute) jointly released a report entitled “How Israel Became a World Leader in Agriculture: Insights for Developing Countries.”

A new Seed Systems Group was announced to, “bring quality seed to every village and every farmer in Africa.” 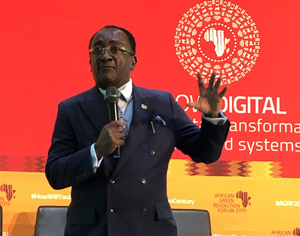 Perhaps the sense of progress and optimism that was felt by all attendees was best captured by the Agriculture Minister from Ghana, Dr. Owusu Afriyie Akoto. Addressing a session entitled, “Leadership for Agriculture” he said:

“Agriculture in Ghana is recognized as the mainstay of the economy with greater impact of poverty reduction, compared to other sectors. I believe the sector holds similar positions and plays a major role in your respective countries.

The future of agriculture: Turning manure and food waste into a valuable resource
Africa and the UN Food Systems Summit: Opinion
Opinion: Move Over, Kale - Eggs Are the Food of the Future

Bill Gates predicted in a video message that Africa can be food self-sufficient by 2030; Dr. Kalibata’s goal is that this will be the last decade dealing with food security in Africa.

It is possible. However, at the same time, the Forum participants recognized the challenges to accomplish this ambitious goal. Some of the major challenges that lie ahead include:

No region of the world has built a modern economy without first strengthening its agriculture sector, including the United States. In Ethiopia, 25 years of steady growth in the farm sector has cut rural poverty in half and in Rwanda poverty has been reduced by 25% over the same period. The African Union has urged all its members to devote at least 10% of its respective budget to agriculture. Some countries, like Mali, are devoting more than 10% of their budget to agriculture development.

Eliminating hunger in Africa and turning smallholder farms into profitable businesses is a very ambitious goal. But last week in Ghana it felt within reach. The leadership of the private sector supplemented by the NGO’s, UN agencies and the African Union, all coordinated by AGRA, has catapulted some of the African countries into the fastest growing economies in the world.

The Forum this year was dedicated to the memory of Kofi Annan, who passed earlier this year. Mr. Annan was from Ghana served as Secretary General of the United Nations. He then served as the first Chairman of the Alliance for a Green Revolution in Africa. He gave the keynote address ten years ago at the first Forum held in Africa (which was also held in Accra). He said at the time: “Working together we have power. Partnerships are essential to achieving transformative change. African agriculture must take a quantum leap forward. And this means we must join together.”

Mr. Annan must be smiling at the progress that has been achieved since he made those comments.

Marshall Matz specializes in agriculture and food security at OFW Law in Washington, D.C. He was appointed AGRA’s Ambassador to the United States by Kofi Annan. mmatz@ofwlaw.com.