Medicare for All proposals being advanced by leading Democratic candidates and introduced in Congress would have sweeping implications for rural residents and their rural hospitals, many of which are struggling to stay in business. Whether the plans would save rural hospitals, or stress them further, would ultimately depend on legislation and how the plans were implemented.

Medicare already covers about seven-eighths of health care costs for the elderly and disabled. So, for sustaining health care and hospitals in rural America, expanding Medicare to the entire population would be a big deal.

The proposals that have been introduced in Congress range from those promising top-to-bottom coverage to various expansions of the public option already available under Obamacare. There's also a proposal to offer reduced-cost plans that extend Medicaid to low-income people, including in the 14 states that haven’t so far expanded it under Obamacare, according to an analysis by the Kaiser Family Foundation, and some would provide access to Medicare starting at age 50 (rather than 65).

Both a Medicare for All bill now co-sponsored by over 100 Democrats in the House of Representatives and a very similar Senate bill championed by presidential candidates Sens. Bernie Sanders of Vermont, Cory Booker of New Jersey, Kamala Harris of California, and Elizabeth Warren of Massachusetts would replace the Affordable Care Act, better known as Obamacare, as well as Medicare and Medicaid, which now covers low-income residents, with a universal national health insurance program run by the Department of Health and Human Services. Their bills propose covering all hospital services, prescription drugs, plus mental health, long-term, and dental care, and there would be no copays or deductibles. Private insurance companies would be left to offer supplemental coverage if they wished.

The key issue for rural hospitals is that while Medicare reimburses providers at lower rates than private insurers, more people would have health coverage if Medicare were expanded to every resident, said Karen Pollitz, a senior fellow and analyst for the Kaiser Family Foundation.

“Under the Medicare for All proposals, benefits would be much more comprehensive than under today’s Medicare program and cost sharing (by patients) would disappear,” Pollitz said, and “to the extent hospitals are treating uninsured patients and providing uncompensated care, they wouldn’t have to do that anymore.”

The Medicare for All bills don’t specify just what reimbursement rates are being proposed. And if those bills did not increase the current rates at which hospitals and doctors are reimbursed, an administrator in western North Dakota says his patients and health care facilities would take a big hit.

Darrold Bertsch. chief executive for Sakakawea Medical Center, a rural hospital in Hazen, N.D., and a group of four local clinics in the same region of the state, says Medicare is supposed to pay the full cost of providing service. But he says some ancillary costs (phones, televisions, marketing, etc.) aren't supported, and “we’re paid around 91 to 92% of our costs. So, if that is the case, we would always be on the downside unless there were a way to make up the differential.” 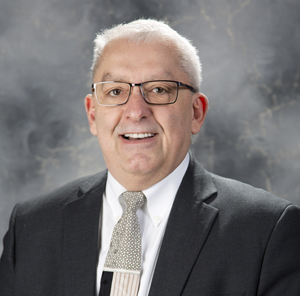 “We’re anxiously watching that (legislation), should it come to fruition,” Bertsch says.

What's more, Elehwany says, “the rural population tends to be older, poorer and sicker (than urbanites) … so (rural hospitals) are more reliant on both Medicare and Medicaid."

Elehwany says 113 rural hospitals have closed in less than 10 years, and the rate of closures has been increasing. So, she says, NRHA is much more focused on existing problems than on what lawmakers and candidates are proposing. Rural hospital concerns start with repeated cuts in Medicare reimbursements in recent years and failure of some states to opt for Medicaid expansion to cover low income people.

Congress has made “a whole series of cuts” in Medicare funding that affect rural hospitals,” she said, including a budget sequestration that “was not targeted at all; 2% across the boards.” Plus, she says, Congress terminated the right of rural “critical access hospitals” to write off accumulated “bad debt,” which has swollen 50% since Obamacare was passed back in 2010. Last year, estimates by iVantage Health Analytics said “46% of rural hospitals actually operate at a loss.”

None of the Medicare for All proposals are going anywhere unless Democrats win control of the White House and the Senate. Even then, it would be an uphill battle.

Neither the Republican-controlled Senate nor President Trump would support such a vast change in health care coverage, and it's not clear most Democratic voters would either. A nationwide Monmouth University Polling Institute survey of 300 Democratic voters in August found that 81% wanted a presidential candidate who supports Medicare for all. But subsequent questions found more than half of them see the phrase “Medicare for all” as just having a broadly available and affordable public option while retaining current choices for private insurance. 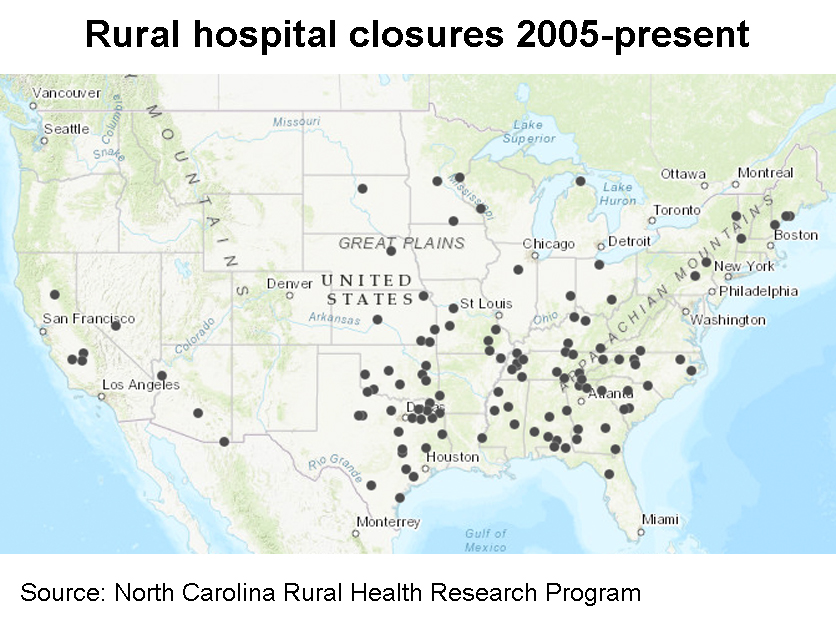 Even a Medicare public option could be a problem for rural hospitals, if employers who now offer private insurance were to drop their coverage and leave their workers to Medicare, according to a study by Navigant Consulting sponsored by a coalition of hospitals and insurers called the Partnership for America’s Healthcare Future.

Sen. Marsha Blackburn, R-Tenn., has advanced several bills, including a bipartisan proposal to create a Rural America Health Corps to repay medical school debt for those in various health care occupations who commit to a rural practice, and another to incentivize the establishment of alternative models of health care centers that would, for example, have doctors, nurses and other specialists ready to provide urgent and emergency care, provide a base for air or ground ambulance service, etc.

“We’re all in favor of right-sizing for a community,” Elehwany says, and NRHA wants rural communities to be able to “grow their own” health care facilities and services.

“Our biggest concern is the closure of emergency rooms,” Elehwany says. “What are you going to do with the heart attack that occurs at 2 in the morning … or the accident?” she asks.

A new system replacing a local hospital might be “an emergency room with only outpatient service. So, have the emergency care for your community, and have outpatient care for what they need … maybe a pediatric program for the local schools,” she suggests. 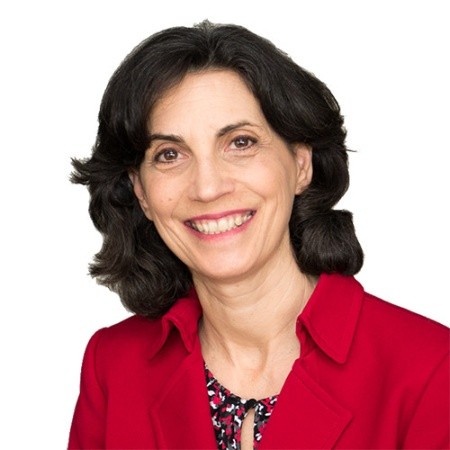 Bertsch adds that North Dakota has 36 small rural facilities called critical access hospitals, and he hopes for "legislation that would allow communities to kind of tweak what’s pertinent to … their needs: maybe a community health center/clinic that has some additional services. I think, in the future, these smaller communities with declining population are going to need to look at other options, and I hope there are other options made available to them.”

Marilyn Serafini, director of the Bipartisan Policy Center’s Health Project, takes the same view: “We need to make (rural health care) viable, we need to make it financially possible for these systems to be able to transform into what’s needed. Right now there’s too much financial encouragement to keep inpatient beds.”

“Every community is different,” she says, “so we need to provide the incentives to allow the health systems and the providers in each community to go with what makes sense.”

Legislation addressing such rural health care issues may be soon introduced and possibly passed next year. Staff for Sen. Chuck Grassley, R-Iowa, who has already gained Senate Finance Committee approval of his bill to force down prices for prescription drugs, for example, says Senate “policy teams will be meeting over the next couple weeks” on rural health care issues, but could not divulge more at this point.

Meanwhile, several Democratic presidential candidates are emphasizing rural health care improvements in their campaigns, and a survey of 2,600 Americans (nearly half were rural residents), sponsored by the Bipartisan Policy Center and American Heart Association, found three in five voters think a focus on rural health is so important they would vote for a candidate in the 2020 election who prioritized rural health improvements.