The Federal Agricultural Mortgage Corporation, best known as Farmer Mac, hired Todd Batta to serve as the new vice president of government affairs. Batta previously served as the executive assistant and senior policy adviser to Dallas Tonsager, the former Chairman of the Farm Credit Administration (FCA). Before joining FCA, Batta served as the assistant secretary for congressional relations for the U.S. Department of Agriculture.

Ag Secretary Sonny Perdue has officially sworn in DJ LaVoy as USDA's new deputy undersecretary for Rural Development. LaVoy boasts 22 years of experience in housing and economic development at the Department of Housing and Urban Development. Most recently, he was HUD's Deputy Assistant Secretary for the Real Estate Assessment Center.

Howard Minigh has announced he is stepping down as CEO and president of CropLife International. Giulia Di Tommaso has been selected to serve as the new CEO and president, bringing experience as a leader in executive global roles, including strategy, transformation change, sustainability, communications, reputation management, risk and issues management as well as legal and compliance. Before joining CropLife International, Giulia was chief communications & sustainability officer at the Ferrero Group.

Kind Healthy Snacks promoted Michael Barkley to serve as its new CEO. He succeeds Daniel Lubetzky, who has been elevated to executive chairman. Lubetzky founded Kind in 2004. Barkley previously joined Kind last fall as president and COO. Before that, Barkley was with Pinnacle Foods, where he was president of Boulder Brands from May 2017 to August 2018. ... Succeeding Barkley as COO is Daniel Poland. He most recently served as executive vice president and chief supply chain officer at Pinnacle Foods. Doug Behrens has been named chief customer officer. Prior to joining Kind, Behrens was president of Amplify Snack Brands. Rebecca Bagin has been named chief human resources officer. She most recently was chief human resources officer at Tory Burch, and earlier spent 14 years at Campbell Soup Co. 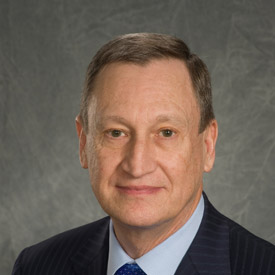 Indigo Agriculture has expanded into Europe and will open its headquarters in Basel, Switzerland. Georg Goeres has joined Indigo as head of its European operations. For the past fifteen years, Georg worked in various leadership roles for Syngenta, including head of commercial operations and strategy.

North Dakota Agriculture Commissioner Doug Goehring was elected to serve as the 2019-20 president of the National Association of State Departments of Agriculture. Goehring will host the 2020 NSDA annual meeting in Medora, N.D., next September.

The Global Cold Chain Alliance (GCCA) has hired Jason Troendle to serve as the director of market intelligence and research. Troendle previously served as a senior business analyst for the Context Network. Troendle has a master's in applied economics and management from Cornell University. 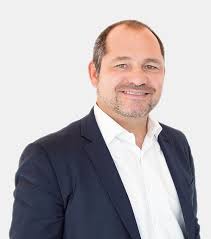 This week brings a handful of changes to the minority staff of the Senate Ag Committee. Claire Borzner has joined the staff to cover nutrition, specialty crops, food safety, international food aid and hemp issues. The Holy Cross grad previously worked in the Capitol Hill offices of Rep. Mike Doyle, D-Pa., and Sen. Bob Casey, D-Pa. … Khadija Jahfiya is a new legislative fellow with the committee, where she will work on nutrition, local foods, specialty crops, and other issues. She comes to the committee from UNC Chapel Hill, where she completed her Masters studies focusing on childhood obesity and other issues. … Current staffers Kyle Varner will now focus on trade issues and Rosalyn Brummette will handle biofuels and related issues.

Lance West has left the Senate Energy and Natural Resources' Democratic staff where he served as the deputy staff director to begin a new role as chief of staff in Sen. Joe Manchin’s, D-W.V., office.

Tiffany Angulo has been promoted to legislative director for Rep. David Schweikert, R-Ariz. She previously served as policy adviser and covers the portfolio for immigration and telecommunications.

Roscoe Jones has left Rep. Abigail Spanberger’s, D-Va., office where he served as the chief of staff. He previously worked in the offices of Sen. Dianne Feinstein, D-Calif., and Sen. Cory Booker, D-N.J. Stepping in at Spanberger’s interim chief of staff is Bonnie Krenz. She previously served as a legislative assistant covering the agriculture and food, energy, environmental protection, and natural resources portfolio

Lea Sulkala has left the office of Rep. Linda Teresa Sánchez, D-Calif., where she served as the chief of staff.

Covering the labor, employment and transportation portfolio for Rep. Don Young, R-Alaska., is Kevin Swanson. Swanson is the new legislative assistant, he previously served as a senior associate at Michael Best Strategies LLC.