Fees will rise for farmers by 11.7% under the Agricultural Lands regulatory program and by 9.5% for ranchers under the Confined Animals Facilities (CAF) program. The State Water Resources Control Board approved the increases yesterday.

The board additional fees will cover the costs for staff and operations in implementing the water quality programs. Ag Lands is running a projected deficit of $815,000, with the new fees bringing the total current budget to $7.8 million. CAF would be short by $477,000 without the fee increase. Its budget is now projected to be $5.5 million.

The board’s approval for the ag lands fees wraps up eight months of challenging negotiations and six meetings between agricultural groups, board staff and other stakeholders. The discussions involved brainstorming ways the industry can help the state reduce the costs by taking on more duties and by finding ways to streamline processes.

The approved option grants more flexibility for new permitting regulations that will be implemented in the San Joaquin Valley. It also lowers the fees for rice growers, winning the approval of the California Rice Commission and CEO Tim Johnson. He called it a “fair and transparent approach,” but added that it “represents significant compromise on behalf of the agricultural community.” The fee raises have increased over multiple years, including an additional 8.9% and 16.9% in 2018.

For CAFs, J.P. Cativiela of the Dairy Cares coalition said the program needs a better accounting of time for the staff working on dairy. He said some have been working in the bovine and poultry programs as well.

Cativiela said: “We’re concerned that the overall cost to the program goes up, while the size of the regulated community goes down.” He added that he’s seen 30 fewer dairies than when he started working in this area. 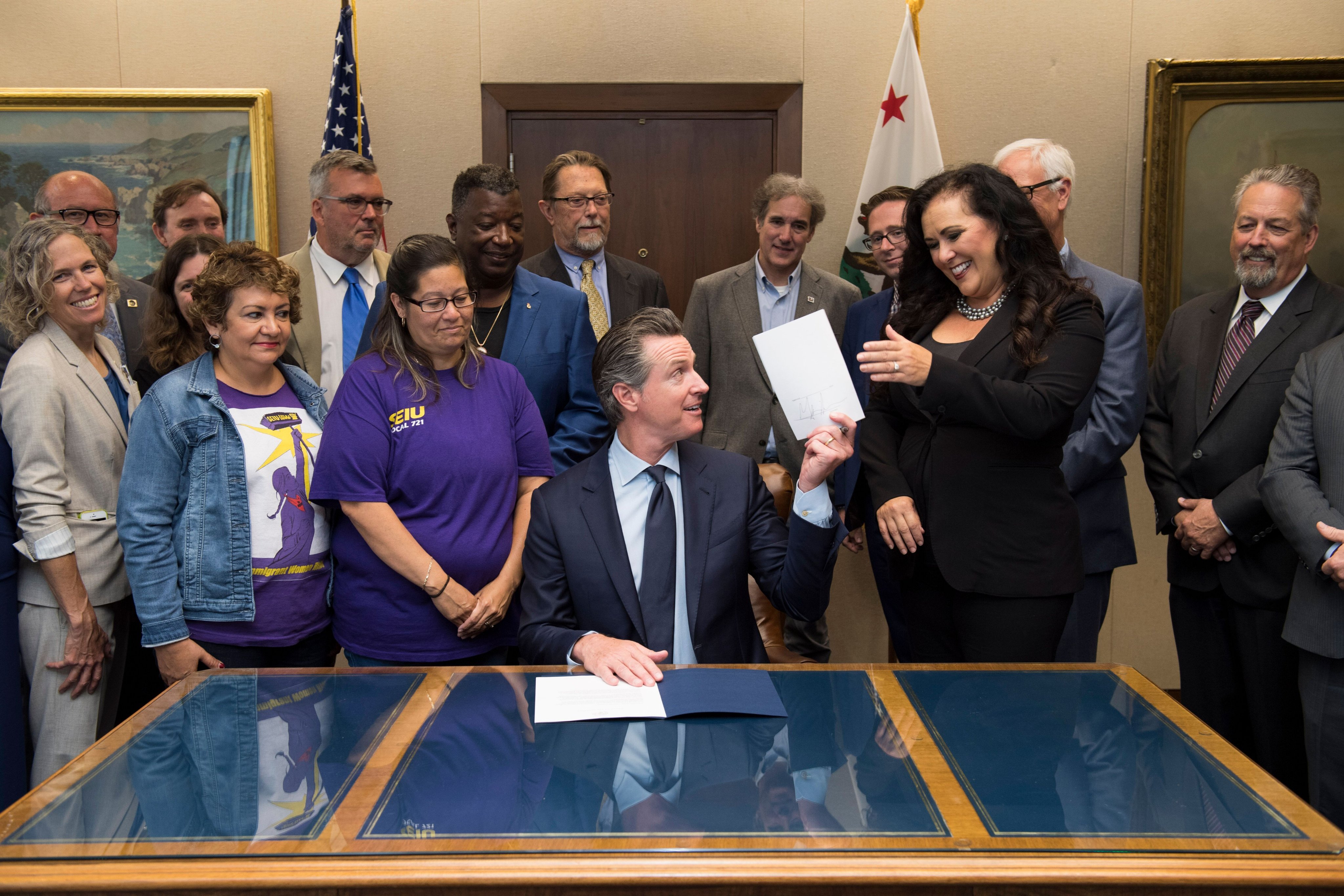 In signing the legislation, Newsom said in a statement the next step is “creating pathways for more workers to form a union” for collective bargaining “while preserving flexibility and innovation.”

Ag truckers who were owner-operators had opposed the labor bill, saying it would not provide the flexibility that independent contracting did.

Read more about AB 5 and other bills in a look back on the legislative year at Agri-Pulse.com.

House Democrats have finalized a stopgap government funding bill, and it includes a compromise provision on the Trump administration’s trade assistance to farmers.

The continuing resolution, which is needed to keep the government operating after Sept. 30, would replenish USDA’s borrowing authority under the Commodity Credit Corp. But the legislation also would order USDA to provide estimates for its Market Facilitation Program payments along with an analysis of the trade damages used to calculate them.

The report, due Oct. 31, also is supposed to detail all trade assistance given to companies that are foreign owned.

Keep in mind: Ahead of the bill’s release Wednesday, House Ag Chairman Collin Peterson downplayed the significance of what would be required by the bill, saying it was information he already had access to. Peterson says he talked House leaders into renewing the CCC authority that USDA has been using to provide $28 billion in trade assistance.

The CR, which would fund the government through Nov. 21, also includes $16.4 million for USDA’s Agricultural Marketing Service to implement a new hemp production program required by the 2018 farm bill.

On tap today: Bill Northey, USDA’s undersecretary for farm production and conservation programs, is likely to be questioned about MFP and disaster aid when he appears before the House Agriculture Committee this morning. The hearing was announced only Wednesday, as House leaders were still finalizing the CR.

Democrats still don’t think the Trump administration is going far enough to ensure Mexico will follow through with labor and environmental reforms required by USMCA, but several lawmakers say the two sides are coming closer to a deal.

“There’s a sense that there’s a ways to go, but we’ve made some progress,” House Ways and Means Chairman Richard Neal told reporters Wednesday after a meeting of the working group. 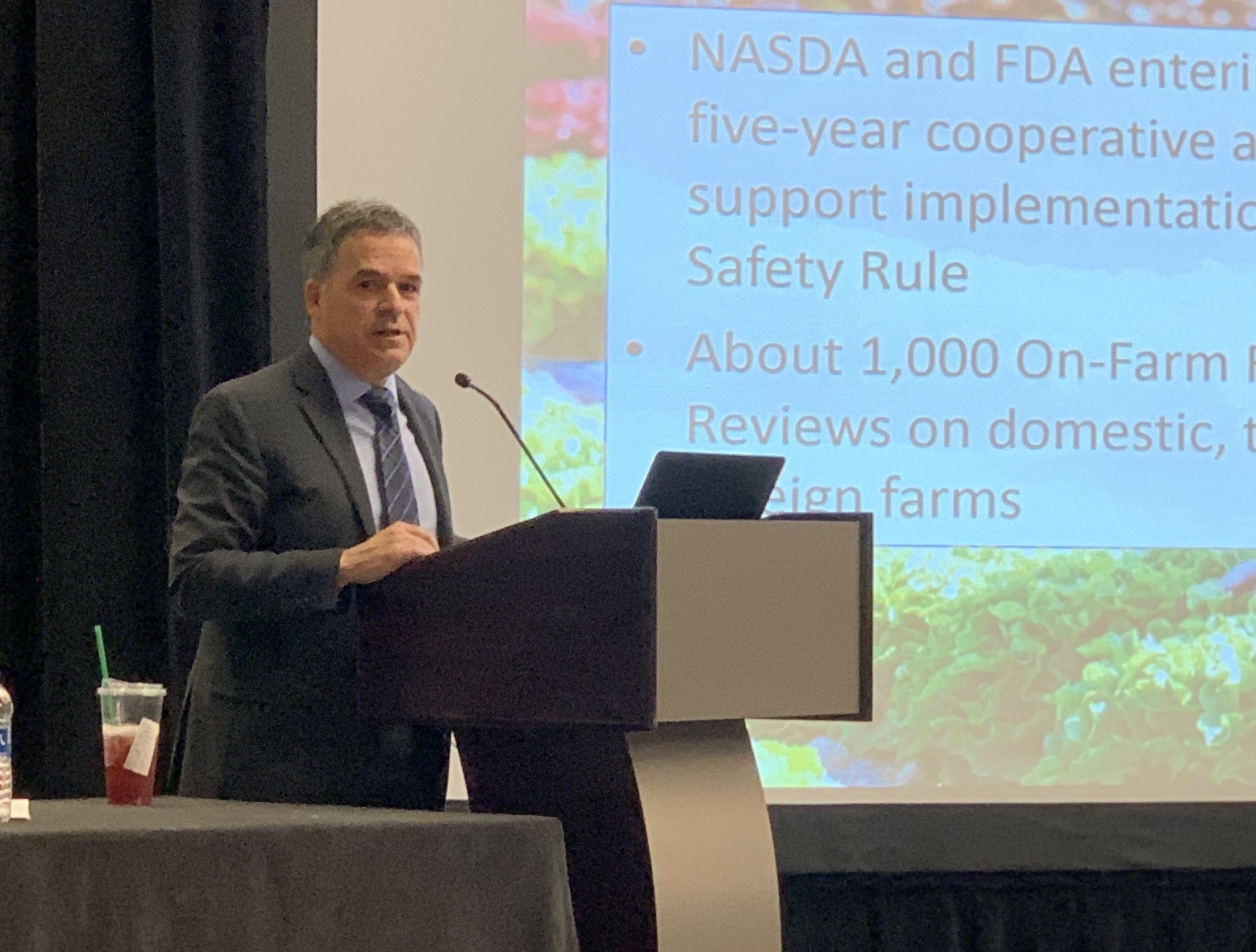 FDA is preparing to roll out an initiative called “Smarter Food Safety,” and the agency’s food safety chief insists that it’s going to have substance to it. Frank Yiannas, FDA’s deputy commissioner for food policy and response, says the initiative will have several facets.

The effort will include using blockchain technology to speed up tracebacks, and artificial intelligence or machine learning to find ways to prevent foodborne illness outbreaks from ever occurring.

Speaking to members of the United Fresh Produce Association, Yiannas said it’s critical that the food industry needs to accelerate tracebacks and that will require better cooperation along all points along the food chain, including among distributors and retailers. “Retailers have to step up … it’s a great challenge,” he said.

He said “the food system has one Achilles heel. It’s a lack of traceability and transparency.” 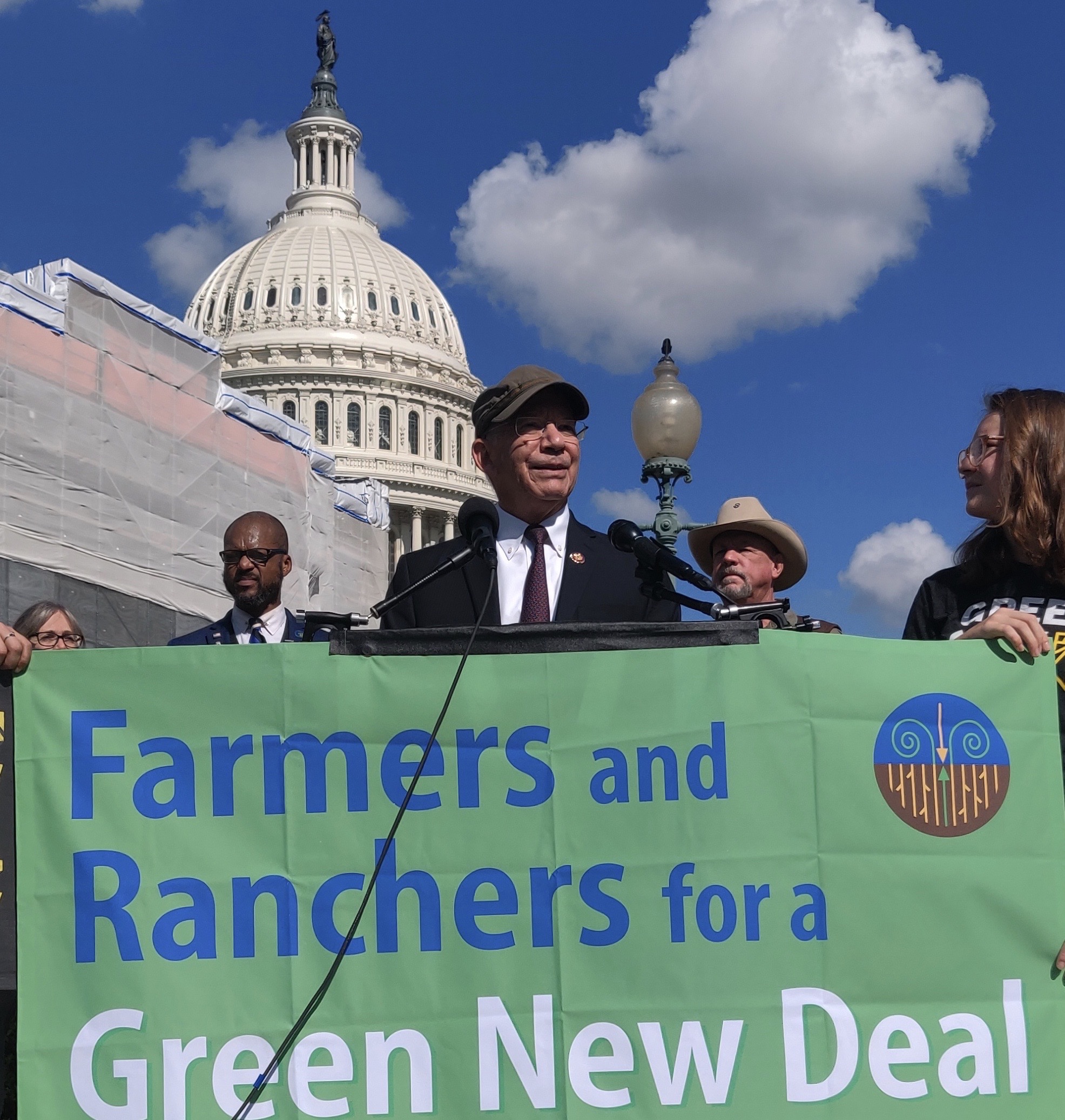 A group called U.S. Farmers and Ranchers for a Green New Deal is lending support to the efforts of some House Democrats to enact sweeping climate change legislation. Representatives of the group, which claims about 10,000 members, appeared at the Capitol with several House Democrats Wednesday and released a letter co-signed by about 50 other groups.

Speakers at the event included Democratic Reps. Chellie Pingree of Maine and Jim McGovern of Massachusetts, both members of the House Agriculture Committee, and Rep. Peter DeFazio, D-Ore, as well as Will Harris of White Oak Pastures in Georgia.

Harris joked he’s both too white and too agrarian to be a member of "The Squad," a group of House progressives that includes Rep. Alexandria Ocasio-Cortez. But Harris says the Green New Deal "is a point where AOC and The Squad, and Will Harris and White Oak Pastures, can find some common ground."

“If you want to know what creativity and courage looks like in America, talk to a farmer. I have 1,800 farms in my district, and the truth is I wouldn’t last two minutes as a farmer. They are tough, they are resilient, and they keep our society going.” – Rep. Jim McGovern, D-Mass.